With the sun showing a broad smile, Ty Gainey placed his lawn chair in prime real estate: under the shade of his tent. He had a dual purpose in mind for being at that strategic location: to beat the rising mercury and to not miss a bit of the 2012 Visions of Victory parade celebrating Juneteenth, also known as Freedom Day.

Gainey was multitasking at his tent as he juggled watching the parade and trying to lure parade spectators to buy chicken and other kinds of food from his street-side stand, situated in a parking space on the 1200 block of South State Street.

“I’m satisfied with this year’s version of the parade. It’s nice and wouldn’t add anything more to it. I specially like the two bands and the dancers,” Gainey said.

He was referring to the Approaching Storm High Stepping Marching Band from Brooklyn and to the band and dance team from the Syracuse Elks Lodge 1104. 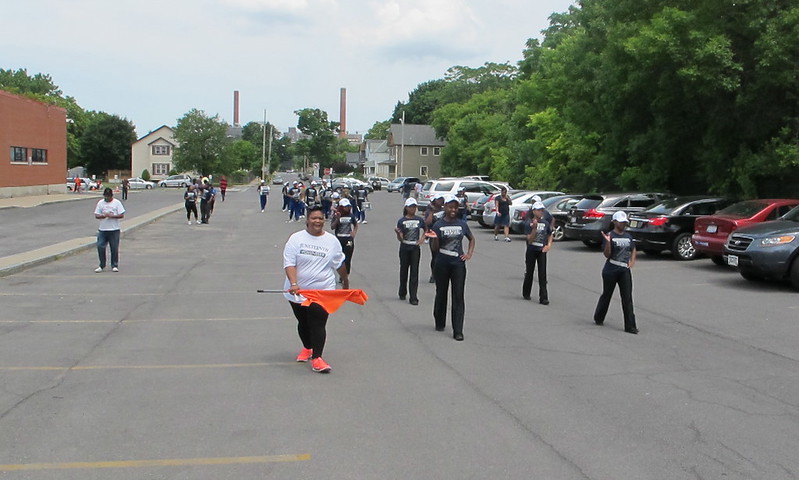 In between the march, contingents hailing from the Syracuse Model Neighborhood Facility Promoting Responsiblity in Drug Education (PRIDE), the Southwest Community Center Mainstream, the Syracuse City School District Literacy Zones, the Mothers Against Gun Violence and the National Council of Negro Women were represented.

The parade ended about an hour later at downtown Clinton Square. 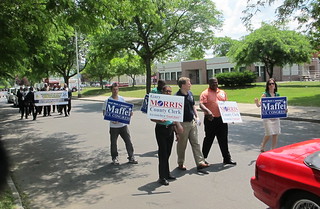 Being an election year, local politicians didn’t miss the chance to get some photo ops at the parade.

Among the pols spotted were rivals Ursula Rozum, 28, and Dan Maffei, 43, both running for the seat corresponding to New York’s 24th congressional district in the House of Representatives, in the lines of the Green and Democratic parties, respectively.

The GOP candidate Ann Marie Buerkle was a no-show.

Maffei said what he enjoyed most of the march was the fun part, like seeing the kids coming out of the doors of their homes screaming “Hey, it’s a parade.” 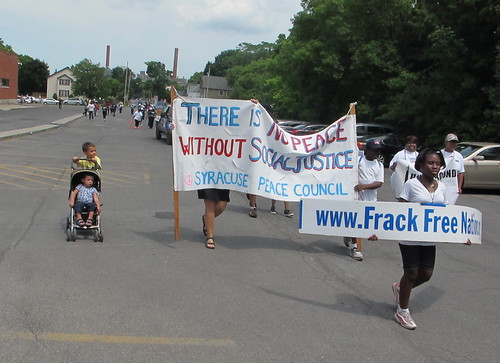 On the other hand, Rozum was not all that happy because she said that she was not allowed by the parade organizers to campaign during it nor to carry signs or placards with political slogans in the course of the march while Democratic Party operatives carried signs saying “Maffei U.S. Congress.” Rozum said she was there representing the Syracuse Peace Council, where she works as a staff organizer, but not representing her congressional campaign.

“The council is proud to be part of the parade to celebrate with the community and to emphasize that there is no peace without social justice,” she said. “Juneteenth is an integral component of people’s history, of their struggle for freedom.”

Maffei said that even today local citizens are struggling in their everyday lives, some having to work two or three jobs to keep their heads above the water. “In view of this, it’s important for the community to come together at events such as the parade. I came here to show my support.”

Meanwhile, Gainey stayed away from the political fray and focused on his chicken business, saying that it had been slow during the parade. “I hope it would pick up later in the day,” he said. “The business is usually pretty good in the summer.”

— Article by photos by Miguel Balbuena, The Stand Community Correspondent 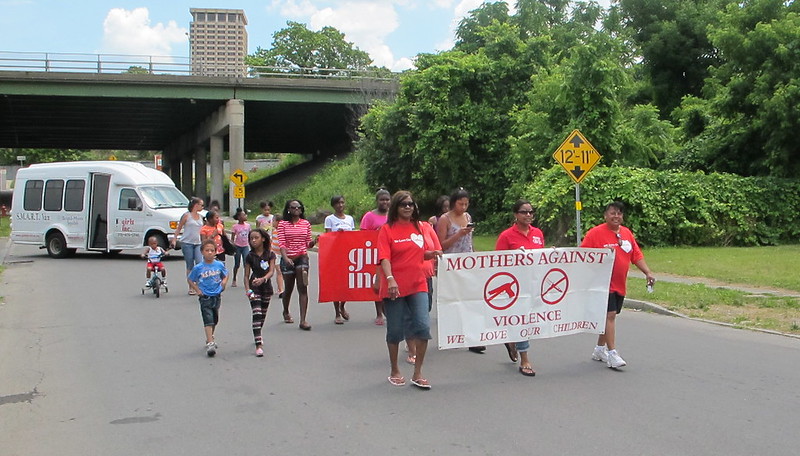