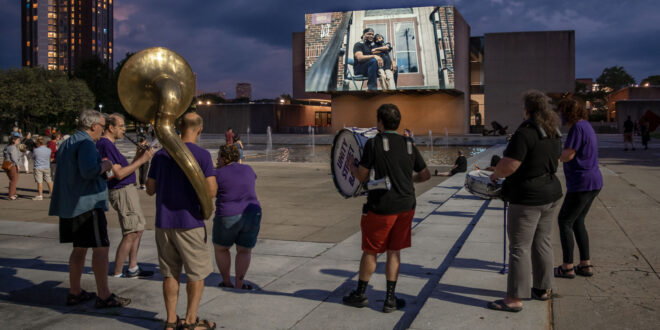 Photo Contest Winners to be Revealed

Four winners will be chosen in each category:

All are invited to join The Stand on the evening of Aug. 21 as winners are announced on the premier night of The Summer Photo Contest Screening with the Urban Video Project. Doors open for this pre-event at 6:30 p.m. Attendees will gather at Wildflowers Armory‘s downstairs event space where prizes will be awarded to winning community photographers. The event will also include tabling, a raffle for attendees and opportunity to share feedback on future offerings by the South Side Newspaper Project and future story ideas for The Stand. For the award presentation, enter the building on the Fayette Street side, 217 S. Salina St.

By dusk, attendees will make their way to the Everson Museum for the first of three nights showcasing this summer’s Photo Contest winners with the Urban Video Project, an outdoor projection venue. The screenings start at dusk (around 8 p.m.) each evening Aug. 21-23, displayed on the side of the Everson Museum, 401 Harrison St.

Baker runs Syracuse In Focus (@sif3.0).  His multimedia work showcases the people, places and cultural milieu of CNY. He is a native of West Grove, Pennsylvania and a graduate of American and Syracuse universities. He grew up with a fond appreciation for the work of Gordon Parks and W. Eugene Smith.

Marilu is a freelance photographer based in Syracuse. She holds a bachelor’s degree in public communications from the University of Puerto Rico and a master’s degree in photojournalism from the S.I. Newhouse School of Public Communications.

From film to digital, Mike has been behind the lens since 1979. With an eye for the perfect shot, Mike has worked as a staff photographer for the Syracuse Post-Standard Newspaper (Syracuse Media Group). Additionally, he is an on-location, editorial photographer, with photos appearing in “Life,” Time” and “The New York Times Magazine.”

Zau is a former ITC Media student and intern for The Stand. In 2017, he won the InterFaith Works Racial Social Justice Award and works with Catholic Youth Organization in the North Side to help incoming refugees with translation and to move into their new homes. He graduated from SUNY Potsdam and is working toward earning an MFA in graphic design.