“I told him, you get up and go to school, no matter what,” Annie Wright said. 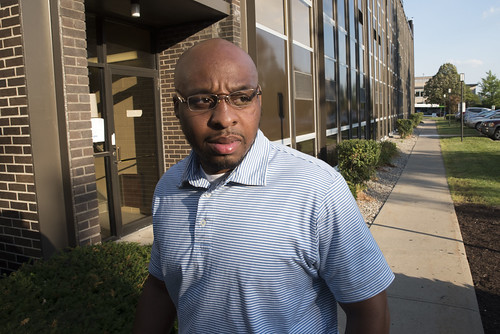 Wright earned his GED in 2004 while serving time in Jamesville Correctional Facility. Next he began to take classes at Onondaga Community College from 2004 to 2006.

“School gave me balance,” he said. “But when I left school, it was back to the war zone.

“It’s kind of strange when I think back on it. How was I able to partake in all this other activity and still be good in school? I was going to OCC and at nights have gun shootouts.”

His time at OCC was cut short when he was one of 14 indicted by way of the federal Racketeer Influenced and Corrupt Organizations Act, or RICO, in August 2006.

After serving 70 months in federal prison, he was released in 2012.

In April 2015, Wright graduated with an associate degree from Bryant & Stratton College. He returned there in September to start work on another business degree.