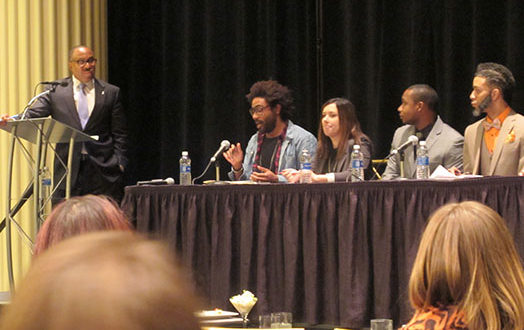 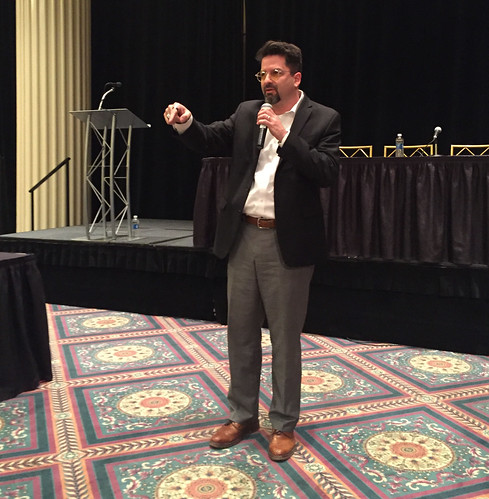 Jeff Olivet, CEO for the Center for Social Innovation, speaks at a public forum on homelessness and racism in Syracuse held March 8, 2017 at the OnCenter. | Provided Photo

People of color are more likely to become homeless and, once so, remain homeless longer than people of other backgrounds, according to the Center for Social Innovation, a national advocacy group working to understand and alleviate the web of social issues connected to inequality.

A public forum on Racism, Homelessness and Creating Change was held March 8 by the Housing and Homeless Coalition of Central New York and the Rescue Mission. National experts and local leaders spoke unapologetically about how racism exists in the agencies and in social service providers — all charged with helping our city’s most vulnerable. Speakers included Jeff Olivet and Marc Dones of the Center for Social Innovation and community advocate Isaac Rivers. George Kilpatrick served as the panel moderator as well as master of ceremonies for the event.

Olivet, who is a national leader on homelessness, poverty and issues associated with such struggles, explained that homelessness is not an equal opportunity offender. “It targets African-Americans,” he said, noting research studies by George R. Carter III of the U.S. Census Bureau.

Working with organizations across the nation, Olivet helps improve strategic planning and innovative solutions to tackle this issue through a nationwide project called SPARC (Supporting Partnerships for Anti-Racist Communities). Syracuse is one of 10 cities across the nation partnering with SPARC to conduct research in two ways — data via the hard numbers and qualitative measures by collecting individual personal accounts.

SPARC team members spent one week in Syracuse last month interviewing people living on the street to document the scope of the problem. By the end of their study, the team will have 200 personal accounts to analyze, Olivet said, with a goal to collect 20 stories in each city.

In each city, the SPARC team holds public discussions, trains providers, and collaborates with leaders in housing, health care, education and criminal justice. By engaging stakeholders in a productive conversation, the goal is to educate on how race and racism result in disproportionate homelessness for people of color.

“Homelessness is not an isolated person — it is a crossroad of everything that is wrong,” Olivet told the crowd. He continued to explain how the long-standing social systems in our nation developed racism — starting with slavery and ending with mass incarceration today.

To start dismantling racism, Olivet said, “we must first acknowledge there is a problem.”

Dones, also with SPARC and a leader in equity-based systems transformation, took a historical perspective. He noted how policies like racially restrictive covenants and redlining restricted where people of color could live. “These were ways of policing who had access to what,” he said. “We talk about policy like it’s arcane, but policy builds cities.”

He explained that racially restrictive covenants could make it illegal for African-Americans to live in certain homes. Such a contract would prohibit the purchase, lease or sale of a piece of property by a particular group of people. “And because of redlining, communities of color went into long periods of time with no investment,” he said, explaining further that businesses that wanted to open in these neighborhoods couldn’t get mortgages. The result, he said, was decades of systematic discrimination.

“So when you ask why is that neighborhood like that,” he began, in reference to blighted urban blocks, “it’s because someone made it that way.”

Policy has an influence, but he encouraged those in attendance to consider that policy or government authority is not required for someone to care. “We can care about each other because we know it is what we should do.”

SPARC is working to fundamentally change the conversation and the way American society thinks about the root cause of homelessness, who is at risk for housing instability and the barriers that exist when people of color try to leave the streets.

After incarceration, Isaac Rivers struggled to obtain services that could help his reentry. One barrier was not seeing anyone like himself working at the various agencies in place to assist him. “I would walk in and feel uncomfortable … feel judged,” he recalled. “I would give them just enough information to get by, but that’s what kept me stuck.” 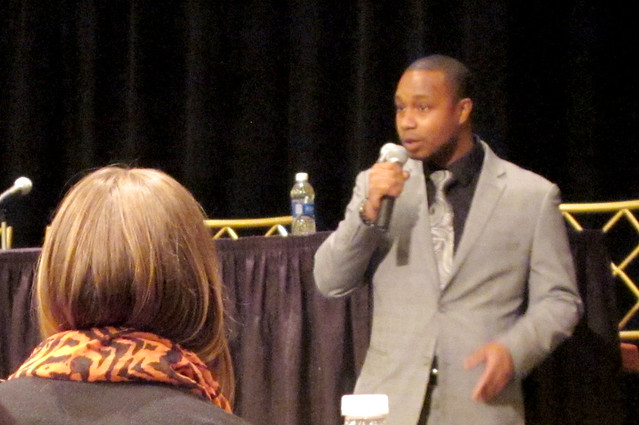 South Side native Isaac Rivers shares his personal account about housing inequality during the forum on Homelessness and Racism. | Ashley Kang, Staff Photo

Rivers says he was born in the projects — the Bricks on the South Side — and moved to the Near Westside at the age of 3 after his father died.

He said he got caught up in the street life and first went to prison when he was 16 years old. There he experienced racism on a whole other level. At the correctional facility, he was called the N-word daily; he felt overlooked and underserved. He believes there are many great services in Syracuse, but their offerings need to be broadened. He also noted that mental health and trauma are factors for service providers to consider.

“Looking back, my time in the street … all the funerals of friends — it all affected me,” he said. “My time in prison, the racism, the trauma. I was suffering, and when I came out, there was no help.”

After the first three speakers — Olivet, Dones and Rivers — addressed the audience, they joined three local leaders for a panel discussion, which concluded the evening. The three were: Josh King, a community advocate; Sally Santangelo, executive director of Central New York Fair Housing; and Melissa Marrone, coordinator for the Housing and Homeless Coalition of Central New York.

Olivet answered a question about the specific variables that keep African-Americans homeless longer. When looking at the layers of collective trauma, being black is that one extra barrier, he said.

“Being homeless sucks — whatever your race,” he said. “But research shows that single, black men remain homeless longer. The deck is stacked worse because they have the added layer of stress of being a person of color.” 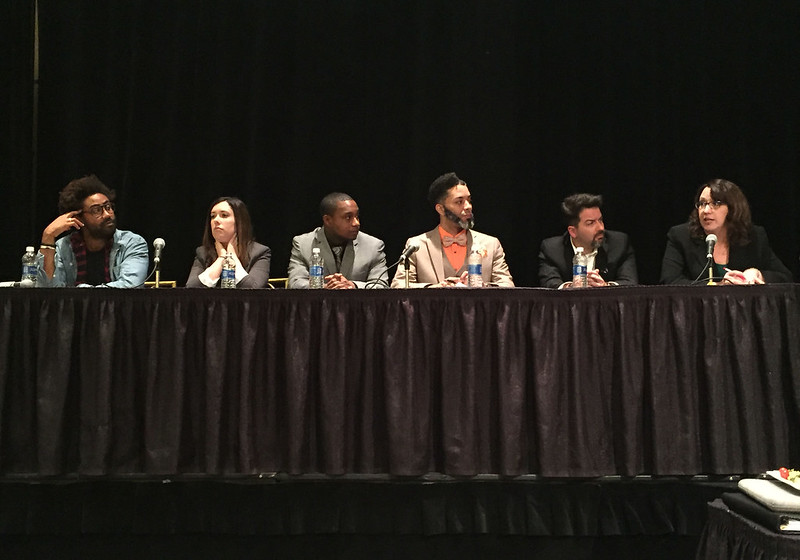