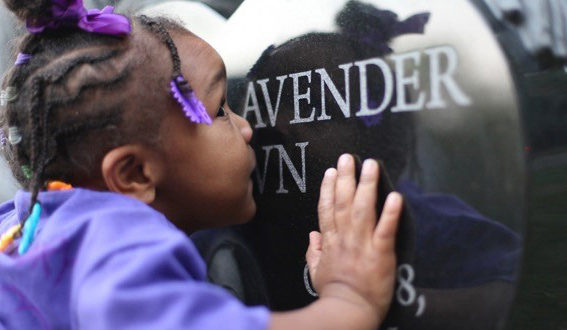 The daughter of Cherise Lavender Brown, who died of a drug overdose, kisses her mother’s headstone during the family’s visit to Brown’s gravesite. | Photo provided by Layers of Hope, taken by DJ Igelsrud

As the opioid crisis continues to grip the United States, photographers in Syracuse are picking up their cameras to help those in need.

Layers of Hope, an organization founded this year, aims to raise awareness for addicted individuals. Photographers look to remove the stigma of addiction by attaching human faces to the problem. 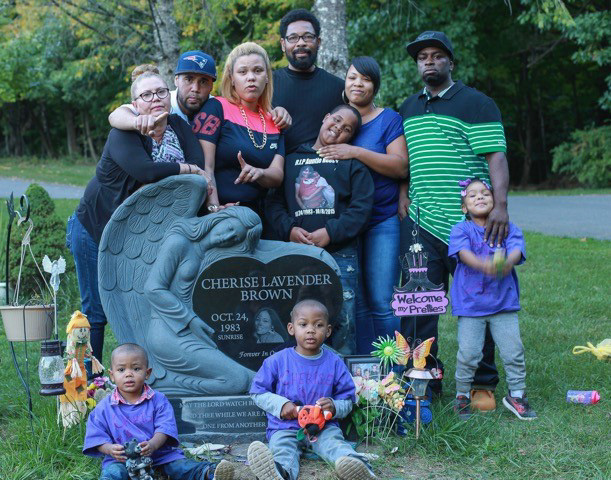 The family of Cherise Lavender Brown, who died of an opiate overdose, pose at her grave. She left behind three small children. | Photo provided

The group staged a photo exhibit earlier this year at the Maxwell Memorial Library in Camillus and in the windows of the former DeWitt Library in the ShoppingTown Mall. The Maxwell exhibit was in partnership with Prevention Network, an anti-addiction organization. 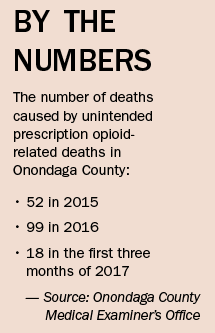 Layers of Hope began doing photo shoots and staging their photo exhibits in the first half of 2016. The group formed with members of the Syracuse Camera Club after coming into contact with other photographers who were raising awareness about drug abuse in Auburn.

Layers of Hope functions by contacting various addiction agencies in Central New York and gauging their interest in being profiled. Bob Gates, who serves as president of the Syracuse Camera Club and is a member of Layers of Hope, explained that the group is currently reaching out to agencies for the next photo opportunity.

“The way this works is we are at the beck and call of people who might find some use for what we do,” Gates said. “We don’t have any agenda here.”

Susan Scholl, the internship coordinator for Syracuse University’s David B. Falk College of Sport and Human Dynamics, also has worked as the chemical dependency treatment coordinator at Crouse Hospital. She describes addiction as a “spiritual emergency” because, among other factors, a sense of disconnection from a community can lead to an addiction.

“People have to recognize that our culture is tremendously stressful, and we are disconnected,” Scholl said. “As a species, we’re hardwired to alter our mood … I might hike or do art, or whatever. So, this is the human condition.” 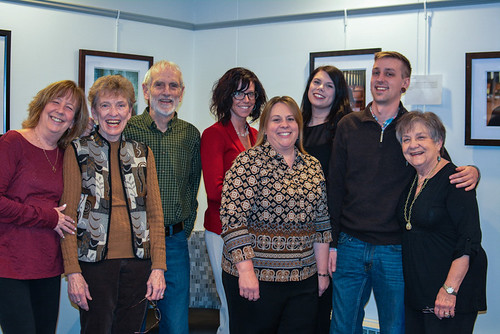 “Attention has been drawn to addiction as an issue of human suffering more than just a judicial ‘war on drugs’ perspective of bad people doing bad things so let’s lock them up,” said Dessa Bergen-Cico, an associate professor in the public health program at Syracuse University’s David B. Falk College of Sport and Human Dynamics.

“Hopefully we’ve crossed that threshold with the prevalence of this problem, and we’ll be able to address it in a way that’s more sustaining in terms of social recovery or resiliency against another epidemic.”

Bergen-Cico added that drug addicts tend to feel marginalized and may see themselves solely as drug users, and nothing more. Connections with non-drug users would create a beneficial social bridge to allow them to view themselves as something more.

Members of the group relish the opportunity to show an alternative side of drug addiction.

“It’s been so rewarding to take pictures of the folks in recovery themselves,” said DJ Igelsrud, chairman of Layers of Hope. “They’re a strong, wonderful bunch of people that have gotten on the other side of addiction.”