Though unknown to many in the Syracuse community, the Dunbar Association, Inc., 1453 S. State St., has more than 1,000 items in its archive that chronicles the rich history of African-Americans in Syracuse. The archive contains everything from newspaper clippings on the organization to letters from civil rights leaders, such as Martin Luther King Jr. 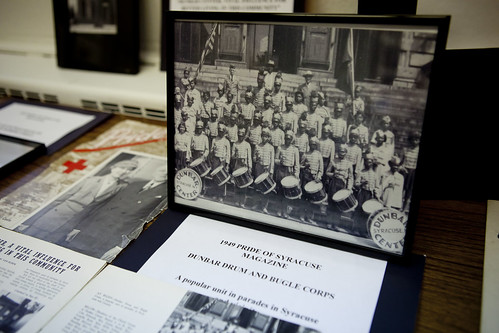 Photo of the Dunbar Drum and Bugle Corps, who were featured in the Pride of Syracuse Magazine in 1949. -- Photo by John C. Liau

“The archive shows the role that Dunbar played in not just the history of African-Americans but in the history of the United States,” said former executive director of the Dunbar Association, Sharon Jack-Williams, who stepped down from the position on Feb. 11 in a cost-saving move for the organization.

“There are a number of parallels between what is going on in the country, by way of freedom movements and civil rights movements, and the things being addressed in Syracuse by [the] Dunbar [Association],” said Jack-Williams, who was with the organization for eight years.

Founded in 1918, the Dunbar Association was modeled as a community center to provide recreational activities for youth, as well as a settlement house to aid African-Americans from the South to the North. The founders chose to name the organization after Paul Laurence Dunbar, a famous African-American poet.

“Dunbar started as an answer to segregation, but it evolved into something much greater,” Jack-Williams said. 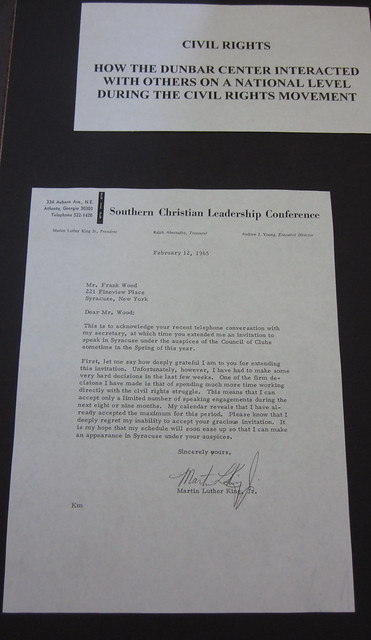 “We think it might have been for a speaker series,” Jack-Williams said.

The archival display is housed at the Dunbar Association. However, the materials are not permanently out for public viewing. Visitors must contact Dunbar and make a request to see the display, and the staff will then pull out the materials.

“Any time somebody wants to come in and see the archival exhibit, they just need to make an appointment,” Jack-Williams said.

In the future, Dunbar hopes to secure funding for the archival process and create a more permanent display.

In the meantime, Dunbar shared archive pieces with the Onondaga Historical Association, 321 Montgomery St., for the Black History Preservation Project. OHA collected artifacts on African-Americans in Syracuse and featured the exhibit at the museum during the month of February. OHA also plans to put all of the artifacts from the exhibit in a digital museum.

“Archival histories help you understand more than just the place that the documents represent, it also gives you a more global perspective,” Jack-Williams said.