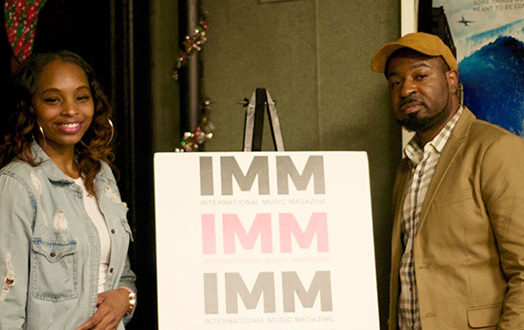 Actress Tauheedah Leak, who plays Lisa in "The People's Champ," stands with the film's director Shamroc Dancil at the premiere.

Cold rain fell on the night of Thursday, Nov. 30, as the crowd poured in to view “The People’s Champ,” a locally produced film by Shamroc Dancil. His sophomore effort, plagued by tragedy during its filming, premiered to a full theater. Due to the volume of ticket sales and associated seating requirements, the premiere, originally slated for Nov. 11 in downtown Syracuse at the Museum of Science and Technology, was moved and instead hosted by Hollywood Theatre in Mattydale to accommodate demand.

The project, filmed between 2015 and 2017, was almost shelved when the two leading actors both died in the same month — June 2016. Dancil continued the project thanks to the film crew’s support and encouragement from each actor’s family.

“The families encouraged him (Dancil) to continue,” said Elbert “Al Papers” Godoy, the film’s promotions manager who also plays “Levon” in the film. 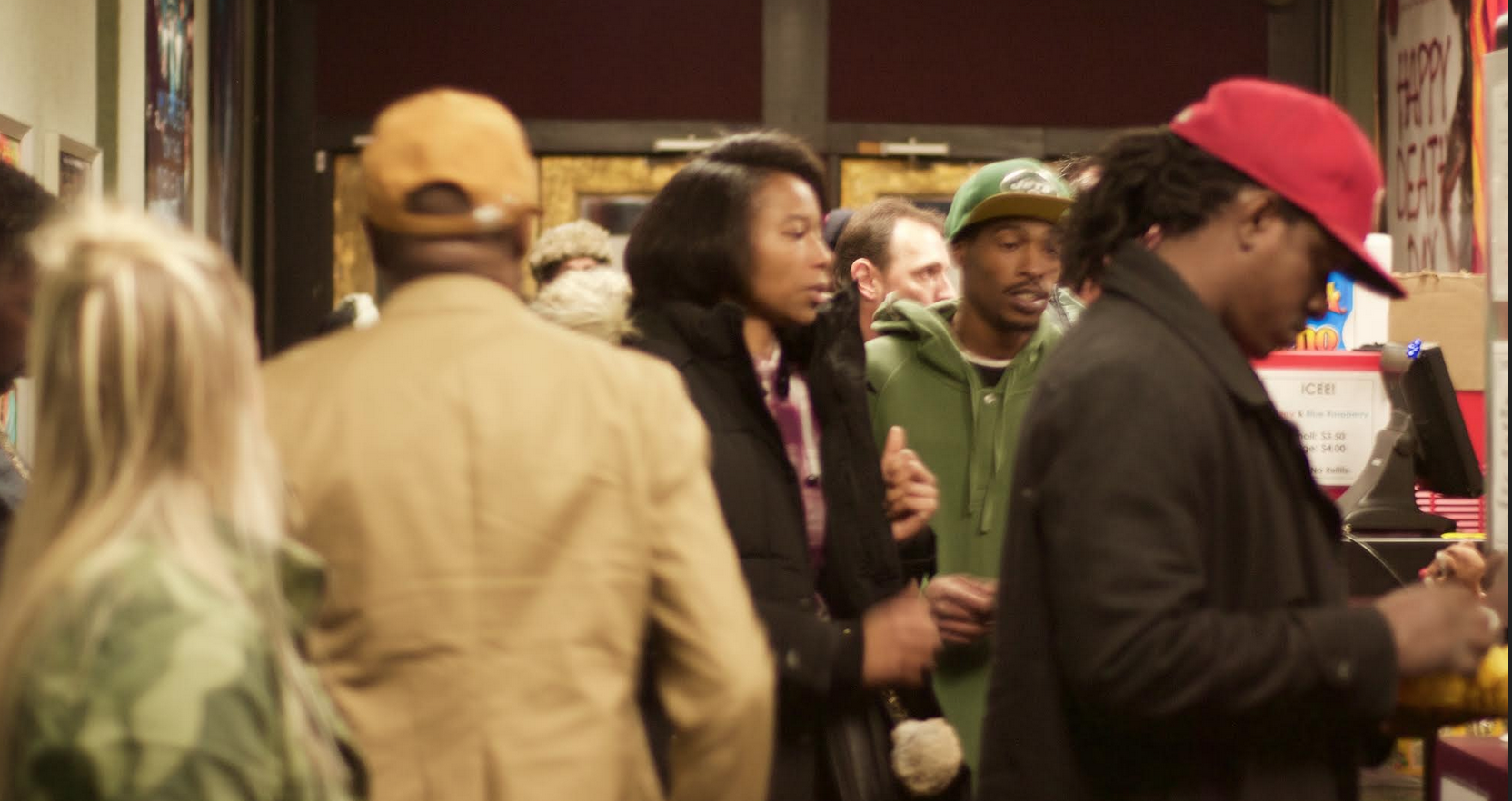 Patrons pack into the Hollywood Theatre prior to the film’s screening.

Martez “The Punisher” Potter, who was a well-known boxer in Syracuse and who plays “CJ,” an up-and-coming boxer in the film, died June 1, 2016. Robert Licata, who plays “Shadow,” the aging former boxer that inspires “CJ,” died 25 days after Potter, losing his personal battle with cancer.

“At first our family wasn’t ready for this,” said RJ Licata, Robert Licata’s son, about the film’s release. “Now, it feels like it might be a nice tribute.”

Potter had his start in boxing at the West and North Area Athletic and Education Centers Syracuse West Side location. The gym, long run by Ray Rinaldi and Christopher Burns with supporting staff, did for Potter what it does for many Syracuse youth — it gave him opportunity and structure, keeping him away from the perils of the street. Staff at the center declined to comment on the film.

There, Potter learned dedication and commitment. He learned respect for himself as a result of the strong moral compass instilled in him and many other Syracuse youths by the West Side center. Potter says in a video published on YouTube in November of 2016 by Aneshea Shali: “There’s no future in it.” It meaning the drug trade and street violence. He adds: “I don’t want that to be me.”

In those statements, Potter shows what it meant to be the people’s champ. His words discourage involvement with the negative actions often engaged in by youth who feel they have no other option. He speaks to hard work, achievement and making a life away from the lure of the streets. “(You) have opportunity to change your family’s life,” he notes in the video.

Before the film rolled for its first public viewing, Dancil hailed Potter as “dedicated and hardworking.”

Robert Licata, who played “Shadow” in the film, has dabbled in acting with small parts in several films shot in the Syracuse area. “The People’s Champ” marked Licata’s first major role. “In a weird way, the cancer allowed him to pursue this,” said RJ Licata, in discussing how his father’s cancer treatments prevented him from maintaining his full-time job, allowing the time act in the film. Both Potter’s and Licata’s memories were honored by Dancil in the production of memorial plaques for each.

Dancil’s film depicts a troubled youth dealing with the realities of drug trade and violence on Syracuse’s South and West sides. The “CJ” character is jailed for a murder, later to be revealed he did not commit. “CJ” finds inspiration upon release from prison in the homeless, former champion boxer “Shadow.” He next pursues boxing as a new start — a life-changing path keeping him from being involved in the very actions that jailed him as a young man.

The film tries to illustrate how Syracuse youth can be lured to street careers by fast money. Dancil’s production also makes a modest attempt to show the consequences that come of drug trade and violence with the jailing of the “CJ” character and narration over the character’s death at the conclusion of the film.

Throughout, the movie takes liberties in its depiction of the Syracuse boxing scene, implying direct ties to criminal elements. A large amount of time is dedicated to the glories of street life, culminating in the eye-for-an-eye-type justice delivered to the “CJ” character. In comparison, limited time is given to positive elements, like the second chance at life that came from boxing for the character of “CJ” and his family.

When asked by All The Way Up TV during a July 2017 interview about his film’s message, Dancil described it as to never judge a book by its cover. The end product is a tribute to the work of Potter and Licata but leaves the viewer wondering what value is found in the content produced by Dancil.

— Review and photos by Jeremiah Howell, Community Correspondent for The Stand