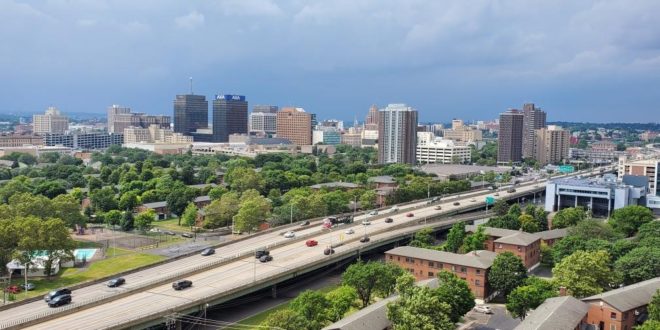 Room with a View

While Photo Walkers documented the area around I-81, reporters spoke with Toomey Abbot residents

On a beautiful Saturday morning in July, a contingent of 20 photographers and community correspondents gathered to participate in The Stand’s 10th Annual Photo Walk’s I-81 Route. The group convened in the outdoor lobby of the Toomey Abbott Towers — a 24-story, 308 unit, affordable housing community for seniors.

The building overlooks one of the city’s poorest neighborhoods, an area that includes New York state’s oldest public housing project, Pioneer Homes, as well as Central Village and McKinney Manor, and a deteriorating section of I-81. The public housing units and the section of the highway are slated for demolition, potentially being replaced with a community grid. In April, the state transportation department announced the community grid as its preferred choice. This alternative would replace the current stretch of viaduct with a boulevard to feature bicycle and pedestrian lanes, as well as a planted median 18 to 29 feet wide. 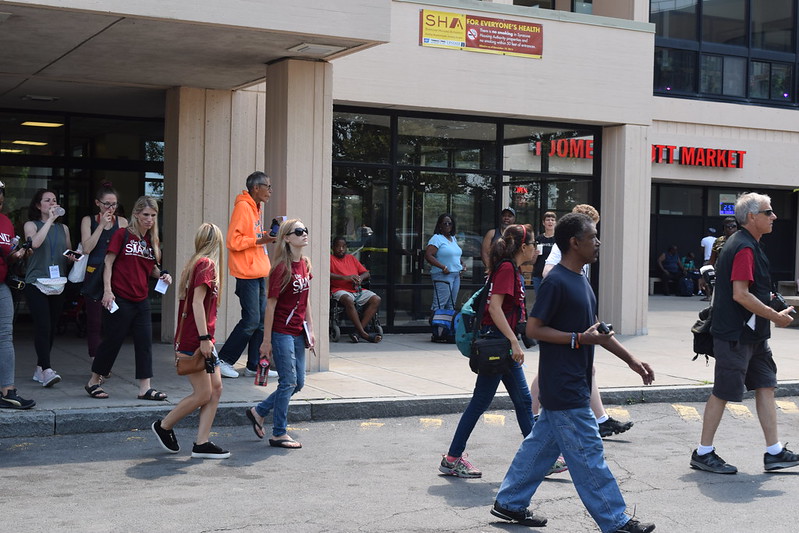 The lobby buzzed with excitement as walkers and residents waited in anticipation for the excursion to begin. I scanned the group; hoping to spot friendly faces that might be willing to share something about themselves, life in the towers and their views about the neighborhood and the I-81 Project. 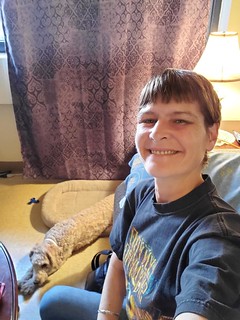 My eye caught a woman sporting a Nashville T-shirt and a nice Pixie Cut — like the one Halle Berry wore in the film “Die Another Day.” I approached and asked for an interview. Donnita Sharp hails from Silverton, Idaho, and came to Syracuse by way of Virginia in 1995.

“I’ve been here for 20 years,” she said. “I love this city, and I love my apartment. I just wish they (management) were stricter.”

She is concerned that the demolition of 81 will negatively impact this neighborhood’s residents. “If they tear it down, it’s going to affect a lot of poor people,” she asserted. “The dust (will) affect people … and there are going to be fewer homes.” She plans to move because she’s afraid that she won’t have a place to live after the demolition.

Donnita suffers from epilepsy, a neurological disorder affecting the nervous system. The disorder causes abnormal electrical activity throughout the brain and seizures. Symptoms include: loss or awareness or consciousness, temporary confusion, fear of anxiety, staring spells and uncontrollable jerking.

She loves music, especially the Beetles and The Rolling Stones.

“Music is therapy,” she said. “I also love to take pictures.” She proudly shared a picture she had taken of Teddy, her cute Cocker Spaniel Poodle mix. Teddy is a Seizure Alert/Response Dog trained to react when Donnita has seizures. She also shared a picture of I-81 she photographed from her apartment. “When I move out, I’m going to miss the view,” she said. “I hope to one day publish my pictures.”

Perusing the group in search of another interviewee, my eyes settled on another affable resident, that of John Adams. 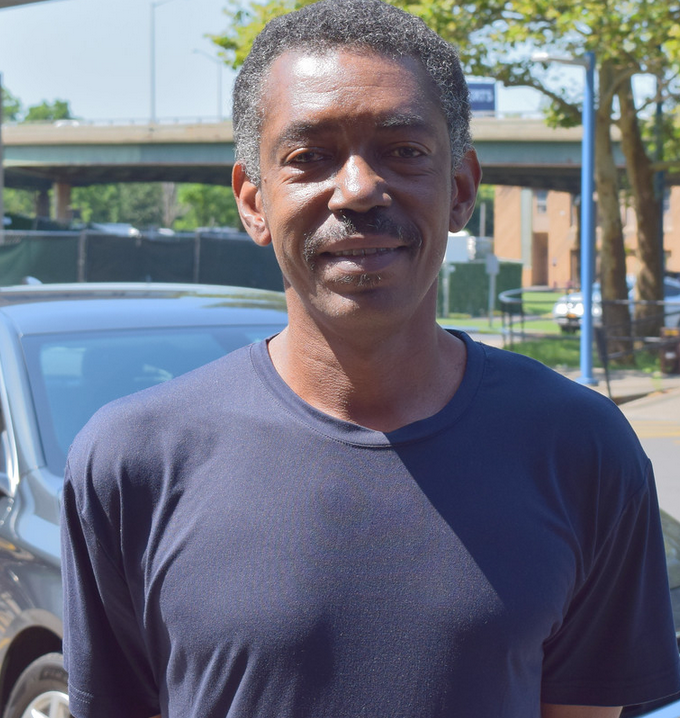 As a member of the Residents of Toomey Abbott Towers (ROTAT) Council, he has come to know a lot of people. The Council meets once per month and puts on programs for residents. “We have a barbecue coming up in August,” he shared. “We do a Christmas get together party; just two months ago, we had a strawberry festival.”

Members of the Council also travel for special conferences. Last September, he went to Atlanta for the Neighborhoods USA (NUSA), where he met residents from housing authorities from around the nation. “They have workshops, and they talk about issues that affect the residents,” he explained.

John’s understanding of the I-81 Project is that they plan to tear down a 1.8 mile stretch of the highway, level the ground and construct a community grid. “They are going to build and rebuild more housing for higher income, middle income and poor people,” he said, gesturing to the housing project down the hill.

When asked if he thought the project would have any effect on the Toomey Abbott residents, he said, “it won’t at all ­— is what they told us so far. We don’t have to move.” John’s main concern is the dust that will be created from the demolition and its effect on the quality of air.

He thinks that overall the project is going to benefit the community.

“I just wish they would get on with doing what they are going to do instead of having everybody in suspense,” he remarked. 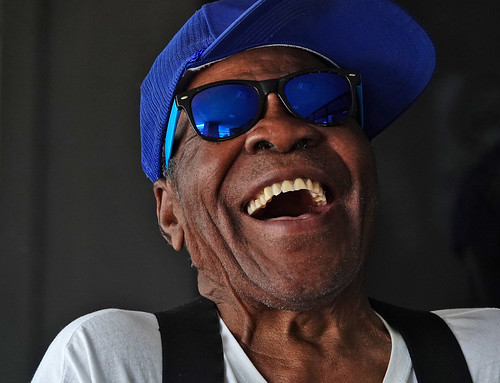 Next, an elderly gentleman in a wheelchair emerged from the building entrance. Our eyes met, he greeted me with, “As Salaam Alakium Brother!” This means “Peace be unto you” in Arabic. I return the greeting, “Wa-Alaikum Salaam, Sir!” (Peace be unto you too). Brother Umar Abdul Karrriem is known by residents as Omar. He’s 86, a Muslim and a registered member of the Nation of Islam.

For Omar, he’d prefer to see the viaduct stay.

“I like it because if I want to go down South I can jump right on it and ride straight to Scranton, PA,” he said, adding that for many Black families in Syracuse, the construction of I-81 in the ’60s shortened the long arduous trip back down South.

“I like sitting out here. Sometimes I sit out here and watch the cars go by,” he noted. “I like traveling that road. I would love to see that highway stay.”

He concedes, however, that tearing down the highway could be a good thing, believing it could add more beauty to the city. He would like to see them build a tunnel, if they elect to demolish it.

“If they build that tunnel that they’re talking about, that would be something for the people, for the city,” he said. And if a tunnel is built, he hopes to get a chance to drive through it, sharing how he enjoys riding the Detroit–Windsor Tunnel, a slightly less than a mile-long tunnel connecting Detroit to Canada.

Next, I met Anthony “Tony” Hines-Tecoy, president of the tenant association, in the “Secret Garden” on the second floor next to the community room. Tony, who has lived at Toomey Abbott for three years, was voted in as president last December. He works closely with John Adams to provide services and programs for residents. 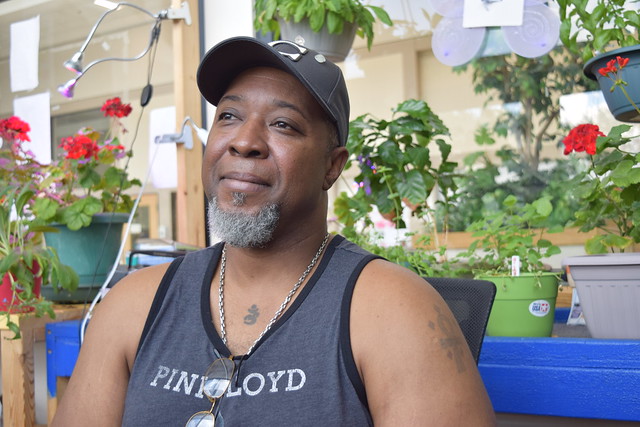 Anthony “Tony” Hines-Tecoy has written two books and is working on a third. Titles include: “But What is Life Anyway?” and “Conversations Over a Good Cup of Coffee.” | Brenda Muhammad

“It’s a year term, and we try to plan as many events as we can,” he said. “We try to get a feel of what the tenants need; what they would like to see.” He participated in a NUSA conference in Palm Springs, California, this past May. He said it was a tremendous opportunity where he learned about different neighborhoods and how to inform and engage the residents.

Tony shared that the word going around is that tenants of Toomey Abbott are “safe” and won’t have to move during I-81 construction. However, he feels tenants will be moved out of the neighborhood through gentrification. “(This site) is a gold mine,” he said.

“Toomey Abbott Towers sits right in the middle of where everything wants to be.”

— By Keith Muhammad, Community Contributor to The Stand