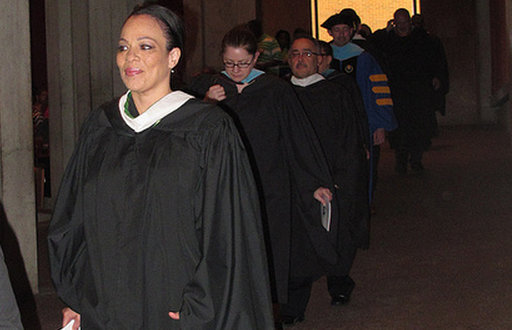 Students in 18 Syracuse schools may see changes this year due to an effort by the state to address consistently underperforming schools.

Superintendent Sharon Contreras has been appointed receiver for the schools in Syracuse City School District designated “struggling,” which means she will have the authority to implement changes like replacing school staff, enforcing a new curriculum or programs or even overruling the board of education.

“The intent is to remove barriers to school improvement,” said Linda Mulvey, the chief academic officer for the district.

Mulvey emphasized that many of the schools under receivership have utilized school improvement grants or other incentives to boost student performance, like replacing leadership, and that this is an opportunity to reexamine those initiatives.

In addition to a receiver, the schools each designated a community engagement team, comprising teachers, administrators, parents, community members, and if the school serves seventh grade or higher, student representatives. The community engagement team will review the current school improvement plan and make recommendations to Contreras for changes and she can either accept and implement them or reject them. If she rejects the recommendations, Contreras must provide reasoning.

“The intent is not to do things that would have a negative impact on other schools, Mulvey said. “It’s all about improving the schools so that it’s a higher achieving school than it is currently.”

Although the community engagement teams have been formed, Mulvey said that they could be altered if members choose to do so. Public hearings will be held throughout the month at each of the 18 schools to discuss what changes are coming and how receivership will affect the school’s operations.

“The community now has another opportunity to get involved and weigh in on what they think should happen in their school,” Mulvey said.