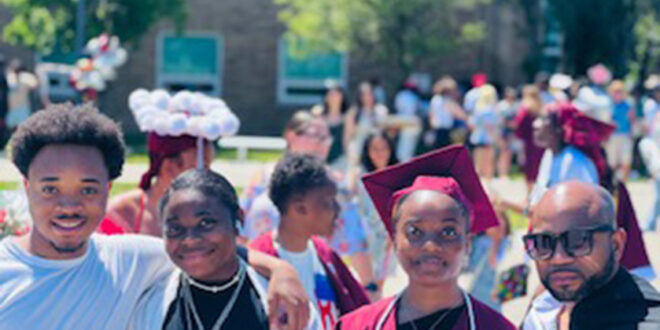 Motivation from the Next Generation

Within the first two years of my prison bid, I received a letter from my daughter, Ariahanna.  This letter was unlike the others she had sent. In this particular one, she asked me if I would be home to make it to her high school graduation.

With two years completed on a 20-year bid, the chances of me making her graduation was slim to none.

At the time of this letter, my Ariahanna was 9 years old. That meant the only way I could make it is if I had nine years left to serve, but I didn’t — 15 years remained.

Deep feelings of regret and sorrow started to grow in me. My celly, Bobby Harrison, asked me what was wrong. I told him of the request my daughter had made. He could tell it bothered me; however, I never gave up hope.

How could I tell her no and hurt her more than I already had. There was so much I had already taken away from her. So, when I responded, I told her I would make it.

I had to keep my promise.

I couldn’t afford to hurt my daughter’s feelings again.

That letter served as the motivation to activate my faith. Each day, I told myself I have to make it to her graduation. I repeated it so many times that I believed it. If I was going to put my faith in God, I had to walk in it also.

Every program, every event in prison and every effort I coordinated for the community from prison was motivated by my faith in making it to see my daughter’s graduation.

It got worse when my daughter told me that she doubled up in the 11th grade and would now graduate early.

This is when I put my faith into overdrive.

I started fasting more, praying more and drew myself closer to God. But I also stayed the course of working on helping others inside and outside of prison.

Never would I have thought COVID-19 would open doors for me through a compassionate release motion that eventually led to my release. Not only did I get to see my Ariahanna graduate, I also saw my youngest, Aaliyah, graduate eighth grade.

Then, my son had to retake one class in order to walk the stage. So he didn’t graduate with his class because he had to complete an extra half year … look how God works. Thus, I was able to make his graduation, too.

Sometimes you might not see the director setting up the scenes, but when it all plays out and you have faith, it’s going to play out for your benefit. Seeing all my kids’ graduations was a reminder that I can’t go back and to never take life for granted again.