In a recent Saturday night, one of Syracuse’s longtime service organizations threw a party — inviting everyone from its board members to local residents — to celebrate a double benchmark, the organization’s birthday and its name change.

As the music played in a crowded room, the Syracuse Model Neighborhood Facility, Inc., marked its 41st anniversary and also reintroduced itself as Syracuse Community Connections.

Held in the CNY Philanthropy Center in downtown Syracuse, the fundraising event provided a look into the inner workings of one of Syracuse’s best-known human services organizations. 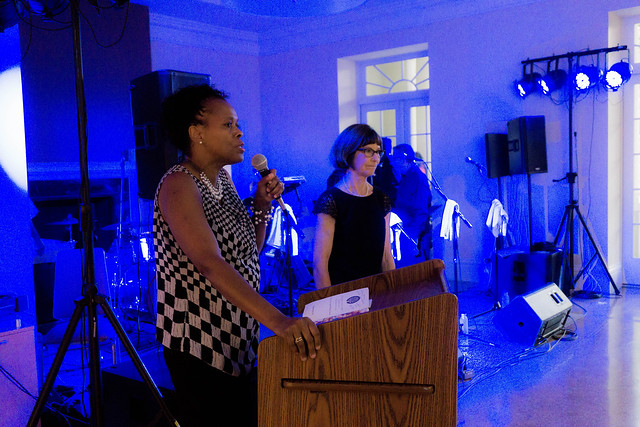 Sharon Owens, the organization’s chief executive officer and master of ceremonies that night, said the idea behind the rebranding has been in the works for the past year.

The event is among the first in a series of introductions to the city under the new name, backed by new strategic goals for the organization. A vision statement is in the works, along with a new three- to five-year strategic plan, Owens said.

“We attempted to be all things to all people and we cannot be that,” Owens said. “We are strategically looking at what we do well, looking at some other opportunities to serve our community, and making sure we make the connections to provide the best service.”

Chairperson Susan Stearns said the night was about “making a splash in the community” and aiming to address poverty on a multitude of levels. “We envision this to put us in the spotlight of Syracuse,” she said. “Eradicating poverty by prevention, education and intervention.”

Terrence Carguello, a board member, said he hoped the event would highlight the organization and also offer an atmosphere for guests to have a good time. “It’s more of a ‘fun raiser’ than a fundraiser,” he said.

Owens agreed, telling guests: “When you bought your ticket, you didn’t read the fine print that you have to dance to at least one song.”

The evening’s speaker, Calvin Corridors, told the crowd that the organization helped him to become the first black vice president of Pathfinder Bank. “The Southwest Community Center has served thousands of families and kids, and I am no exception,” he said.

He and his brother learned to swim through programs at the center, and its work-training programs aided in his journey from popcorn-stand vendor to high-ranking bank official. 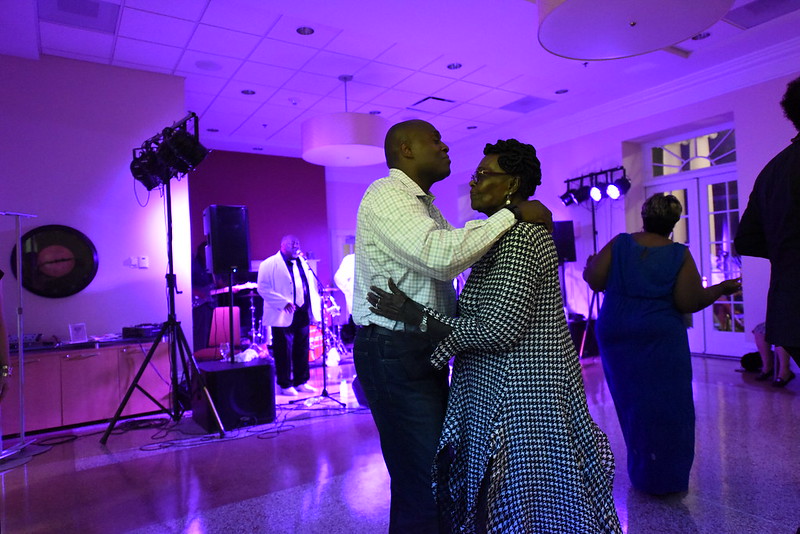 Calvin Corridors dances with his mother during the gala. | Riley Bunch

“I grew up in a place where I didn’t see a lot of people who emulated what I could be,” Corridors said. “The programs at the Southwest Community Center were a refuge for me. I would take my kids there even as an adult because it is, and always will be, a safe haven.”

Owens said she was proud that the annual celebration “is really gaining a reputation in the larger community” as a way for people to support a community organization and also have a good time. “We do a couple formality things and the rest of the night is just networking, kicking back and enjoying yourself.”

A silent auction included a basketball autographed by Jim Boeheim. All profits from the evening went to the organization and its programs, Owens said.

The ceremony ended with a call for action. “Our poverty is an opportunity to look at the way we do business,” Owens told the guests. “We cannot forget our native sons and daughters. I’m asking you to look for them and include them in the fabric of this community.”