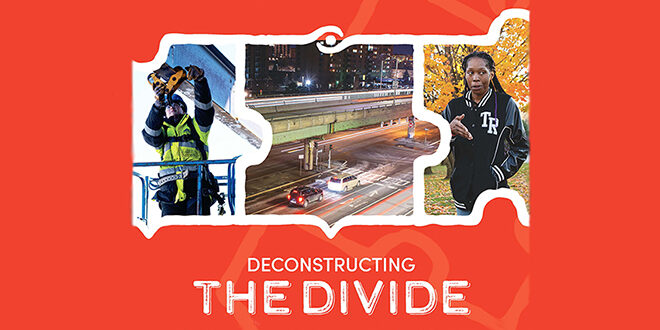 Inequity. Racism. Sexism. They rear their ugly heads in the strangest of places, like the paint on your windowsill.

As Syracuse residents like Darlene Medley know all too well, that paint is more likely to contain lead in homes located in diverse, city neighborhoods than suburbia. Medley learned that the hard way, after her youngest children tested with elevated levels of the poison.

The persistence of lead in South Side homes is directly related to inequality, says Paul Ciavarri of Legal Services of Central New York, who is teaming with residents like Medley to fight the scourge of lead poisoning. “Racism mixed with politics has produced a historic lack of balanced investment in housing infrastructure,” Ciavarri tells our reporter for this month’s cover story, which also features a four-part audio series created in partnership with WAER FM.

This special Spring edition of The Stand also features important stories that surfaced during a months-long investigation into inequality that The Stand has worked on in partnership with The NewsHouse and a team of more than 90 student reporters, photographers, designers and editors at the S.I. Newhouse School of Public Communications.

The end result — a project called Deconstructing the Divide — will be published online April 26 and will feature more than 30 stories about the roots of inequality, what it looks like in our city today and the heroes, like Medley and Ciavarri, who fight for a better tomorrow.