Frank Raymond Cetera — board member and co-founder of The Alchemical Nursery — loves the outdoors. That is why before he attended a recent class sponsored in part by the nursery — Community Training on Ecological Design — he waited in the center’s garden.

A young boy playing in the garden walked up to him, holding what Cetera said looked like a garden snake. “Do you know what snakes are good for?” Cetera asked. 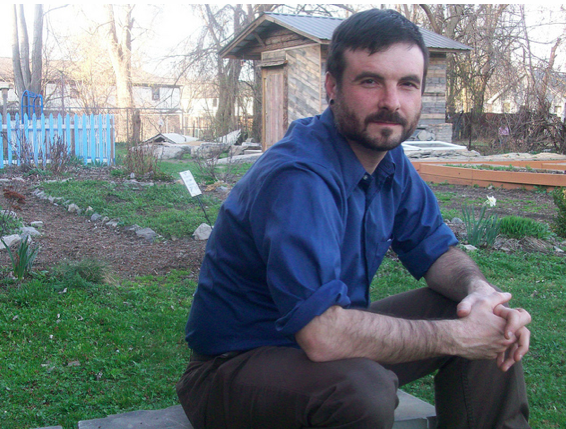 The boy shook his head. Cetera explained that garden snakes are good for killing pests that might harm crops. Cetera said that was a prime example of the message, inclusion in the environment, the nursery wants to promote. The mission is to create a “self-regulating” urban eco-village “close to the natural world,” he added.

“It’s the idea that we as human beings should co-exist with our environment and not separately,” Cetera said. “We should have a fully functioning neighborhood.” A neighborhood like that consists of housing, jobs, entertainment and food, he said.

Food is one of the components Syracuse’s South Side is struggling with, because it qualifies as a food desert, Cetera said. A food desert is a place where people do not have access to healthy food — usually located in a farmer’s market or grocery store — within a one-mile radius of their homes.

To combat this issue on the South Side, The Alchemical Nursery started a free harvest snack garden last summer. It will offer food like blackberries and strawberries, which should be ready to pick and eat by August.

The nursery is also teaming up with high school students from the Say Yes Collegiate Preparatory Academy. Through a course titled The Urban “Food Desert” & Our (Re-) Connection to the Natural World, students will researc

h information on food deserts. They will then use the SYCPA resources to illustrate their findings via poetry, films and more.

Their projects will be presented from 10 a.m. to 2 p.m. Saturday, April 14, at the snack garden where the students will also hand out pamphlets and volunteer. The kids will help with mulching, trail building, sign making and planting.

Lydia Mumford, instructor and lead author of the course, said she hopes the project will help students to see the impact they can have on the community.

“I hope that students will gain a better understanding of the issues surrounding food sourcing and access,” she said. “As they complete their research project and respond in unique and personal ways, I hope that they will share this knowledge with their peers and community and learn that they can have a positive influence in the lives of others by sharing this information and continuing this discussion about nutrition.

At the snack garden, housed on the property of the Rahma Free Health Clinic, the nursery is helping to build new soil. Lindsay Speer, one of the garden design judges, said the garden will not only help provide healthy food but will also “reduce storm water runoff, which leads to sewer overflow in Onondaga Creek.”

In order to raise money to keep the garden going, the nursery is running an online campaign on indiegogo. According to Cetera, the organization will provide incentives such as seeds, stickers and T-shirts depending on the amount donated. The nursery hopes to raise $2,000 by April 20.

Cetera said they will also reach out to students and families living near the snack garden in order to educate people about the garden and encourage volunteerism. Cetera said the garden is open to all volunteers. On April 14 water and a pot-luck style lunch will be provided. Cetera said volunteers should bring refillable drinking bottles and finger food to share if possible.

Mumford said she hopes the April 14 event will inspire people to get involved.

“I hope many people will become curious about what is being done with this mountain of mulch piled on a random street corner,” she said. “Then maybe they will step out, put on some boots and get involved in the project.”