Dr. Rick Wright purrs into the microphone with such suave vocal tones you’d think you were being serenaded. “You’ve reached the Old Skool hour.”

Today, the show broadcasts Sundays from 1 to 7 p.m. on Power AM 620. While his live content approach to radio hasn’t changed, it seems the other stations have. 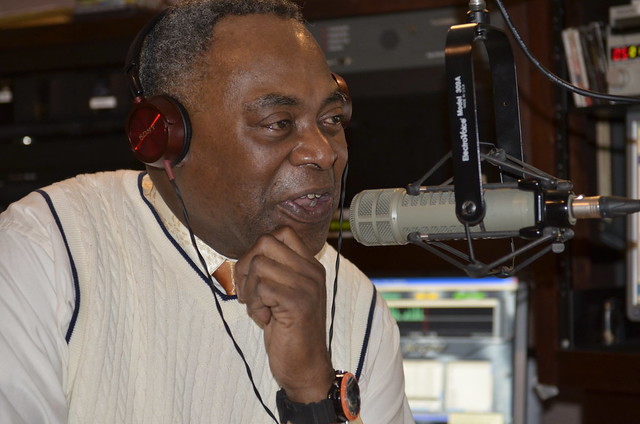 This is where the trend of radio is moving — preprogrammed content allowing stations to employ fewer people in an effort to reduce expenses. What’s lost is original voice and personality. But with Wright, personality is kept on the local airwaves along with the opportunity for the community’s voice to be heard as well.

“Radio has lost its luster because we have no act,” said Wright, who is on faculty at the S.I. Newhouse School of Public Communications at Syracuse University. “An act attracts. Content is king … and we’ve lost that.”

Wright broadcasts from the Clear Channel building on Plum Street. Throughout the show, Wright includes segments that spotlight local churches and that speak to community members.

Every Sunday, though, Wright finds himself in a barren station that once was filled with an entire staff.

All that sits now?

A memory of what radio used to be.

“It’s a sad thing,” he said, while walking around the station, showing all the empty chairs and rooms that used to be occupied.

“We have six other shows in here right now that are all running on computers,” Wright said, as a track of adult contemporary music played in one of the empty rooms. “That’s not radio.” 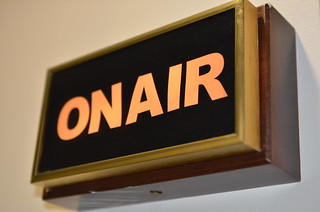 Outside Dr. Rick Wright's broadcasting room, the sign reads "On Air" – one of the few live shows in Syracuse's Clear Channel building that can still turn the sign on.

On a recent artist spotlight, Wright features a local South Side artist named Sparkle 1. Her new song “This World Is Not My Own” has just come out. Wright has invited her to the station to not only play it, but to talk about it as well. 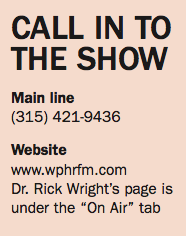 “It means a lot for people like me,” Sparkle said. “People will come up to me and say they’ve heard of me from being on his station.”

She says that community radio doesn’t have enough figures like Wright, who focus on live and local content. “I know people that tune in just for his show, and once it’s over, tune out.”

Jason Willis, a South Side native who has known Wright for almost eight years, comes back each week to listen to Wright’s show because of the live format.

“The music he plays is my favorite part,” Willis said. “You don’t hear other stations play that anymore.” He emphasizes that Wright’s unique commentary and personality are what make his show distinct.

Live programming is nothing new, Wright points out, but it’s quickly becoming the past.

“I’ve been in this game a long time and the bottom line is that radio is a business,” Wright said.

It doesn’t mean, though, as Wright vehemently defends, that a show should lose its flavor.

WCOV Family Life, a religious radio channel run out of Bath, N.Y., and broadcast in cities like Syracuse, has found that the trend of veering toward preprogrammed content is a difficult thing to juggle. But they, too, have managed to keep live content the foundation of programming.

Sarah Harnisch, an anchor with the station who runs the morning news program every week, says it can take a lot of time and effort to produce original content, but that is what makes a program worthwhile. Like Wright, she also finds that many stations are losing, or have already lost, their distinctive personality.

“It’s discouraging to see them succumbing to the trend,” Harnisch said, “especially among small stations because they just don’t have the people … the content just becomes stale.”

Harnisch noted that the station is in the process of hiring new staff. It appears that its commitment to produce live, locally relevant content is appreciated by listeners. 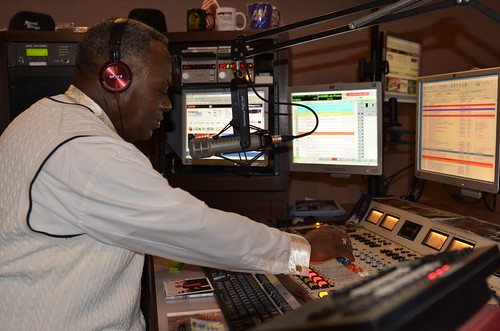 During a commercial break, Dr. Rick Wright makes sure to check that the sound levels are in-line for the next song.

PERSONAL TOUCH
“The great thing about my show is that you don’t know what I’m going to do next,” Wright said. “Whereas other stations serve you a fast-food style of content, I give you the eight-course, sit-down meal.”

As his show winds down for the night, one last caller phones in to let Wright know that her husband has just passed away and she’s hoping he’ll play her a song. In his true, kind and caring fashion, Wright plays her a song by David Ruffin and tells her to stay strong.

Her voice somber, she thanks him. And like so many other call-in listeners this night, before hanging up she tells him, “I love you, Dr. Wright.”

No computer can do that. 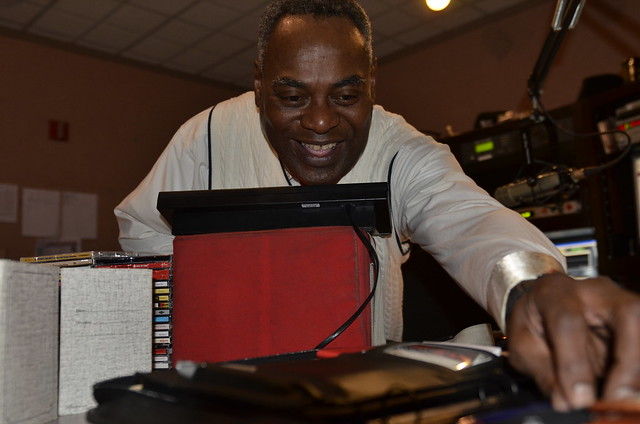 In one of the only studios that's occupied by a live host, Dr. Rick Wright makes sure to lead a fun and inspiring show for his listeners. 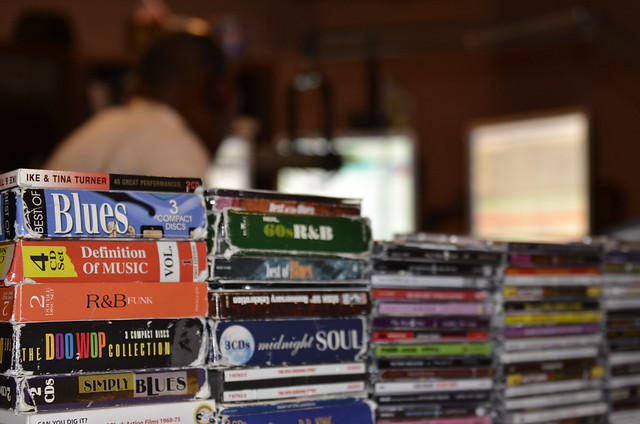