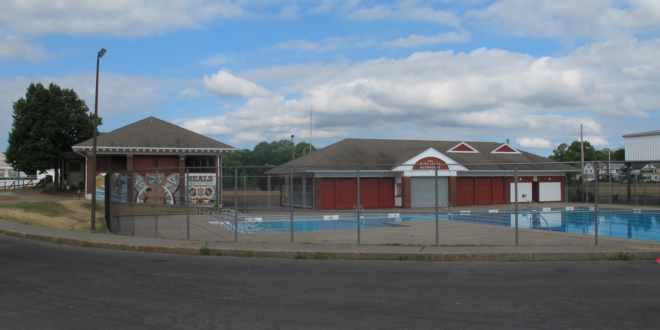 The Syracuse Parks Conservancy was awarded the Distinguished Citizen Award by Central New York Recreation & Park Society for the proposed Carm’s Dog House Park and the Syracuse Swims on Campaign. The award recognizes a citizen, community park board member or volunteer who has demonstrated exceptional efforts towards enhancing and supporting parks and recreation in their community.

“The award, of course, has meant a lot to the entire board because they work very hard with what they do and with very little recognition,” Wiles said. “But I think this, number one, it recognizes what the Syracuse Parks Conservancy has done and the way it has partnered with other organizations in the community.”

Last summer, the pandemic caused budget shortfalls for the city, and as a result, only two pools could be open for the public. Syracuse Parks Conservancy created a GoFundMe campaign — #SyracuseSwimsOn — to raise funds to open two additional pools. More than 450 people and organizations donated and raised $150,000 for this effort. This allowed for not only two pools — Kirk Park and Schiller Park to open mid-July — but also two more — Thornden Park and Onondaga Park — and additionally lifeguards and pool staff to be hired.

Parks Conservatory was also able to fund 800 activity bags for crafts and activities. These were used to supplement the popular Mobile Recreation program. The bags were distributed as “grab and go” to provide a contactless interaction and provide projects for youth to do at home.

Even at the end of 2020, Parks Conservancy was able to launch another GoFundMe with help from community members and city representatives to construct Syracuse’s first ever dog park.

The pandemic forced people to find new ways to stay socially distanced while being outside. Syracuse’s parks provided that opportunity for residents to walk, exercise, play games and maintain a safe distance from others. Julie LaFave, commissioner of Syracuse Parks Recreation and Youth Programs, felt parks previously were overlooked. She says the Syracuse Parks Conservancy has helped promote and care for our local parks.

“It was very important to us to show our appreciation and also just to get their name out there,” LaFave said, “Because the more people know about them, I think it’s gonna be better for the city as a whole.”

Syracuse Parks Conservancy was established in 2009 by a dedicated group of volunteers who sought out a need for a citizen-based organization to coordinate activities in the parks; raise funds for needed projects, repairs and improvements; recruit volunteers for events, and act as a liaison with city government. Its mission is to ensure all Syracuse parks are sustainably protected, enhanced and developed for the use of Syracuse citizens and guests.

Kamal Morgan is a journalism graduate student at the Newhouse School