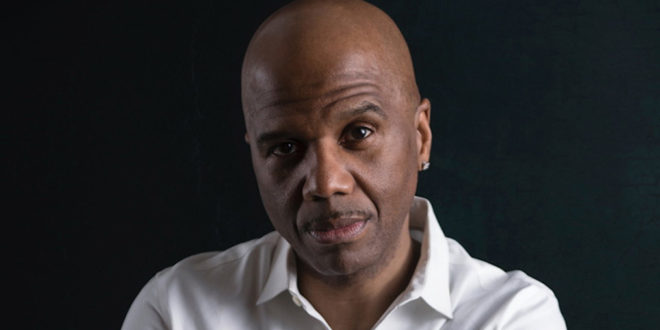 The Federal-Aid Highway Act, approved by Congress in 1956, authorized more than 41,000 miles of safe, efficient roads that would revolutionize American interstate travel and commerce. But the highway expansion widely scarred America’s urban communities of color, including Syracuse’s own South Side.

That’s why Kyle Bass, the Syracuse Stage resident playwright, created “salt/city/blues.” The play centers on race, class, familial tension and a theme mirroring Syracuse’s I-81 conflict of commerce thoroughfares in Black and brown communities, attached to a bluesy aesthetic.

It will debut as a Syracuse Stage live production for the 2021-2022 season.

“I was sort of interested in the injury that the highway exacerbated 60 years ago when it went up,” Bass said. “What it did to the 15th Ward, dividing the Black communities as so many roads were being barreled through what are termed blighted communities, Black poor communities, in the service to commerce.”

Through the lens of Yolonda Mourning, a Black woman working as an independent consultant on a project created to remove part of a highway dividing Salt City. The region’s complicated history on race and inner-city development, along with her own family divide, will be confronted.

Gilbert McCauley, the director for “salt/city/blues,” said the play addresses important conversations around city division. “There’s something at the heart of why people should be concerned about what happens to those who live in their cities,” he said.

“I think the play is pointing at why people are and can be overlooked and why some lives seem less important,” McCauley said. “In a way, it does point to how we make our decisions and the things that go into that kind of decision making and the need for a deeper humanity in terms of how we deal with each other.”

The United States Census Bureau’s reported national poverty rates in 2019 show 18.8% of Blacks live below the poverty line, compared to white Americans at a 7.3% rate.

But Bass took an nontraditional route to the play based on a report of Syracuse’s economy. According to Data USA, 23.6% of white Americans live in poverty, more than triple the national rate.

“I was looking at ideas of class in a way that we don’t usually see,” Bass said. “Traditionally, in plays, we see Black and brown people are the have-nots and white folks are the haves and it’s always about getting ahead. Here, I looked more deeply.”

Bass’ main character, Yolonda, is a woman of means. As the consultant on the highway project, she will have to face how she can best reshape her broken community.

Jill Anderson, managing director for the Syracuse Stage, said, “gone are the days of just sitting and watching a play.” She admires Bass for taking on topics that spark meaningful conversations.

“Kyle’s sort of a cultural omnivore,” Anderson said. “Watching how he takes in information, whether it’s art, whether it’s news, whether it’s conversation, and seeing all that become something else — it weaves together and comes out in this beautiful other form. I love it, and I don’t understand how anybody can do it.”

Bass looks forward to showcasing his play and allowing an audience to not only watch something moving but watch a story with both conflict and humor.

“I don’t tend to write comedy, but [the characters] are funny,” Bass said. “They make me laugh, and that’s a surprise to me. I hope it will be a pleasure to the audience to have a full journey of emotions in the play.”

Rehearsal for the play will begin in May, and audiences can see Bass’ “salt/city/blues” June 8 through 26 at Syracuse Stage.

Darian Stevenson is a graduate student in the Magazine, News and Digital Journalism program
at the Newhouse School at Syracuse University