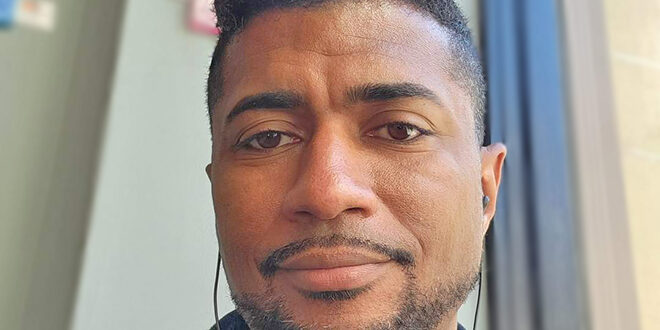 If there were a person who’d invented a device used on over 30 Billboard No. 1 songs, with thousands in production and used around the world, including placement in a Shang-Chi Marvel movie and numerous Grammy winning songs, a knee-jerk reaction might be that the person was some white guy with a background in electrical engineering, working for a large tech company in Silicon Valley.

The device is called “Zulu” and is produced by Handsome Audio. According to its website, the device is “the world’s first passive analog tape simulator.” The creator, Langston Masingale, translates that in layman’s terms, telling me: “It’s a throwback device made to make things sound old.” In other words, it brings back the old-school warmth of tape-recordings to the new digital-recording age. It is also unique in that it is passive, meaning that it does not require an outside power source to run.  No batteries or electrical cables, just feed your signal to its input and go to town. He said it took two years of trial and error to get it to work effectively.

“I named it Zulu,” he said, “because it is meant to be a ‘dog whistle’ for those who are Afro-Centric.” He wants the world to know that the device was created by a Black man. “I would also like to tell them that I am an active father.”

Langston grew up poor in a household headed by his mother. He got his formal education here in Syracuse, attending Nottingham High School and graduated from Le Moyne College in 2004. But he attributes a large part of his education to what he got from his mother at home. Growing up, she shared books with him by such authors as Langston Hughes, Jules Verne and H.G. Wells. These books and others, he said, helped him to escape and to expand his thinking and creative imagination.

He likes education. He sees it as a tool that can be used to do anything you want in life. That’s a point that he emphasizes regularly with his two daughters. They share a household along with the children’s mother on the city’s West Side where he encourages them to be creative thinkers. His 14-year-old youngest daughter is already thinking about going to Cal State.

“The Black father is missing from the national narrative on fatherhood,” he said. But he knows that Black men are more involved in their children’s lives than any other group. He supported that statement with evidence from a study by the CDC.

His other desire for the world to know Zulu was created by a Black man is because this population is too often left out of the conversation about STEM subjects. He thinks that should change because he knows of many Black STEM scholars. He lists: Garrett Morgan, who invented the three-signal traffic light; astronomer and mathematician Benjamin Banneker, who was the surveyor of Washington, D.C., and first successful predictor of a solar eclipse, and scientist George Washington Carver, who revolutionized farming in the South through his studies of the peanut. He is also aware that billionaire Robert Smith, who paid off the student loans of all 2019 Morehouse College graduates, holds a chemical engineering degree from Cornell University and is heavily invested in  the tech industry. They were all Science, Technology, Engineering and Math scholars.

After inventing Zulu, Langston knew he would need a business coach because success required more than simply creating a useful product. He found a coach who had worked for one of the largest manufactures on the planet and has numerous years in the toys and collectibles industry.

Together, they built a network and platform for the units to be marketed, manufactured and distributed.

The devise has been used regularly on Broadway and by musicians and producers like Anderson Paak, Corey Henry, Timbaland, Hank Shocklee, Joel Hamilton and Harry Connick Jr. It is manufactured in the United States and is one of the top three brands being sold online through retailer reverb.com.

“Technology is our future,” Langston said. “Nearly every trade and profession, if not already, will be heavily immersed into technology. Learning technology will be key objectives to success and prosperity.” Zulu is technology that allows us to listen to our future while holding on to the beauty of the past.