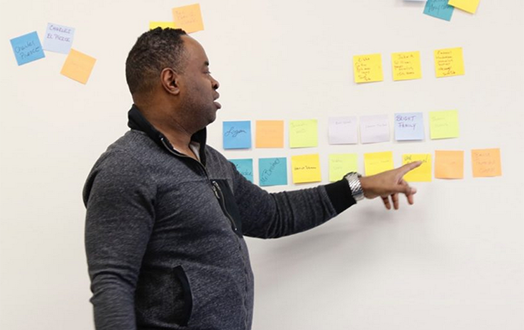 The first was a Community Task Force Meeting for the “Presentation of Findings for the TNT Southside 5-Year Plan” put together by APD Solutions, a community and economic development firm. The plan was presented by CEO Vaughn Irons, a Syracuse native and graduate of Syracuse University. A meeting for the Southside Art Mural Project immediately followed.

Before presenting the preliminary findings of the plan to about 30 people, Irons noted that the issue with the project is how vast it is. The report is currently in the 200-page range — making it too lengthy when compared to other local TNT reports that average 35 pages.

“We’re literally at the point where we have to decide what doesn’t make it into the final report,” Irons said. 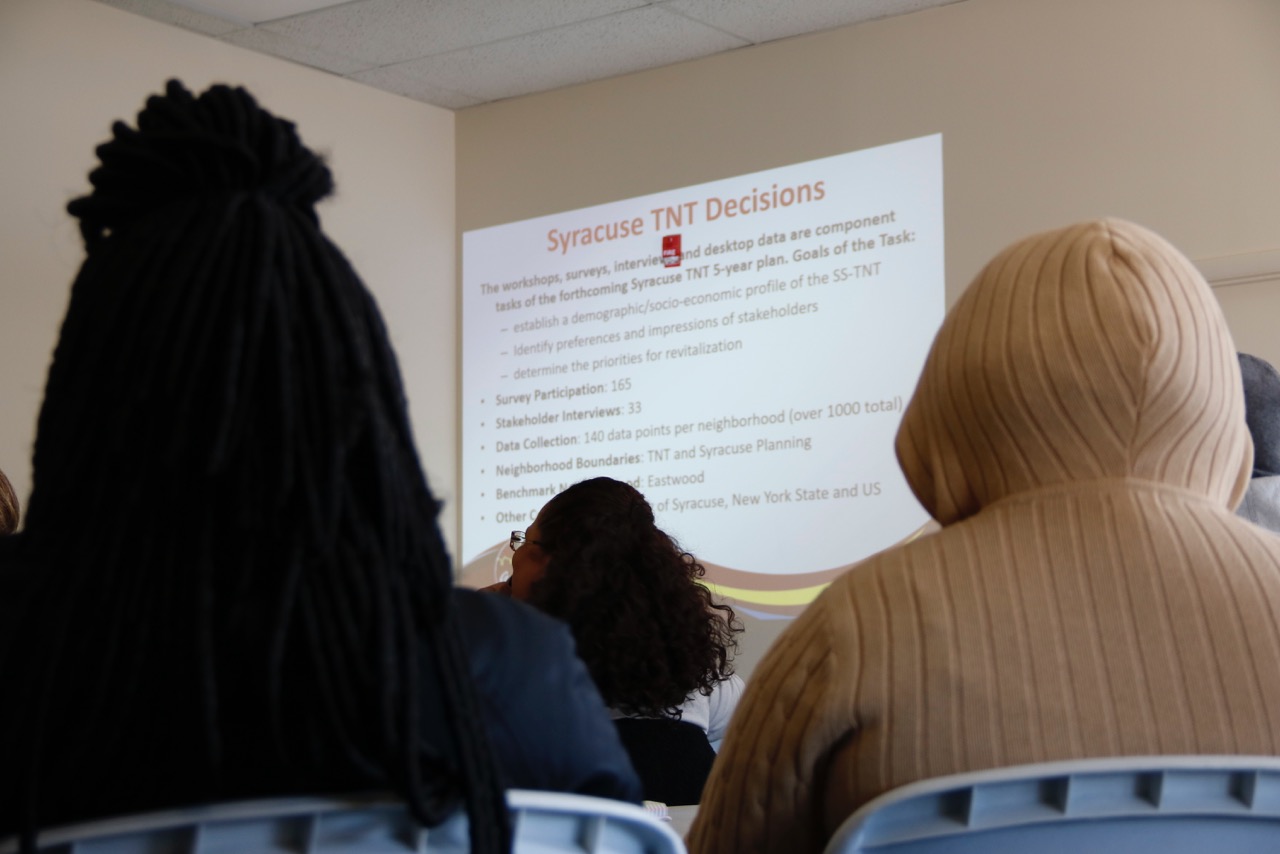 The presentation contextualized the neighborhood data profile, land-use and areas of concern.

Six neighborhoods in the South Side were profiled: Brighton, Elmwood, Southside, Southwest, Strathmore and Winkworth. Eastwood, a neighborhood on the east of Syracuse was used as a benchmark. It was chosen because it is perceived by residents of the South Side as a “good neighborhood,” according to Southside TNT members.

APD worked with the city of Syracuse to create a baseline map of the South Side. However, Irons noted that neighborhood boundaries have varied throughout the years. One discovery within the neighborhood survey data was most of the areas of high challenge are near or adjacent to city parks. Irons believes there is something about the way area parks are promoted that makes them viewed as places for people to hide rather than havens for recreation. Vacant properties nearby further fuel the perception of unsafety. Ironically the data also found that South Side residents perceive their parks to be one of their neighborhood’s biggest assets.

The amount of unsupervised youth also ranked high on the list of concerns. Irons pointed to a lack of jobs, issues within the public education system and lack of recreational activities as primary causes.

Throughout the presentation Irons pointed to the issue of jobs. From 1980 to 2010 the poverty rate went from 18 percent to 31 percent, he said. Jobs are being created outside of the neighborhoods, creating a job-proximity problem.

“It’s one thing to say we have a jobs problem in Syracuse … it’s a proximity problem; it’s a share problem,” Irons said. “It sounds like a solvable problem if we have some intentionality.”

One of the findings that most surprised community members was that safety and crime in the Elmwood neighborhood ranked similarly to Eastwood even though Elmwood was perceived as worse.

Ten to 12 people will be identified to receive a preview copy of the long draft. Their feedback and questions will be considered for the final copy of the report. APD will not give recommendations until the report is finalized.

The Southside TNT meeting that followed the community task force presentation was focused on getting input from participants and was led by Camille Coakley, an active Southside TNT member. The group recently received a grant by the University Neighborhood Service Agreement Advisory Committee to use toward the creation of an art mural project in the neighborhood. 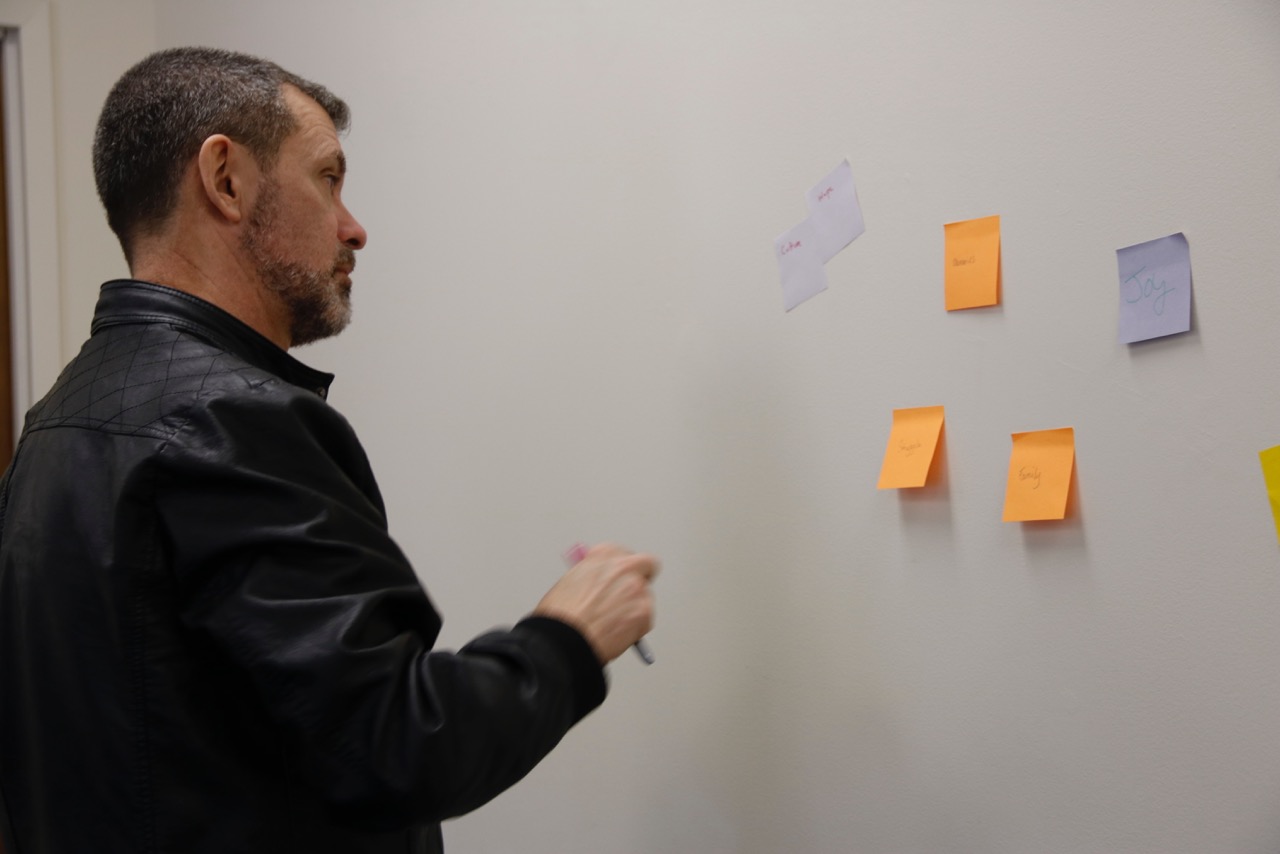 Half of the money from the grant needs to be used within the next few months so TNT doesn’t lose the funding. Originally a mural was going to be created on the bridge near Resnick Avenue., but this project is being put on hold due to its proposed destruction to accommodate the expansion of I-81. The group will not be eligible to resubmit for the bridge near Renwick until 2018.

Ken Burke, a local artist and creator of the “Lives Change Here” mural, will be the artist for the project. The mural is intended to welcome visitors to the South Side.

“We want you to think about what you want it to say and mean and how it will impact the community,” Coakley said.

Colorful sticky note pads were given out along with markers. Participants were asked to think of key words that represent the area and some of the most notable figures within their communities. At the end of the meeting, Coakley gathered the sticky notes which participants were asked to place all along the walls. Their feedback will be used to determine the design and message of the mural.