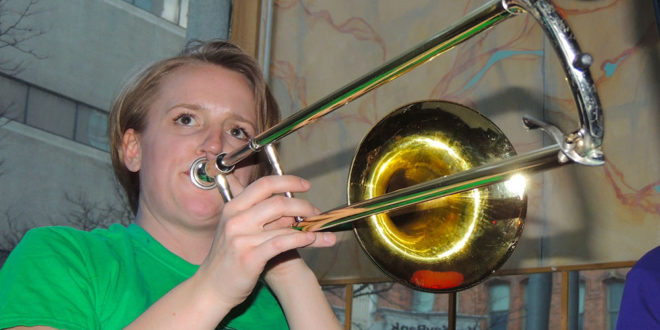 If you close your eyes on any lazy Sunday afternoon while taking in the live performances of local and guest jazz musicians at Funk ‘N Waffles downtown, it’s not difficult to imagine yourself in New Orleans — even if only until a door opens and the bitter cold wind whips through your daydream of soulful melodies.

Local Syracuse trombonist, bandleader, composer/arranger and Syracuse University instructor of jazz trombone Melissa Gardiner created these weekly Jazz Jam events in May 2015, and they’ve been drawing jazz fans on Sundays since. She has been busy creating other opportunities to bring live jazz music back to where she believes it belongs: the community. 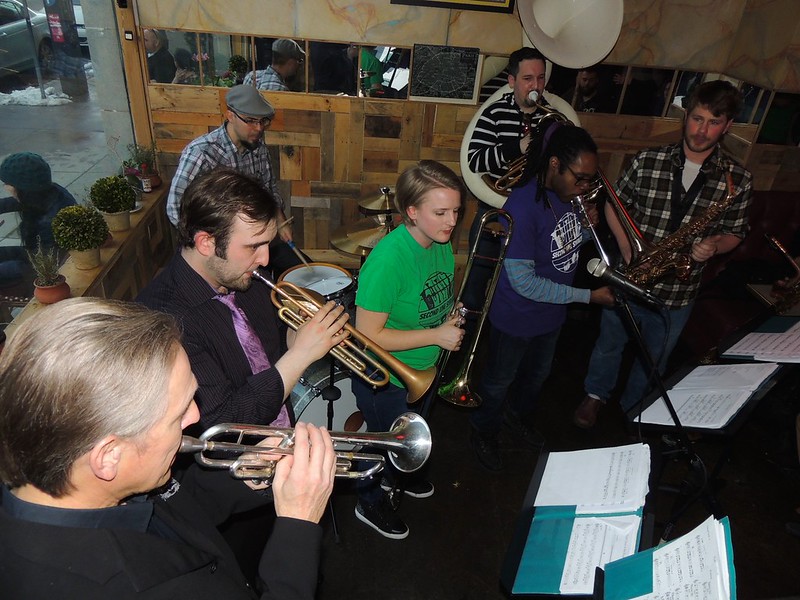 “It has always been my goal to bring people together through music,” she said. “Music is a universal language, and represents a powerful and effective way to include people from all walks of life and incite positive change within any community.”

These opportunities include Jazz Jams; Second Line Syracuse Brass Band, an eight-person brass band composed of professional musicians; Latin Drum Circle, a weekly gathering during the summer months held from 12:30 to 2:30 p.m. at Skiddy Park; and most recently — and perhaps most notable in light of Gardiner’s goal — an expansion project of the Second Line Syracuse band called the Unity Street Band.

“As the Second Line Syracuse Brass Band is a professional-level group, I wanted to create an extension … to the program to allow for anyone to join at any level, with a focus on performances for good causes,” Gardiner said.

The Unity Street Band has been active for a little more than a month and has grown with each weekly practice, held 11 a.m. to 1 p.m. Saturdays in the music room at Corcoran High School. The band consists of 15 members and welcomes anyone interested in joining — from professional musicians to beginners. 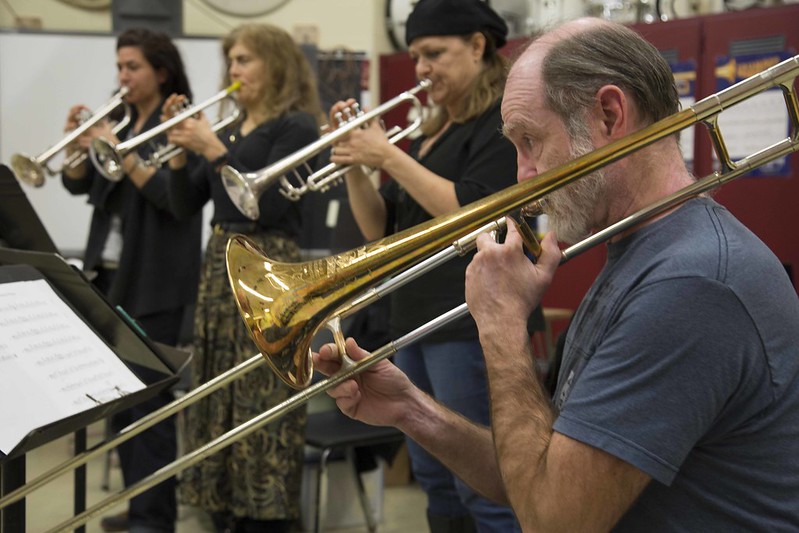 “New Orleans brass band music is the perfect place to start, as the music is fun but simple,” Gardiner said. “Our approach is to have four main sections: rhythm and percussion, bass (tuba, baritone sax, bass trombone), middle (trombone, tenor and alto sax) and high (trumpet, clarinet, flute and piccolo).

“Many people know the parts and can hold it down, so anyone can join in and play along or just improvise throughout. It is very open and a ton of fun.”

According to a press release on the group’s Facebook page, “The Unity Street Band is modeled after activist street bands around the country. All performances will support our community in some way. Anyone can join in on any ‘mobile’ instrument, all levels.”

One of Gardiner’s goals is to provide support systems for younger or less-experienced musicians to blossom alongside community members who are professionals. For example, members of her Second Line Syracuse Brass Band play with and mentor community members taking part in the Unity Street Band.

Gardiner recognizes that the support and opportunities she had as a younger musician were in large part responsible for some part of her experiences and successes. These include a master’s degree from The Juilliard School, a position as the first female jazz instructor at Syracuse University, a teaching position at Cornell University, giving private lessons, performing with her own band MG3 and playing alongside world renowned musicians such as Aretha Franklin, drummer Bernard Purdie and American funk group Vulfpeck.

The band will start with some New Orleans classics, like “When the Saints Go Marching In,” “Second Line,” “Joe Avery’s Blues,” “Do Whatcha Wanna,” “You Move Ya Lose” and “We Got That Fire,” Gardiner said.

If you’re interested in participating, it’s not too late. “We are actively recruiting new members, and enrollment is open,” Gardiner said. “It is flexible and people can join in at any time.”