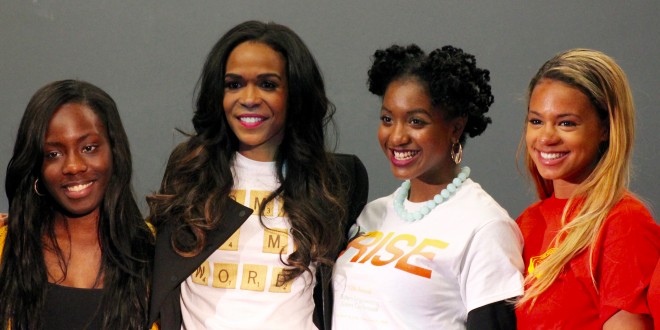 Young Females Encouraged to ‘Rise’ Above 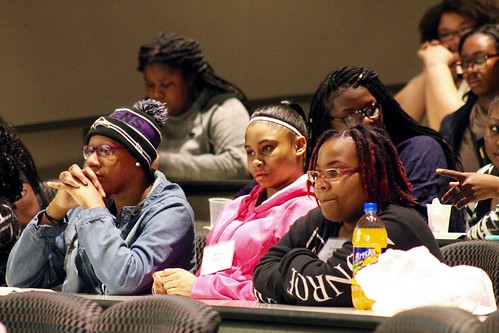 High schoolers attending the Sisters Empowering Sisters Conference held at Syracuse University on Friday, May 25, listen during a panel about romantic relationships.

At the 12th annual Sisters Empowering Sisters Conference, dozens of teenage girls from the Syracuse City School District spent two days developing a healthy self-image and bonding with each other.

During the two-day conference on March 24 and 25, hosted by the Image Initiative, they heard from speakers from a range of fields, like entertainment, professional development, health and medicine.

Nicole Watkins, a Syracuse University alumna, founded the Image Initiative as a nonprofit organization in 2004 because she realized there lacked a space in Syracuse to empower girls and young women of color. Beyond the annual conference, the organization also coordinates a mentoring program and provides workshops throughout the school year for 13- to 18-year-old girls in Syracuse city schools.

“What we really try to focus on is helping our girls make positive choices and decisions and know what to do when they encounter obstacles,” said Afua Boahene, a member of the Image Initiative’s board of directors. 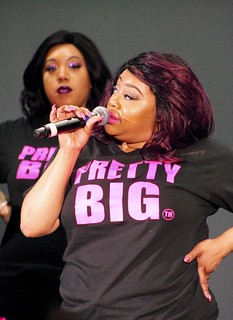 Boahene added that one of the strengths of the organization is that all of the board members come from different professional fields and interests, which means they each have a different network of resources and people to consult when planning the conference and other programming.

The theme of this year’s conference was “I Rise,” and the girls were encouraged to rise by letting go of negative thoughts, removing themselves from bad situations and ending negative relationships.

The two-day event was held on Thursday at the Crowne Plaza Hotel in Syracuse and on Friday on the Syracuse University campus. On Thursday, Dr. Jennifer L. Ellis, a cardiothoracic surgeon from Washington D.C., spoke about her field of work and being one of the only black women in her field. On Friday, singer Michelle Williams recounted her journey in the entertainment industry, and stressed the importance of keeping up relationships. 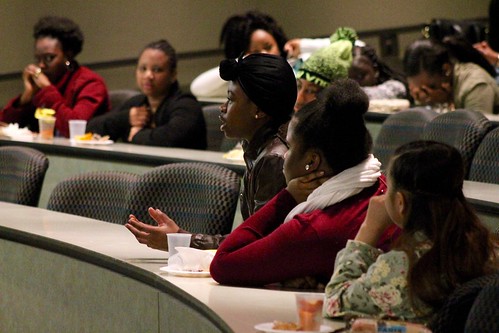 One attendee makes a comment during a men’s panel about relationships and abuse.

Shatera Pertilla, a sophomore at Nottingham High School, said she attended the conference for the first time as an opportunity to bond with girls who share her cultural background. Pertilla previously attended school in Fayetteville-Manlius School District, and this is her first year in a Syracuse city school.

“I thought it was a good way to meet new people and get to know my culture a bit better and how they see situations from a different perspective,” Pertilla said. The 16-year-old added that after attending such empowering sessions, she might like to go into the counseling field as a profession.

Watkins said that above all, she hoped that the girls would realize the value of friendship during the conference.