A Place to Relax

Syracuse parks have long been gathering places for individual neighborhoods, and although they provide a sense of identity, the committee on Parks, Recreation and Youth Programs is responsible for maintaining them all.

There are 175 public parks in the city by the count of Common Councilor Bob Dougherty, who is also the chair of the committee. And although he describes the parks as “wonderful” and “phenomenal,” he also adds that the city has as many as it can handle.

“A lot of them go back a long time,” Dougherty said. “Some of the stonework you see dates back to the Depression, and you can really see the history there. 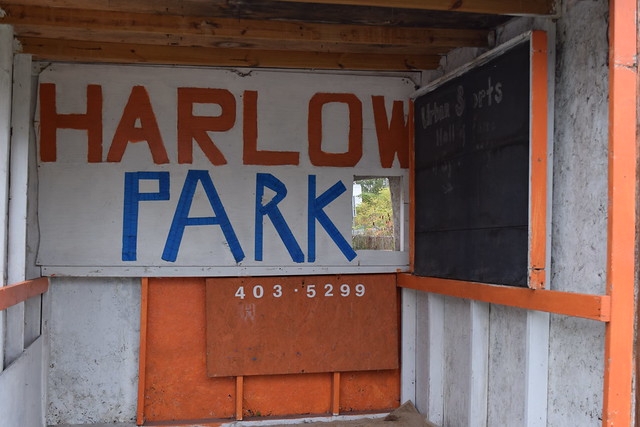 But whenever we add more, it becomes a maintenance issue. And the city doesn’t want any more, to be honest.”

But what the city does want is more athletic space, Dougherty said. Syracuse has long been a hub for sports, not only for athletes clad in the orange of Syracuse University, but also for youth participating in Pop Warner football leagues and pickup basketball games.

One place was established to honor such urban athletes. Situated at the base of the western side of University Hill, in the shadow of Interstate 81, is Harlow Park. It’s private, and it doesn’t fall under the city’s maintenance jurisdiction. Founder Carmen Harlow takes care of it himself.

“I went to SU. I’m an alumnus,” said Harlow, former deputy commissioner of the Syracuse Department of Public Works. “But I grew up on the South Side. I was born here.”

He runs a snack shack in the park, which sits at the intersection of Renwick Avenue and Martin Luther King East. As a child, growing up in nearby Pioneer Homes, Harlow could hear the chants and cheers erupting from games at the former Archbold Stadium.

Harlow discovered football there, at the base of the hill, and just how strong a catalyst community sports could be.

“There’s a lot of history, a lot of family here,” Harlow said. “On the west side of 81, this is the South Side. I know a lot about sports history around here, and can tell you whatever you want to know.”

Aside from providing a place for competition to unfold, Harlow Park also houses the hall of fame for urban athletes in Syracuse, which is situated in the park. It’s a small building decorated with photos of urban athletes in their youth, as well as the plaques and awards they received. Harlow said he wants to continue encouraging participation in local sports, especially now that he’s in the process of retiring from his position as a part-time coach at the Boys & Girls Club after-school program at Bellevue Elementary.

Dougherty also grew up in the city, and he said parks are a key component in any neighborhood’s sense of identity. He spent a lot of time in city parks, and although he had friends in the suburbs, he said the city’s recreational spaces have always been better.

Dougherty called the parks common grounds. The fields not only gave neighbors a place to gather, but also offered them a “sense of community.” 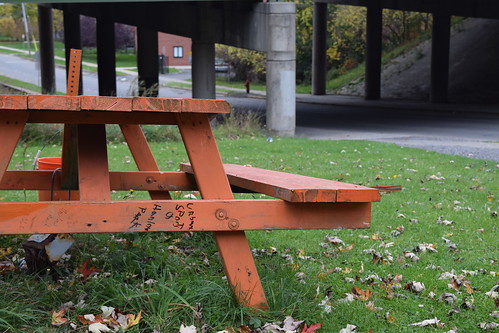 Harlow Park is private property, but Carmen Harlow, who founded the park, allows passers-by to relax when walking through it. | Mike Mahardy, Staff Photo

“A lot of these are small park corners, like in Clinton Square,” he said. “We need to continue to maintain them. They’re integral to the city of Syracuse.”

Private city parks like Harlow’s are autonomous, but any public grounds are maintained by the city Parks and Recreation Department. Suburban parks are overseen in similar fashion: Employees such as Eamonn Vaughn, of Liverpool, help the town of Clay maintain its own grounds. The town does landscaping and cleans its parks much like the city departments do. Vaughn said he spent most of his 2014 summer job repairing high school equipment, but spent about two days a week mowing the fields in neighborhood parks and clearing brush from the edges of busy roads.

Vaughn also previously worked for Onondaga County and witnessed a diverse range of people going to the parks to have picnics, throw a Frisbee around or just sunbathe. This was as common on the shores of Onondaga Lake as it was in the suburban parks surrounding the city, Vaughn said.

“We would see people of all ages along the parkway,” Vaughn said. “People always forget how many different backgrounds come from the Syracuse area, and having places to gather is a great reminder.”

Harlow’s comments on the park system align with Vaughn’s. Harlow’s urban hall of fame honors everyone from track-and-field athletes to martial artists, as long as they live within the Syracuse city limits. He said his park is “doing just fine,” and that he’s going to continue maintaining it himself because the park plays an important role.

“I’m going to continue to support sport participation in Syracuse,” he said. “Along with the history that comes with it.”