A chilly wind whipped the grounds outside Corcoran High School recently as the girls cross-country team members ran speed workouts. Their season, coming to an end, had been an exciting one, said their coach, Joseph Serrao.

Serrao, 42, has served as the team’s coach for 17 years. This year his team, which is a part of the Central New York County League National Division, has been young — a fact that bodes well for future seasons. 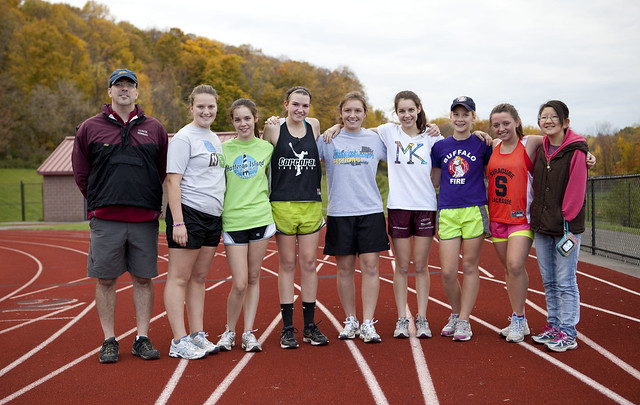 The young team, mainly composed of freshmen and sophomores, poses for a group photo. -- Photo by Allison Milligan

“We are building our team up this year because we have four freshmen, four sophomores, one senior and one junior, compared to last year’s team that had four seniors on the team,” Serrao said.

What the team members might lack in experience, they make up for in dedication on the track, Serrao said.

“We have great kids this year that are always working hard, and since they’re young, they are learning how to push themselves and get in shape,” he said. 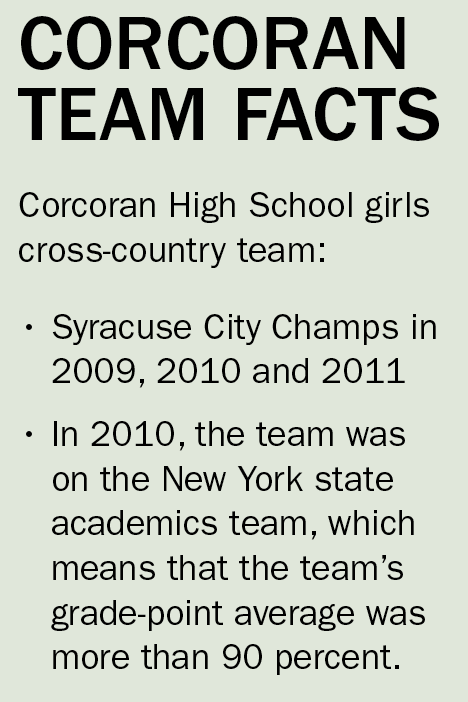 In an earlier race this season, Bridget Kenney, 16, a junior, placed second, with a 23:46 time, against Fowler High School and IT Tech — just under the first-place time of 22:43 of Tre’Shel Terpening of Corcoran High School.

“It took a lot of time and dedication to get to where I am, and running unmodified in middle school helped,” Kenney said. “But it’s scary to be a top runner because you’re always scared that someone is going to pass you.”

In order to be able to place top 10 in races, the team has speed workouts that help runners build endurance.

Emily Streissguth, 15, a sophomore, has a best time of 25:46 and gets a lot out of the speed workouts.

“Practice starts at 3 p.m. and during speed workouts, we run 400s, which are to increase speed, and when we do distance, it’s a good pace run to gain endurance,” Streissguth said.

Most girls on the team have been running since middle school, but being on the cross-country team is a first for Molly Driscoll, 14, a freshman. Driscoll, who plays lacrosse and soccer, wanted to keep her endurance during the fall season, and she didn’t think it was going to be difficult. But she changed her mind.

“It’s extremely difficult, and I can honestly say, it’s the most intense sport I have ever participated in,” she said. 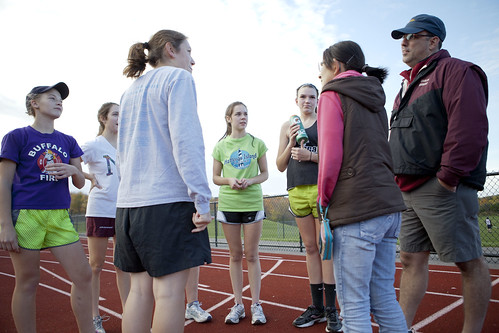 Driscoll started running in the summer with the team, and she appreciates that Serrao takes time to build up the beginning runners. “He works you up, and when I started I would do a couple miles, and then he would tell me to do three and a half, and now, my longest run has been six miles, and I feel pretty good about it because I can say that I have run six miles,” she said.

The moment before the starting pistol is fired, Driscoll and the other runners agree that it’s the worst feeling because their hearts race so much.

“I get so nervous when I’m standing there getting ready to start the race, and I stay nervous for the first mile or so, and I feel like my legs are just buckled,” Driscoll said.

But once the race begins, most runners think about how many miles they have left and about not stopping, regardless of how tired they may feel.

“When I run, I keep count of my laps and tell myself to keep my legs moving and try not to think about the pain and especially not let other runners pass me,” said Madelyn Kelly, 16, a sophomore.

Having many races throughout the season requires the team to travel to different schools to compete.

When the team travels during the season, the school provides the transportation, but the team still puts on fundraisers for a big trip to New York City.

“We take a trip down to the Bronx, called the Manhattan College Invitational, and that is the one trip the team has to pay for,” Serrao said. Total cost for the team is about $4,000.

Most fundraising money comes from the team running a concession stand that offers hot dogs, nachos, chips and bottled water at school games. But the team is looking to do more fundraising.

“We have these nice sweatsuits that we got, and the district didn’t pay for that because they only pay for the racing uniforms,” Serrao said. “So anything else that we might want, we have to fundraise.” 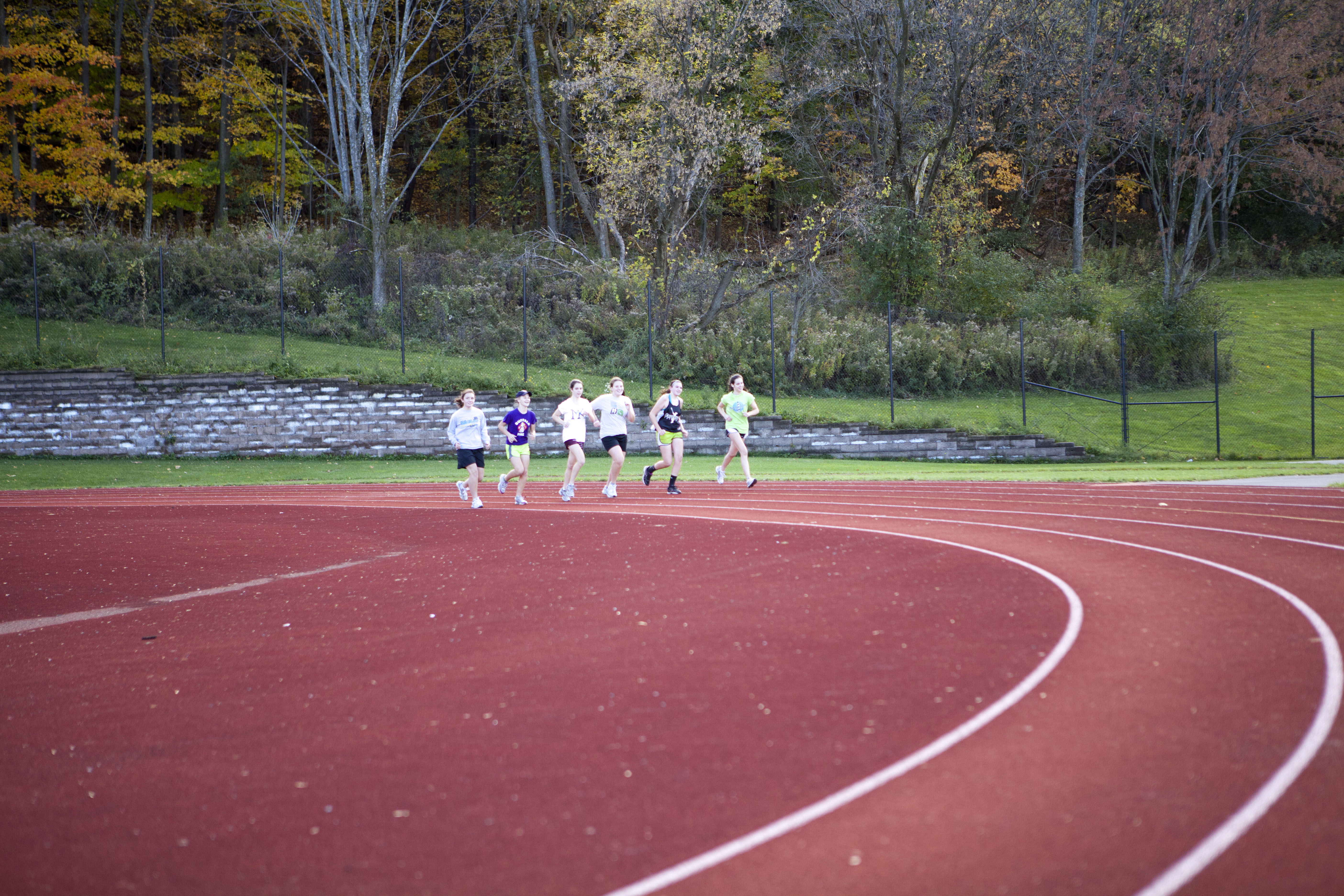