Nadia Diaz strikes out her opponents to reach the top

With countless player cards spread across their backyard table, Jose Diaz and his young daughter, Nadia Diaz, share a close bond. The 12-year-old has accomplished much in her short baseball career.

“We’re very proud of her,” said Diaz, who — like Nadia — is wearing a Red Sox shirt.

Diaz, a Syracuse school bus driver, also coached Nadia’s District 8 Little League team, the Pirates, this past season. However, as 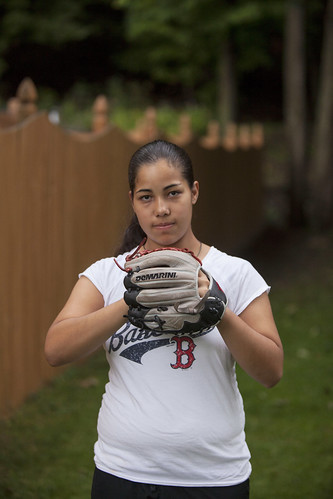 Diaz recounts, he originally wasn’t sure about her playing.

“It was actually her mom who signed her up,” he said of how Nadia originally got into the sport. “I didn’t want her to.” 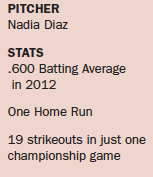 He worried that because it was considered to be a male sport it would be harder for Nadia to play. However, Nadia’s interest and love for the game proved to be too strong to keep her away.

“I just started liking it,” recalled Nadia, who began playing at the age of 5.

Diaz says that during baseball season, he and Nadia practice every day — though it’s a rule at home that she must finish her homework first.

“I just come home now ready to change into my baseball clothes and go out with my dad,” Nadia said.

Nadia’s mother, Jeanette Diaz, describes Nadia as her own biggest critic and is harder on herself than her father when it comes to missing a practice.

And all her training paid off. In a championship game against fellow Southside American Little League majors team the Cubs, Nadia registered what is considered an unprecedented 19 strikeouts. Since the teams were co-ed, Nadia’s performance garnered even more attention, as current league president Jason Purdy describes.

“She was the only girl in our entire majors out of four teams,” Purdy said. “You see the opposing side thinking it was going to be ‘an easy time’ … and then she strikes them out.”

While Nadia is proud of that day’s accomplishment, she recognizes that her performance also is fueled by her great teammates and their dedication.

“Everybody is my friend,” Nadia said.

Nadia’s father agrees, noting that all of his players are considered equal. “A team is made of nine or 12 players,” Diaz explained. “There is no star on my team.”

Purdy notes that having Nadia in the league is a great draw not only for the league, but also for encouraging other young females who may be nervous or unsure of joining a male-dominated sport.

And it seems the American Association of Girls Professional Baseball took note as well. The group of women served as the inspiration behind the 1992 motion picture film “A League of Their Own,” starring Tom Hanks and Geena Davis. The group asked Nadia to throw out the first pitch at the 69th reunion softball game held at Alliance Bank Stadium in September. Shelley McCann, the reunion chairperson, said Nadia was chosen after countless people had begun to email and call her about this rising young star.

“I just had to get her at that point,” McCann said. 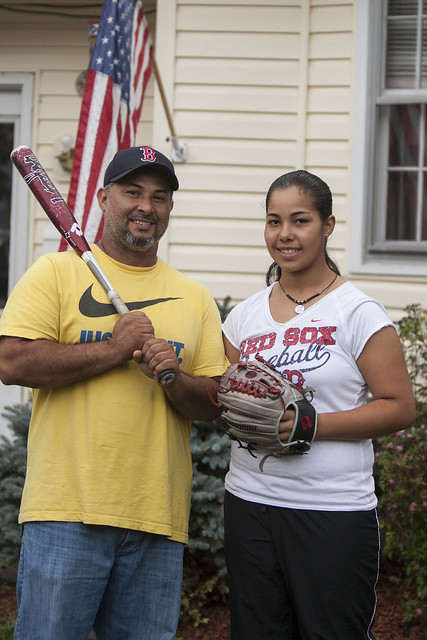 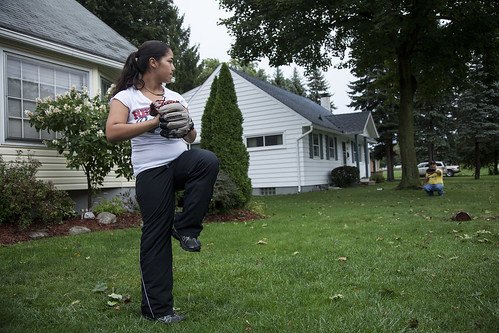 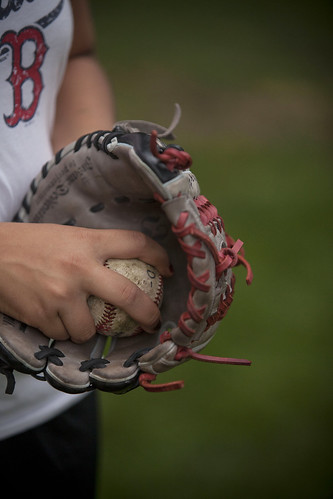