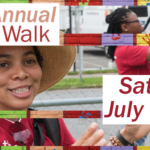 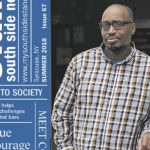 The Stand’s Summer print issue features Charles Rivers on the cover, who after serving 19 years, 9 months and 4 days in prison, returned to Syracuse in 2012. He now runs PEACE, Inc.’s South Side center and has helped parolees reunite with their families in Syracuse under a $95,000 pilot grant. Currently, PEACE is waiting to see if the grant ... END_OF_DOCUMENT_TOKEN_TO_BE_REPLACED

The Stand in Italy 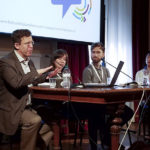 South Side paper’s efforts featured at International Journalism Festival The Stand is huge in Italy. Really, it is. The reporters, academics and industry professionals who met in Perugia, Italy, in April for the International Journalism Festival were full of praise for The Stand and its approach to community journalism. Many people who attended the festival are interested in finding ways ... END_OF_DOCUMENT_TOKEN_TO_BE_REPLACED

August 25, 2017 Comments Off on Officer Speaks Out About Firing Gun 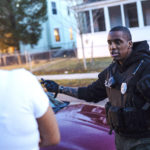 While under review, Ahmad Mims couldn’t speak about incident for over two months It was the first time he had ever fired his gun while on duty — and the first time he ever feared for his life. Asked if his police academy training had prepared him mentally for what happened April 22, the six weeks he spent on paid ... END_OF_DOCUMENT_TOKEN_TO_BE_REPLACED 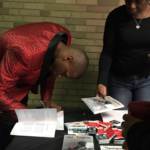 Anti-violence activist introduces his book to inspire others to ask for forgiveness Rashawn Sullivan pauses while addressing the crowd at his Jan. 6 book-signing event. After a deep breath he says, “These are tears of joy. I went to prison at age 17, and now I’m here.” Sullivan was released from prison in 2015 for committing a drive-by shooting in ... END_OF_DOCUMENT_TOKEN_TO_BE_REPLACED

November 3, 2016 Comments Off on Literacy Creates a Sustainable Community 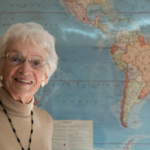 This month’s cover story spotlights local literacy pioneer Ruth Colvin who is set to celebrate a milestone birthday. During a Birthday of a Century — set for Nov. 18 – Colvin’s work for the past 55 years to increase adult literacy will be celebrated along with establishing an endowment in her name to keep her local legacy going. Money raised ... END_OF_DOCUMENT_TOKEN_TO_BE_REPLACED

Vice principal brings crisis plan to Dr. King Elementary School based on doctoral research *Editor’s Note: This online version has been updated from the print story to reflect ‘Salaam Jennings-Bey’ in second reference and clarify a ‘popular’ student seemed to be valued over others Quiet is the way Dr. Najah Salaam Jennings-Bey was described when she was taking her first ... END_OF_DOCUMENT_TOKEN_TO_BE_REPLACED

September 30, 2015 Comments Off on Moving Forward 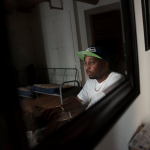 What would have kept you from joining a gang? “Move.” Quante Wright says it’s the only thing his mom could have done to prevent him from joining Brighton Brigade. “Move me out of that environment. When I came off my porch,” he said, “all I saw was drug dealers.” Looking back, Wright notes three catalysts that propelled him into gang ... END_OF_DOCUMENT_TOKEN_TO_BE_REPLACED