Mary Nelson made a small change Saturday to her 13th annual Youth Day Barbecue. While the event had been completely free in the past, this year she asked each family to donate $1.

Since it began, the event has provided South Side students with free backpacks and school supplies. Her event this year distributed these necessities to a record 22,000 city children. 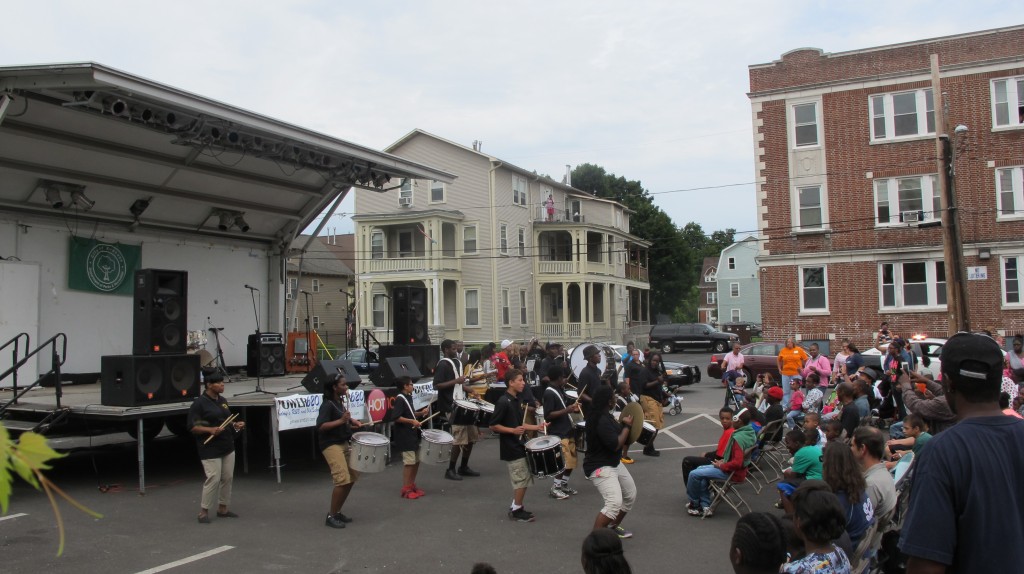 Though the backpacks and supplies are free, the money donated by the families is for the neighborhood-based Syracuse Elks marching band to buy new equipment and uniforms. “It’s all about paying it forward and giving back,” Nelson said.

Nelson is the president of the Mary Nelson Youth Center, which provides area youths with such services as homework assistance, nutrition, career exploration and computer skills classes. Nelson started the Youth Day Barbecue after she lost her nephew to gun violence. She wanted youths to know the community is committed to them and their peaceful education, she has often said.

Thousands of people gathered at the barbecue, which took place on the grounds of the Beauchamp Branch Library, at the intersection of Salina and Colvin streets.

The event began at 11 a.m. with a parade around the South Side led by the Syracuse Elks Marching Band.

The parade ended at a stage set up in a parking lot where Nelson gave her opening remarks.

“I want parents and kids to be ready for the upcoming school year,” Nelson said.

Nelson also spoke directly to ongoing violence in the community.

“I don’t have answers for the violence,” Nelson said to the crowd that sat in rows of folding chairs in front of the stage. 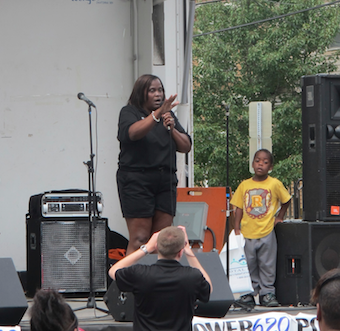 The issue is that children are running too many houses, instead of the parents, she said. “They are taking ownership of the house …. and when they tell you to sit down, you sit down,” she said.

Parents need to take ownership of their children, she said. “You can get in a line for free backpack, but you can’t check if your children are in their bedrooms?”

Mayor Stephanie Miner also spoke to the crowd. “There is so much fighting going on around the world and within our own country,” Miner said. “This event is a testament that the people of Syracuse are people who stand for peace, justice, togetherness and community.”

After the speeches the stage turned into a space for entertainment. Twelve acts featuring members of the South Side community were scheduled to perform between noon and 5 p.m.

Across the street, a large tent was set up to serve free barbecue to thousands from the community. Beyond the barbecue tent, three inflatable “bounce houses” were set up to entertain children.

Thousands of people passed through the line for backpacks, which stretched across the street and deep into a parking lot. In addition to backpacks, families could also choose from stacks of donated books that were being given away.

Stands were set up where volunteers helped people to get their library cards, learn more about dental hygiene and register to vote. 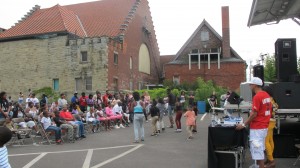 “There are many good services that people use and need in one place,” said Rosa Clark, the retired principal of McKinley-Brighton Elementary School. “The size of the crowd shows that people appreciate having events and services in their community that are accessible.”

The People’s AME Zion Church was giving away thousands of pieces of clothing, for people of all genders and ages.

Christine McNeely, the director of the Human Association of Central New York, was giving away a surplus of dog and cat food that had been donated to the shelter. The event is a great way to reach out to many families at once, McNeely said.

Sheila Lilley, the mother of a McKinley-Brighton student, has been attending for nine years. The event is very helpful for parents who financially struggle, Lilley said. The addition of the dollar fee is good, she said; she felt parents should donate to help others.

This reinforced Mary Nelson’s whole point: In a neighborhood, no one can make a change alone.