Police Chief Frank Fowler was clearly infuriated. As one news account reported, Fowler’s voice was quivering in anger as he spoke during a press conference about the senseless, unprovoked beating death of a 70-year-old man outside a local convenience store. At his personal and emotional urging as well as the cooperation of witnesses, an arrest was made in the case within 48 hours. The outcome was a recent example of Fowler’s passion for breaking the city’s string of violent crimes that will be recognized at 6 p.m. Dec. 14 during the 100 Black Men of Syracuse’s sixth annual banquet. 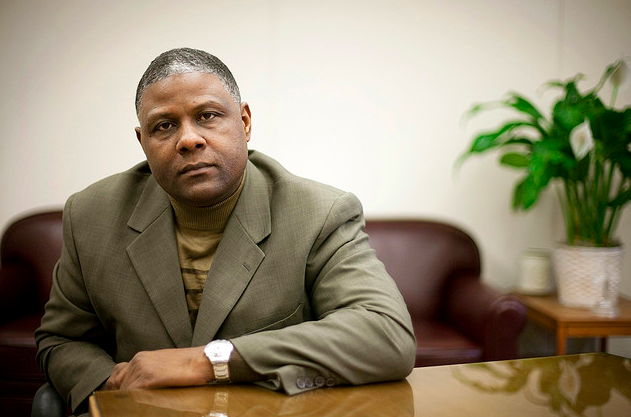 The banquet, whose theme is “A Community on the Move,” moves this year to The OnCenter in downtown Syracuse.

And, unlike past years when the 100 cited the accomplishments of multiple individuals or institutions at the organization’s primary fundraising event, Fowler will be the banquet’s sole honoree.

“I hope the attention Chief Fowler receives on the evening of Dec. 14 will build on the community’s confidence in his leadership of the Syracuse Police Department,” said 100 Black Men of Syracuse President Vincent Love. “With the help of men and women in law enforcement following the Chief’s example and his willingness to work with our community, we can keep our men, women and children out of the criminal justice system.”

Proceeds from the banquet support the 100’s mentoring, education, health and wellness and economic empowerment activities throughout the year. Tickets are available for purchase by contacting the 100 Black Men of Syracuse office at (315) 443-8749 or buying them online (for the first time) by visiting the organization’s website at www.100blackmensyr.org.