Khalid Bey, the Democratic candidate who narrowly prevailed in a race for the Common Council’s 4th District seat, said he knew all along it would be a very close contest. Bey defeated Green Party candidate Howie Hawkins, 1,154 votes to 1,072.

A Syracuse native, Bey graduated from Nottingham High School and has spent the past 15 years in Syracuse advocating for economic development on the South Side. As a small business owner on the South Side, Bey has seen the depletion of its business district. His first priority as Common Councilor is pushing for job creation.

“It provides the opportunity to solve more than one problem at a time,” Bey said. 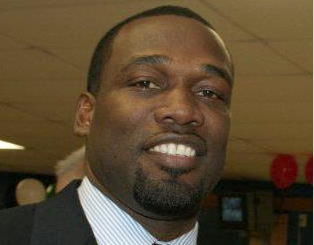 He also said job creation is necessary for the growth and sustainability of the South Side. “Our state financially is closely related to lack of employment and severely handicapped business districts, so that’s my number one priority,” Bey said.

One of the main business-friendly institutions in the 4th District is the South Side Innovation Center, a small-business incubator based in Syracuse University’s Martin J. Whitman School of Management. Joanne Lenweaver, the director of the WISE Women’s Business Center, said she has seen the most recent growth on the South Side in entrepreneurship. Last year, more than 350 people went to the South Side Innovation Center to help develop their business plans and get their businesses off the ground. In addition, more than 1,000 people went to the center to take classes on how to improve their businesses. Classes ranged from accounting courses to practicing leadership skills to public speaking courses, she said.

Lenweaver said these programs for prospective entrepreneurs will help continue to improve the South Side business district that concerns Bey.

“This is the cycle that will be successful, whether it’s on the South Side or any other community in the country,” Lenweaver said. “People making a difference in their own lives and communities.”
Bey said he also plans to help advocate for better government efficiency — using the city’s economic and labor resources to their maximum potential.

Bey also said education is very important to the 4th District and the city as a whole. He said there are children dropping out of school all across the city, and there needs to be more parental involvement in order for improvement to take place. Bey said he has “an excellent relationship” with new education commissioners, all of whom are Democrats. “Parental involvement is paramount, but it’s the responsibility of excellent school board members to progress in the near future,” he said.

Max Ruckdeschel, one of four candidates who won a seat on the city’s School Board in the election, said he and Bey have worked closely together.

“Khalid is a very strong supporter of public education in the city of Syracuse, and we’re very lucky to have him on the Council,” Ruckdeschel said.

Both Ruckdeschel and Bey were endorsed by the Working Families Party, a progressive party intended to put forth the issues of working-class and middle-class families to politicians.

As for Hawkins’ future, he said he isn’t ruling out upcoming elections. Hawkins said he did a nice job of raising awareness for employment equality and will continue to work on the issue.

One of his goals is to have other members of the Green Party run for office so he can be a mentor rather than a candidate, he said.

“Ideally for me, instead of being a candidate, I would want to be somebody supporting a candidate and helping them organize their campaign,” Hawkins said. “Our campaign team met over the weekend, and we’re going to work on this.”