Ever since 2002, Mary Nelson, founder of the Mary Nelson Youth Center, has worked to empower her community. Recently Nelson decided to reach kids through the form of entertainment. On Thursday, April 12, Nelson will hold her first mock interview of the radio program Rise Up, which she says is scheduled to air on Clear Channel’s Power am 620 on April 23. Taking a step back Nelson said she will let kids talk on the show about occurring issues. 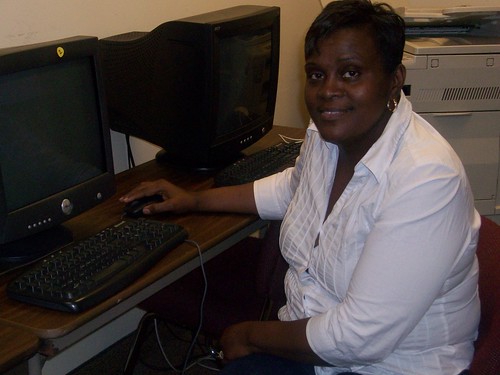 Rise Up, the live call in show, will officially launch May 5 airing every Saturday from 2 to 3 p.m. Nelson serves as the shows creator and organizer while Jus Mic from Power am 620 will moderate. She said she wants the show to give voice to the youth and give them an opportunity to express what is going on in their community.

“We’re going to be asking them questions about what’s going on,” Nelson said. “The first question I’ll ask them is how does violence affect you.”

Nelson said she hopes the show will teach kids alternatives to violence.

On April 12, Nelson said John McCullough, executive director at New Justice, will join the discussion. New Justice is an organization that strives to resolve small group and interpersonal conflicts through the use of intervention and preventative programs. New Justice serves four Central New York counties: Onondaga, Oswego, Cortland and Madison. Nelson said overall she hopes Rise Up will teach people how to walk away from violent situations.

Also, Thursday’s show will feature students from one of Nelson’s sponsors, b.i.k.e Syracuse, an organization that strives to motivate kids through bicycle riding. And Thursday an announcement will be made as to how Syracuse high school students can apply by essay submission to appear on future shows.

A few years ago, Nelson created the Mary Nelson Youth Center as a way to further her reach in the community. The center serves as a after school program and service agency located on 2849 S. Salina St. The center provides free meals and tutoring to kids as well as assistance with resume writing, housing referrals, food pantries and more. “I want to teach them tolerance,” Nelson said. “Be that punk, be anything they want to call you and walk away from it.”

Nelson recalls how she decided to take action in Syracuse after her nephew Darryl Patterson died of gunshot wounds in 2002. Nelson said her nephew was shot by a friend who was hallucinating on drugs. In order to keep youth out of trouble and in school, Nelson created the Youth Day Barbecue. Every year since 2002, Nelson has provided back packs and school supplies to students from pre-K to college at the annual barbecue.

Nelson said the death of her nephew showed her the impact violence can have on a person’s life, including those who are not directly involved in altercations. “What I’m trying to say to them is I did everything right,” Nelson said. “I wasn’t hanging in the streets but it still affected me.”