One look at Fanny Villarreal’s kitchen, and it’s clear that the mother of two is proud of her kids. Their artwork and examples of good grades line the cabinets, with more added every day. “My sons are the light of my life, very active, very intrigued with everything, always questioning,” Villarreal said. “I always like to hang their projects or their 100-plus grade-level work in the kitchen.”

In turn, Brian, 13, and Carlos, 7, know their mom is making a difference in the Syracuse community. They recently surprised her with a gesture that made her realize how important her job really is. 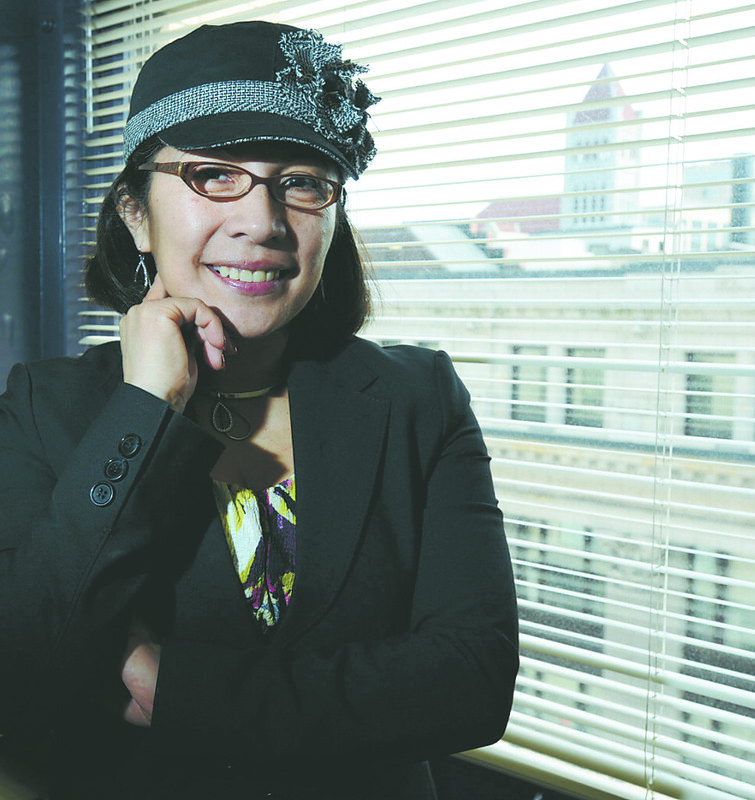 “When I became the executive director of the YWCA, an announcement came out in the newspaper,” she explained. “So [my kids] cut it out of the newspaper and hung it up in the kitchen, and when I came home they said, ‘Mom! Look!’”

Fanny was so touched she could barely speak, Brian said.

“She was just smiling and so happy that we would do that for her.”

Her new position at the YWCA adds to the ways Villarreal has had an impact on the Syracuse community. The YWCA offers a variety of programs and events targeted for women, as well as teen and adolescent girls. These programs, ranging from a housing project to motivational healthy lifestyle campaigns, combine to fulfill the mission of the YWCA: to empower women and eliminate racism.

In Syracuse, 32 percent of residents are living below the poverty level, and 66 percent of families have all parents and guardians who are present working full time, according to the U.S. Census. The YWCA addresses how this can affect women and girls, helping to motivate them to set and achieve goals.

One of those women is Kathleen Phillips, a resident of the YWCA’s Women’s Residence Program on the South Side. Located at 300 Burt St., the project does more than give women a place to stay. Caseworkers teach life skills that help to keep them on the right track.

“I met one of the caseworkers while I was in rehab and came as soon as I got out because I had nowhere else to go,” Phillips said. “It’s a wonderful program because it’s young women just trying to get on their feet.”

Part of the project provides women with a stable part-time job at the YWCA office, working at a news-stand in the lobby of the building.

“Because of my background, it’s been hard for me to find a job,” Phillips said. “Them having this newsstand, giving me an opportunity and employing me, it shows other employers that you are responsible and employable.

“(The YWCA) trusted me to give me this position, and it’s helping me turn my life around.”
It was through this job that Phillips met Villarreal, and she has found Villarreal to be a constructive presence in the YWCA, she said.

“I’ve seen that Fanny is making changes, and she is always such a positive person,” Phillips said.

As executive director, Villarreal wants to give these kinds of programs more publicity in the Syracuse area. There are so many success stories, she said.

“I hope to educate the community about the services we provide,” she said. “One of our programs, Girls, Inc., just got a grant for $175,000 a year for five years that will go towards pregnancy prevention programs in two different schools. What I would love to do this year would be to provide the visibility we need to have in order to reach more women.”

Villarreal’s former co-worker, Taino Palermo, is confident she will. As the YWCA youth development director, Palermo works closely with Villarreal and says her straightforward and clear leadership style has done a lot for the organization.

“I have known Fanny since I was in high school, and she has always had a way of bringing people together that no one else does,” Palermo said. “Just last year, she organized a dinner dance for her Nosotros radio show, and both Dan Maffei and Ann Marie Buerkle attended.”

Villarreal is also someone who leads by example, Palermo said.

“When we are planning on attending an event, and maybe setting up a table, she doesn’t tell people, ‘OK, you have to work at the table.’ She says, ‘I’m going to be working the table, you can join me.’ She is a very hands- on leader.” 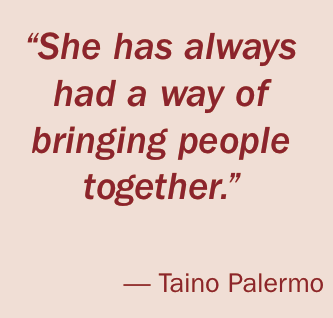 Villarreal’s leadership and drive to help the less fortunate began in her home country of Peru, where she would volunteer at her church every year. Her family was well off, and its blessings were her motivation to help others, she said.

Two of her older siblings attended Syracuse University on scholarship, but Villarreal was not planning to follow in their footsteps. However, after a broken engagement, Villarreal decided she needed a change of scenery.

“I was a lawyer at the time, and so I decided to go to a different part of my country and there I became a judge,” she said. “I was also working for the president over there.

“I thought that would help me forget about everything, but I actually started feeling really, really depressed.”

So Villarreal decided to leave everything behind and move to Syracuse in 1991, much to the dismay of her parents.

“My father paid for my education in Peru, so he was like, ‘What?! I paid for your education and now you’re going to go there to do what?!’ ” Villarreal said with a laugh. “But I just wanted to go, so I went.”

While Villarreal wasn’t positive about what she wanted to do in Syracuse, an experience early on made her realize her passion for helping people.

“When I came here, I worked at a school, and I would cry when I saw the kids were throwing out cartons of milk because they didn’t want to drink the whole thing,” Villarreal said. “I was thinking how in my country, how many kids would love to have that little milk that they were throwing out. And that just made me see the difference from where I’m coming from and here. It gave me the opportunity to realize how lucky I am.

“And so when I came here, I decided to do something to help people.”

Her first stint at “helping” was a little less conventional than her recent jobs. When she first arrived in Syracuse, Villarreal settled into a job as a cashier at Nojaim Brothers Supermarket on the Near Westside. Her title might as well have been “social worker,” she said.

“So there was a point where I wasn’t even doing my cashier job because most of the time I was giving advice to everybody.”

Paul Nojaim, owner of the store, saw Villarreal’s potential and set her up with Catholic Charities. From there, her career with nonprofits moved quickly. Villarreal took a job as executive director of the Spanish Action League, then went to P.E.A.C.E., Inc. to serve as the director of family and community development. That eventually led her to her current position with the YWCA, which is the best position for her yet, she said.

“I think it is an awesome opportunity for me because of my experiences,” she said. “I believe in the mission, empowering women, eliminating racism, dignity for all, freedom. I think those are the things that we all should have.”

Her passion is evident as she walks through the YWCA office. Bustling in from a morning meeting, she greets everyone with a wide smile and a cheerful “hello.” Her desk is covered with papers, evidence of all the projects the YWCA is working on. Sitting at her desk, she flips open her calendar for April. Every day is packed from start to finish.

Villarreal’s friend and former assistant, Diana Perez, who teamed with her at the Spanish Action league, says Villarreal works tirelessly.

“At the Spanish Action League, their budget was about $300,000 and they had nine employees,” Perez said. “When she left a couple of years later, she had doubled the staff to about 21 and tripled the budget to over $1 million.”

People who know Villarreal — including her children — agree that her work ethic is unparalleled.

“My mom is one of the most passionate people I know,” son Brian said when describing his mom. “No matter what she is doing, or who she is working with, she always does so in the most caring way.”

Even with her busy schedule, Brian says his mom makes sure the family always has time together.

“Ever since I can remember, we have sat down for dinner at the table every night as a family. No TV on or anything, and we would share good experiences and not so good experiences.

“It’s a great way to connect to our family.”