The everyday South Siders who call for more African-Americans to represent them in government may have to do it themselves.

But political experts in town and some African-Americans who have made it into city leadership acknowledge getting involved is costly and somewhat intimidating, and the very people calling for a greater voice sometimes misunderstand how government works. They add that one job of government is to actively educate and involve its citizens. 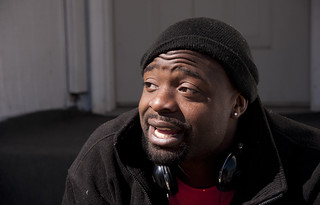 Kahari Thomas works at Omanii’s Lemonade Heaven on South Avenue. “The kids nowadays … they’re not really interested in government,” he said. “They don’t see the connection, where if you can control the power of the politics, you can control the things that happen in your neighborhood.” | -- Cheryl Mowczan, Staff Photo

That makes three in a group of 19, said the mayor’s press secretary, Lindsay McCluskey. The two African-American additions were Joseph Bryant – who replaced his brother, who moved — and Julius Lawrence. But in a city where 30 percent of the residents are African-American, it would take a half-dozen cabinet members to represent the city’s population. Neither Bryant nor Lawrence responded to calls or emails seeking comment.

“There is a disparity in city government — not just in relation to African-Americans, but people of color in general,” said 4th District Councilor and South Side resident Khalid Bey, an African-American who was elected in November. “Persons of color are not as intimately involved with government as they could be.”

Bey said ethnicity has played a role in the way some people have approached him. Just because he is African-American, Bey said, “In certain areas of the district, some may have preconceived notions about the type of job they believe I can or cannot do.”

But he added that race does not define his agenda.

“I have goals that attack joblessness, poverty and illiteracy,” he said. “A poor person is poor, not based on ethnicity, but because of a lack of know-how or a lack of opportunity. These are the areas where we need to focus our efforts.”

Few African-Americans run for office because it takes a lot of resources, said Shana Gadarian, a Maxwell School professor specializing in political communication and public opinion.

“To the extent that the African-American population in the city has fewer resources — time, money, ties to organizations with power — this is a disadvantage,” Gadarian said.

African-Americans and other minority groups may also be less inclined to run if they are not encouraged to, or if they doubt themselves, Gadarian added. 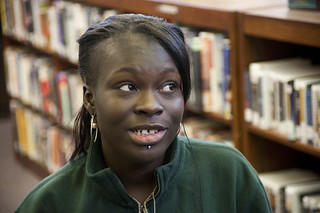 Stephanie Knuckles, a student at Onondaga Community College, said, “I know we don’t get much representation. They should look at more issues that African-Americans and minorities have.” -- Cheryl Mowczan, Staff Photo

Government has an obligation not just to serve people, but get them involved, Bey said. “The intimate connection between politics and the voter, or government and the constituent, has to be made obvious.”