Local author Roger Knight on his first book and his passions

Roger Knight, a local author, says that the court decisions made around the deaths of Michael Brown in Ferguson and Eric Garner in Staten Island remind him why he was motivated to write his novel, “The Citizen Rising.”

Even before these events made news, Knight found himself engaged in the court system.

When an unarmed Amadou Diallo, an immigrant from Guinea, was shot and killed by four New York City policemen in 1999, Knight wanted to bring his son to watch the trial. 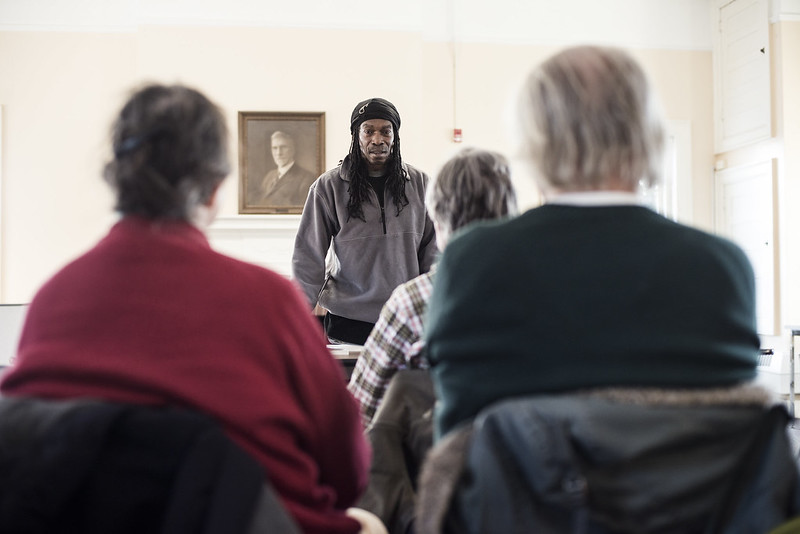 But the trial was moved to Albany, where all four officers were eventually acquitted of their charges, including second-degree murder.

“I didn’t like how the trial went,” Knight said. “All of the police got off, and I didn’t like what black leadership had to say. This made me feel like the powers that be don’t think that black people have any power.”

A few years later, Knight told his sons he was going to write an article in response to the acquittal. But as he began writing, he realized he had more to say. He continued to write for the next eight years.

In 2010, he finished the initial writing of “The Citizen Rising.” Knight says his novel, through themes of morality and ethics, explores the biases of the American justice system and its disempowerment of black communities.

The novel was published last February and can be purchased on Amazon.com. Early in January, Knight held his first book discussion and signing at the White Branch Library in Syracuse. Aran West, a librarian at the branch, has gotten to know Knight through his visits and attended the event.

“Roger is a charismatic personality, a philosophical thinker, a way cool dude and a keen observer of people and political systems,” she said. “He has lived in interesting times and is well-read and versed in the classics.’”

West sees Knight’s novel as being connected to current events, as it was inspired by the Amadou Diallo decision.

“In ‘The Citizen Rising,’ the citizen experiences the same event Roger did, but directs his feelings into an action plan to empower and uplift the black community by gathering a group of handpicked individuals, accomplished in their own right,” she said.

“He shows them how they might unite to take and hold the reins of power — political, economic and social, physical, mental and spiritual — and build a new society inclusive of people from all walks of life and all rungs of the ladder.”

Knight, who worked for the U.S. Postal Service, attributes his writing skills to his undergraduate years at Morgan State University in Baltimore.

Knight said much of his education happened outside the classroom, as pivotal American history took place. He described racial tensions as the Civil Rights Movement grew during the 1960s and recalls seeing Ku Klux Klan members burn crosses on campus. He remembers the Baltimore Riot of 1968 when Martin Luther King Jr. was assassinated and martial law was enforced.

As a student, Knight said he was disturbed by media coverage of these events and their portrayal of black people, in general.

“Whenever these events happened it seemed like the news would try to find the most ignorant sounding person they could find to describe what happened,” Knight said. “They were trying to fix this at black colleges like Morgan State in the 1960s. We read a lot, but they really focused on how you spoke.”

Knight said that his education at Morgan State instilled within him a desire to bring different black voices to the forefront of American culture.

“If all Americans see on television are black people committing crimes and being arrested, then that’s a serious problem,” Knight said.
But, for Knight, “The Citizen Rising,” is just the beginning of his cultural commentary and call for action.

“Beyond writing, I would like to teach a class on ethics, civics, values and morals,” he said. “I would like to teach this class to 5-year-olds.”
Knight, who used to work for Peace, Inc. and Head Start, explained that young children are exposed to all other academic areas.

“We should teach children morals, instead of just teaching them to make money,” he said. “If you take away the spirituality and human aspect of learning and working, then it quickly becomes empty.” 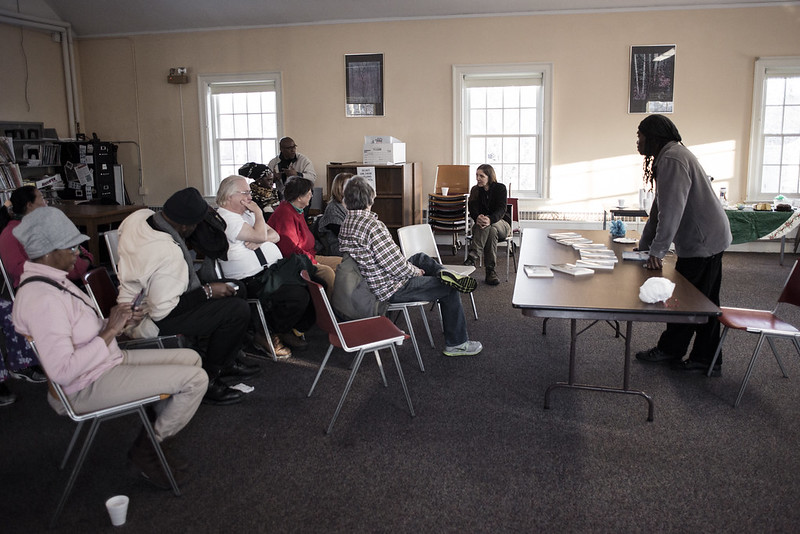