After burglars broke into Mary Jackson’s house twice in the span of three months, she realized that after 33 years of living on Tallman Street, she would have to leave.

“Living alone, I just didn’t feel safe in my own home,” she says, now 98 years old and content with her current residence in Brighton Towers.

But a group known as the Community Health Foundation of Western and Central New York decided to ask seniors like Ms. Jackson what they would like to see in a community development project.

About 30 seniors participated in a forum at the Dunbar Center on Friday, Aug. 12, to help brainstorm what kinds of services and programs would be most beneficial to seniors living in Syracuse’s South Side. They were asked to list one specific thing that would make it more likely for a person to remain in their neighborhood as they grow old.

“You’re the experts,” said Louella Williams, Dunbar’s executive director. “You can tell us what you need, what you want, and how it can serve you.” 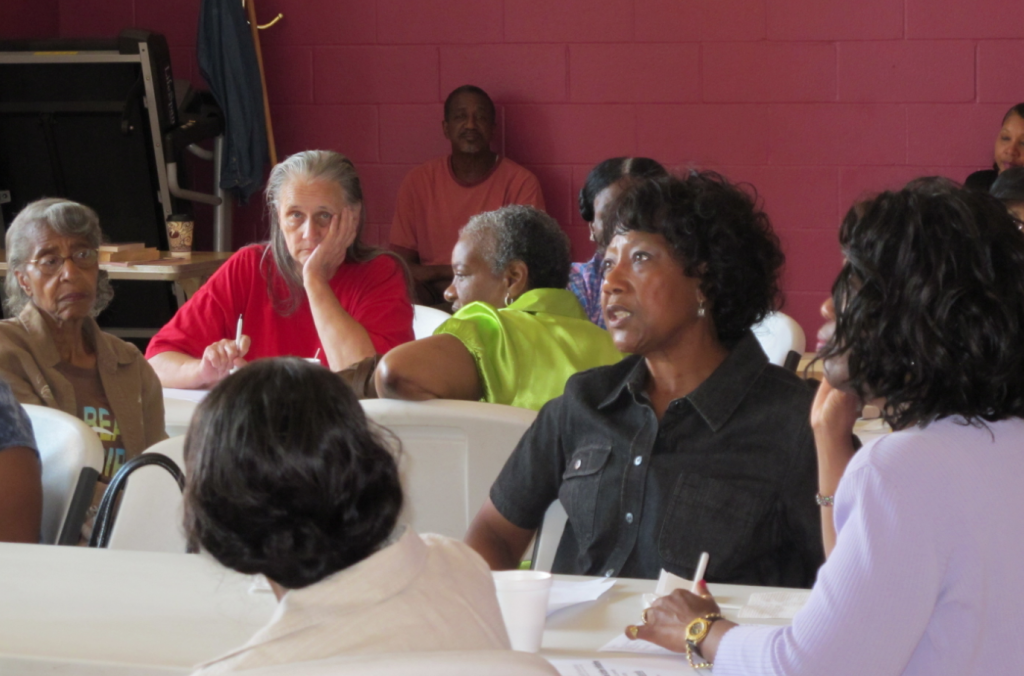 Some asked for transportation to the doctor’s office or the establishment of a neighborhood grocery store. Others took a more serious tone, reiterating the need for neighborhood watch groups, quicker response times from emergency services, and an overall feeling of safety in the community. As the list of requests projected onto the screen at the front of the room grew longer, more and more hands shot up in the air to offer ideas.

Sam Kunjukunju of the Community Health Foundation calls the forum a “concept mapping” session. After the foundation finishes gathering data from eight neighborhoods in Onondaga County, they will begin research to decide which concerns are addressed the least in each sector. Then, they will work with community organizations to develop projects in each neighborhood of focus.

Kunjukunju says the benefit of assisting seniors is manifold. The majority of healthcare costs are used to care for the elderly. But if seniors are able to age independently, they become a largely untapped resource to benefit the community where they’ve lived for so long.

Sixty four-year-old Marion Irvin grew up in Syracuse, graduating from Central Tech High School. He says that seniors provide stability, values and wisdom to a community.

“They’ve seen everything, made mistakes, gotten past them,” he added.

The hosts of the event went home with a list of ideas for future projects, while the seniors went home with the satisfaction that they had given themselves a voice in the process.