The Evolution of Syracuse Community Geography

When one thinks about hunger the first thing that comes to one’s mind isn’t usually mapping. But that was exactly what the precursors of Syracuse Community Geography (SCG) did to study the demand for food pantry supplies in the city at the request of the Samaritan Center, a soup kitchen in the downtown area.

When the study, titled the Syracuse Hunger Project, was conducted, in 2003, Lucas Barros-Correia was a sixth grader attending middle school in his hometown of Boston. On Mar. 6, Barros-Correia, now a senior geography major at Syracuse University, was manning one of two computer stations, located in close proximity to a projector showing images of the hunger study on a highlight reel.

“In May 2013, I decided to apply to a yearly internship at Community Geography in order to research topics such as the potential of mobile farmers’ markets to be part of the solution to food scarcity,” he said. “This involves assembling data sets and using GIS (geographic information system).” 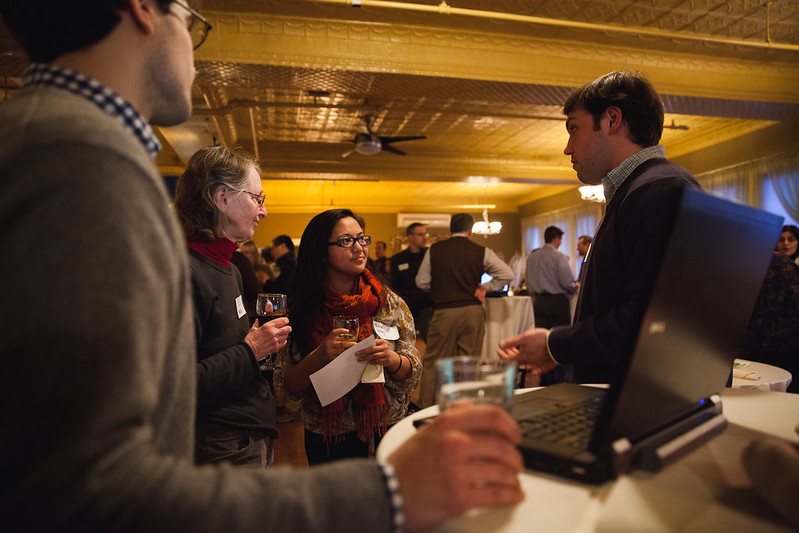 The slide show and concurrent events, held at the Palace Theatre at 2384 James St., were put together by SCG to celebrate the eighth anniversary of the commencement of its formal cooperation with community organizations in Central New York, including the Partnership for Onondaga Creek (POC), Onondaga Citizens League and United Way, all of which sent members to the commemoration.

In addition, SCG has collaborated with the City of Syracuse, which was represented at the meeting by Andy Maxwell, director of the Syracuse-Onondaga County Planning Agency, and Steve Harris, city arborist.

SCG’s duty is to “map and spatially analyze … identify and address challenges, providing insight on social issues such as food insecurity,” according to its press release. In order to achieve these goals, SCG relies on students such as Barros-Correia as well as on faculty.

But before students and professors can get to work on an specific project, it has to be submitted to SCG by a community-based organization, coalition or task force, or a municipal entity. Then the project is assessed for its “societal benefit” by SCG’s advisory board, which is composed by eight members.

One such board member is Aggie Lane, an activist with POC and the Urban Jobs Task Force, who has been part of the advisory committee since 2012. Lane said that eight years ago, Jonnell Allen Robinson, SCG’s director, did mapping for POC related to jobs and skills and presented it to a community meeting on the South Side. Then in 2010 and 2011, Robinson hosted South Side youth brought to SU by the partnership and taught them about global positioning system (GPS) in a fun way. 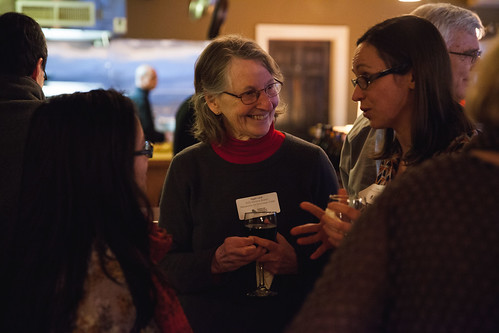 “Jonnell created a GPS treasure hunt for the them, allowing them some hands-on experience with GPS locators,” Lane said. These experiences compelled Lane to join SCG’s board, she added.

Lane also praised SCG’s recent role in helping the Urban Jobs Task Force by mapping the city’s unemployment by neighborhood, which she said has been useful for the task force’s advocacy around jobs for low-income people.

“Various maps and studies on the SCG website illustrate some of the problems and initiatives that benefit the South Side, such as the day-care study, the food desert study, the community garden mapping, the poverty maps to name a few,” she went on to say.

“I value Community Geography’s work so much that it is hard to think about going back to the days when SCG didn’t exist and each group had to figure out on its own how to capture data and map it.”

Barros-Correia seemed to agree. “I have contributed to geographic projects on disaster response management, tobacco advertising and housing demolition, vacancy and tenure patterns in Syracuse,” he said. “I enjoy the diversity of projects that I have been participating in while working at Community Geography.”