For as long as he can remember, South Side resident Jovan Daniel loved horses.

While his mother attended school at the University of Minnesota, 3-year-old Jovan would tag alongside her and visit the place on campus where students could board horses. He fed them and occasionally even got to sit on one.

“It just kind of stuck to me that I like horses,” said Jovan, now 16. “So my grandfather took me to get lessons by his house. My mom said that it was just a phase, and that I would grow out of it. But obviously it stuck with me.” 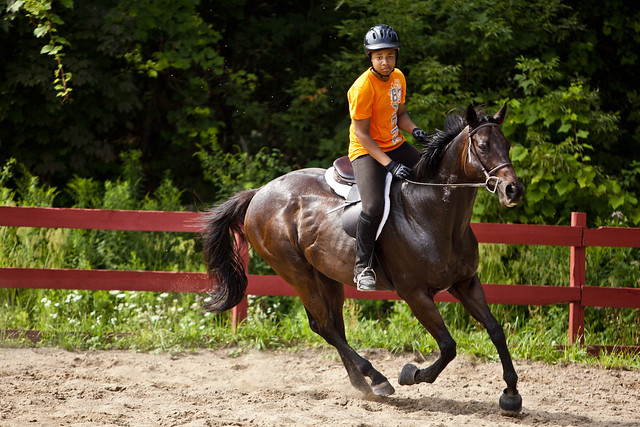 Jovan said he continued riding horses to become the skilled equestrian he is today, practicing one or two days for a few hours after attending classes at Faith Heritage. During the summer, he practiced whenever he could get out to the horses.

At 13, he started training and competing with the five horses he owned and boarded in Nedrow at the time. He already has a second-place award for flat work and jumping. Many people might have seen him compete at the New York State Fair.

“I train them mostly over jumps, but we want to work on flat work, like walk, trot and canter, before we get to the jump,” Jovan explained. “We want to get the horses associated with jumps so they won’t be scared of being around them or anything.”

And training can sometimes be difficult, he added, since every horse has his or her own personality.
“You have one horse that’s really goofy and nibbles your shirt and licks you in the face,” Jovan said with a laugh. “Then you have a horse that’s a slow poke and you have to really get going so he knows that you mean business.”

Now Jovan has one horse, named New York to Paris, and he said he wants to move on to the next stage of competing.

“I want to be a professional rider and trainer,” Jovan said. 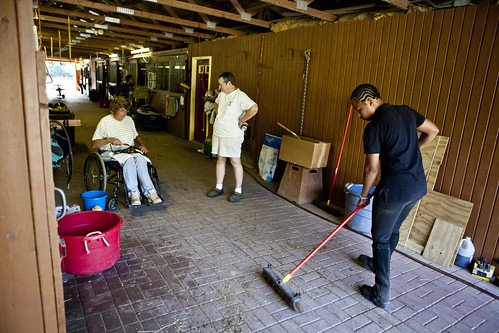 Jovan is searching for a job in his South Side neighborhood and is seeking sponsors to help ease the cost of his equestrian interests.

“With all the equipment you have to have — the riding apparel, the horse and the board — it racks up a lot of money in the end,” he said.

“It is an extremely expensive hobby, but it’s my job as his mother to nurture my child’s interest,” she said.

Daniel said she remembers her pre-school-age son galloping around the house with a tail made of toilet tissue, his hands curled up in little fists to represent horse hooves. He even developed calluses on his knuckles, she said.

While other children changed their minds from day to day on what they wanted to be when they grew up, Daniel said her son always knew his true path.

“He read every book and watched every movie he could get his hands on about horses,” she said. “He is at peace when he is around horses and has found his love, the key to success, and it is on top of a horse.”

The young equestrian said he would never stop riding.

“I just love horses,” Jovan said. “I’ve been around them almost all my life, and it’s such a fun sport to be able to participate in. Just having the opportunity to be in it, I feel so honored.”