The Onondaga branch of the NAACP will hold a special event for local high school students with the goal of bringing them into an academic program that would link them with adult mentors in a specific field of their choosing. The meeting will be held on from 11 a.m. to 3 p.m. Saturday, Sept. 29, at the South Side Communication Center, 2331 S. Salina St.

The chapter revived the program—part of a national effort called ACT-SO—last year to allow African American students to compete for spaces that emphasize the humanities, science, business and visual and performing arts. It is a year-long project with various time commitments. Any high school student and their parents or guardians living in Onondaga County are welcome to attend.

“Each student is paired with an adult in the community for a mentoring program. This person helps coach them in the category of their choice. Students can compete in up to three different categories,” said Gwendolyn Fagan, director of the Onondaga ACT-SO committee.

ACT-SO, which stands for Afro-Academic, Cultural and Technological and Scientific Olympics, is a year round program for African-American high school students to compete in 26 categories based on humanities, science, business and visual and performing arts.

“ACT-SO helps tune students’ skills. In high school, a lot of kids’ morale is down because they may not succeed in the classroom as other students do. This program lets students showcase their skill because every child is great in one thing or another,” Fagan said.

Onondaga County offers an opportunity for students to compete in a more intimate environment than other NAACP branches. Don Witherspoon, president of the Blair County, Pennsylvania NAACP branch, is not able to hold a local competition due to its small size and proximity to NAACP headquarters in Baltimore.

Last year, 40 students applied for the Onondaga ACT-SO program. Students competed against their peers in the county. The first-place winner of each category at the local level were eligible to compete at a national competition, which was held in Houston last year.

This year, the national competition will be in Orlando. 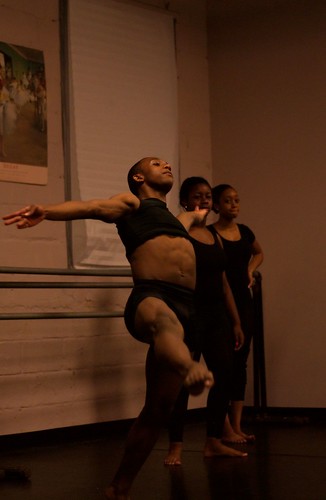 This past summer, Tevin Johnson and Tracee Jennings competed at the national level. Johnson competed in the dance portion of the program; Jennings in entrepreneurship.

“I danced a contemporary piece in Houston,” he said. “I didn’t place but being a part of the ACT-SO program is an accomplishment in itself. There are so many people who will help you on the way, which is remarkable in itself.”

Johnson also had the opportunity to help choreograph the award ceremonies dance pieces.

“We had to learn five pieces in two days,” Johnson recalled. “It was a stressful experience, but it was great to get a chance to see how professional dance companies work.”

Johnson says he was able to make connections that will hopefully assist him in reaching his goal of attending Fordham University.

“The judges’ are known in the Afro-Central genre of dance. What really helped me was that we got feedback from our auditions, and I could read what I needed to improve on and what was impressive. It was a great learning experience,” Johnson said.

Both students want to extend their participation with the ACT-SO program. Johnson hopes to compete again this year.

“ACT-SO is an opportunity. I have met so many people who are great in the business. It’s a great opportunity to get exposure in the field of your choice and to be surrounded by a lot of positive energy,” Johnson said.

Jennings’ task was to create a business plan for a company. Her idea was “Lady Lovely” an internet shopping site for women with a larger foot size.

“I came up with the idea because my feet are larger than normal, and it’s a pain to find shoes that are comfortable and fashionable,” Jennings said.

Both Johnson and Jennings were impressed with the judges’ feedback.

“The judges’ wrote down thoughts about my business plan. I know that I have to work on my presentation portion,” Jennings said. “A judge put I had one of the best business ideas; to me, that was a huge accomplishment.”

Because she is a high school graduate, Jennings is not eligible for this year’s competition, however she is going to help mentor new students.

“The ACT-SO competition has given so much to me, that I want to give back,” she said. “It’s a great program for students, and I think everyone who can should get involved. It changed my life, and I’m sure it’ll change others.”