Malik Long went to camp for the first time last summer — reluctantly. He was worried he wouldn’t have a good time or get along with the other campers.

However by the end of a week at an outdoors camp, Malik, a seventh-grader at Clary Middle School, had canoed, hiked through the forest and learned to identify edible plants such as wood sorrel.

Malik, 12, was one of five children who had the opportunity to attend a Department of Environmental Conservation summer camp in the Adirondacks free of cost last year, thanks to an arrangement between the state DEC and the Partnership for Onondaga Creek, a nonprofit South Side environmental advocacy group.

This summer, the partnership is hoping to involve twice as many campers in what it calls a “broadening” experience for children who, in many cases, have never spent time outside cities.

“It’s good to be exposed to something different from what’s going on in your own neighborhood,” said Aggie Lane, a leader of the partnership. “A lot of these kids never get to go anywhere to speak of. A lot of them have never been away from their families.” 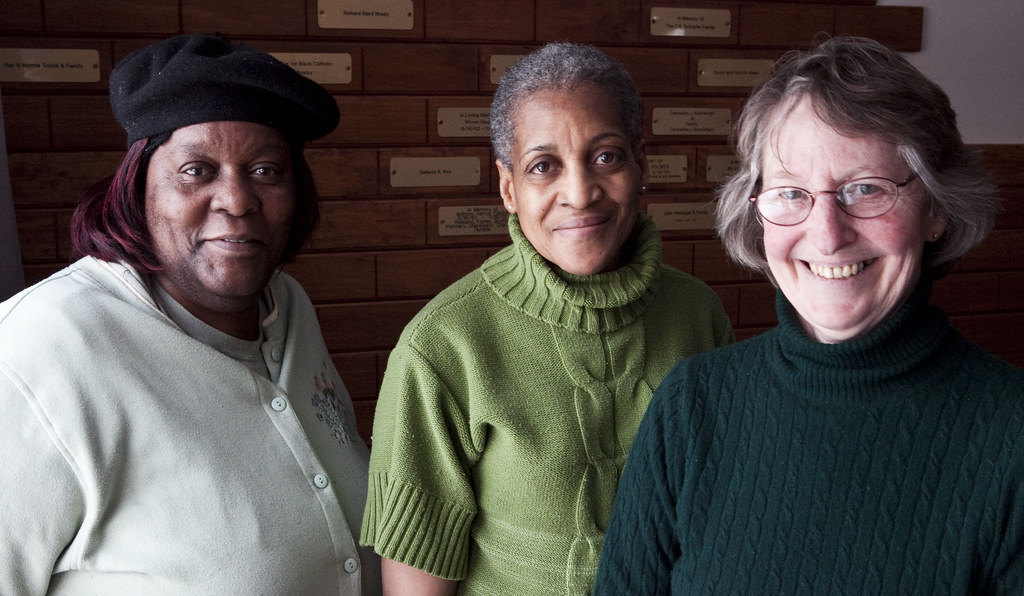 Joanne Stevens, left, Elmore Davis and Aggie Lane are team members in the The Partnership of Onondaga Creek, a nonprofit South Side environmental advocacy group. They help send city youth to an environmental summer camp in the Adirondacks. ll Photo by Juliette Lynch, Staff Photo

The department runs eight one-week camps open to children ages 12 to 17 in July and August. The partnership provides transportation but asks parents for a $50 contribution toward travel costs.

The campers spend the week hiking, fishing, swimming, canoeing and learning about the environment. They can also choose courses in archery and firearm safety.

Malik Long’s father, Homer Everson, hesitated at first about whether Malik was ready for camp.

“I was actually expecting a call to come and pick him up for his behavior, but he ended up having a great experience,” he said. “He hasn’t stopped talking about it since he’s been back.”

The camp scholarships are worth $325 each and were first made available to the partnership about eight years ago. But the group wasn’t able to recruit campers until last year because it was focused on fighting the development of the Midland Avenue sewage treatment plant. South Side residents spent about a decade fighting the construction of the plant, which displaced dozens of families.

Last year, the partnership reached out individually to children it thought would be interested. This year, the group expanded its recruitment process through word-of-mouth and an informational meeting held in January.

Children and parents are required to attend two meetings to prove their commitment to going. Like last year, campers will also attend monthly events before camp starts, working in community gardens and picking up trash across the South Side.

“We really want to build environmental activists,” Lane said. “We want these kids to fall in love with the environment, be exposed to people working on it and maybe see it as a career path.”

Shaimanik Jackson, 14, went to camp last summer with her twin sister Shaimanice. She learned why it is important to take care of the planet, and she said she’s kept that in mind since coming home.

“Every time I see my little brothers and sisters taking water, I say, ‘Not too much! Not too much!’” she said. “And I don’t like to litter anymore.”

For parents, the scholarship is an opportunity to give their children something they couldn’t otherwise.

Everson, a single father and director of Camp Little Oak for girls with bleeding disorders, had never been able to find a camp for Malik. “Around here there was never an opportunity for him to go without me having to pay an arm and a leg to get him there,” he said.

The partnership said that last year’s campers were welcome to apply again, and Malik is already looking forward to returning.

“Once you go, you just want to go again and again,” Malik said.

In fact, Everson said, Malik had only one complaint about his experience last summer.

“The only thing he didn’t like was that the batteries died too soon on his camera.”