Delvon Shepherd doesn’t understand why Corcoran High School no longer lets him stay after class for extra help from his teachers.

“They eliminated all after-school activities except for sports,” the 15-year-old junior said.

At the beginning of this school year, a new, daily schedule replaced the old, which had allowed students such as Shepherd time at the day’s end for teacher meetings and after-school programs. 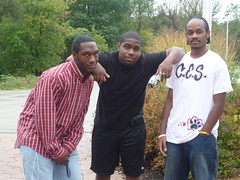 “It is so the kids have more options for classes throughout the school day,” Hicks said. “Now, kids can have more electives. That is the purpose.”

Still, some students such as Shepherd dislike the new schedule, even with the later first bell.

“Instead of having that time (to learn after school), I need to get it in class,” he said. “If I don’t understand it at that time, then I don’t have anyone to help me with it.”

Shepherd’s after-school programs are also being hurt. He is a member of the school’s Mentors of Manhood program, a group that works with Hicks to improve the graduation rate of the school. Normally, they met twice a week after school. According to Hicks, the program director, this year they are still struggling to find a time for their meetings.