Valerie Hill, the director of community services at the Southwest Community Center at 401 South Ave., says that for her, summer programming doesn’t end when the leaves take on their bright autumn hues. 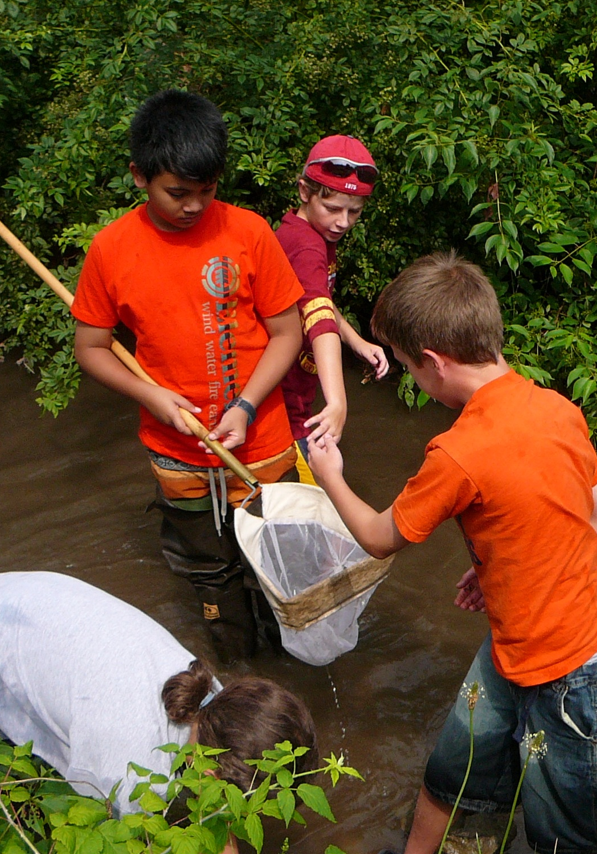 Between September and June, Hill works to organize every detail of the center’s summer programs, from the camp’s overarching theme, to fieldtrips and funding.  Each year in early June, the results of Hill’s extensive planning bears fruit when approximately 200 five to 13-year-olds descend on the center for a summer filled with activities that are both educational and fun. In past years, field trips have included trips to an engineering class at Syracuse University, to local lakes and museums. Last year, four campers went to the tennis U.S Open.

“That was an experience of a lifetime,” Hill said.

This year, the camp’s theme will spotlight the local environment. Hill said she hopes the attendees will depart with an understanding of how they can contribute to protecting the world around them.  The theme, she said, will “basically focus on self-esteem — ‘me and my environment.’”

Terri Konu, the Upstate New York Executive of the American Camp Association, says summer camps, like that of the center, are instrumental for a child’s healthy development. Konu says camps provide a setting where children can, “take safe risks and work with other kids to deal with conflict in the best way.” Between 2001 and 2004 the ACA surveyed the families of 5,000 summer camp participants. The results of the study, published in a report titled “Directions–Youth Development Outcomes of the Camp Experience,” found that attending camp promotes the development of “positive identity, social skills, physical and thinking skills, and positive values and spirituality.”

“We had one student who, when he started, he was very shy. He has autism.  At first he just observed. Now, he can participate in all of the activities; he is able to interact with his peers,” Arocho said. “They come to Dunbar; they feel comfortable, and they grow.”

This summer the Dunbar Center is offering a six-week program for up to 90 five to 14-year-olds.  The summer’s theme is “fun fitness and be healthy.”

Konu says the positive benefits of summer camp can be seen equally in children who participate in resident camps and day camps.

“It’s a wonderful experience every child should have,” Konu said.

For students living in Syracuse, plenty of opportunities exist. Every year, between June and September, the city brims with youth-centered programs, provided by private organizations and the city’s Department of Parks, Recreation and Youth Programs. This summer, Say Yes to Education will host summer camps at 18 Syracuse schools. The day camps will run from around 8 a.m. to 3 p.m. Students can develop new skills related to art, dance, sports, drama and more. 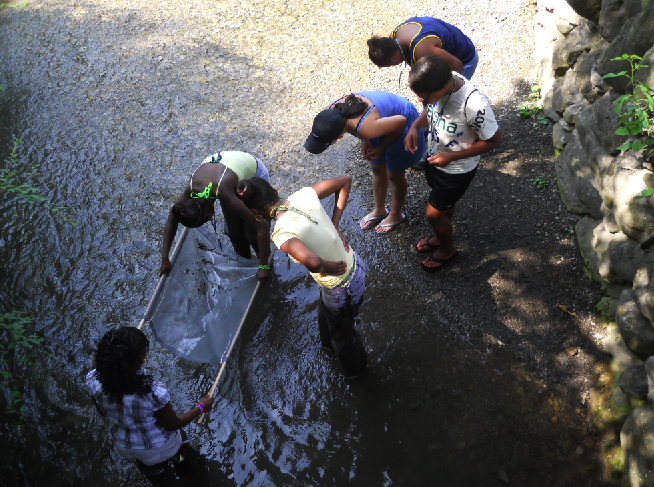 The Syracuse parks department is offering 11 full-day camp options and six half-day camp options this summer. The city provides transportation to and from meeting locations. Chris Abbott, the recreation program director, says the city processed more than 600 registrants last year, and they expect a similar number this summer. The city’s camps cater to a wide range of students with an assortment of intellectual, creative and active pursuits.

“Each summer, we try to mix sport and physical activity-based themes with experiential learning-based themes. We also try to mix the ‘traditional’ basketball, soccer, arts and crafts with the ‘unique,” Abbott said.  This year, options include soccer, basketball and outdoor adventure camps as well as environmental science camps and robotics camp, which engages students in the design, construction and testing of robots.

“Themed programs may introduce a child to, and perhaps spark an interest in, something new and different — an interest that may then be pursued more thoroughly throughout the year,” Abbott said.

The city’s soccer camp runs five days a week, between Monday and Friday. Oscar Vergara, the director, says the camp has approximately 100 attendees each year. Participants range between eight and 13-years-old. Vergara welcomes students with no previous soccer experience.

“Skill level can go from being a complete novice to the game to some having played at recreation leagues and even modified level,” Vergara said. “It is all about having fun, making new friends and maybe learning just a little bit about the game every day.”

“One of the things we hope students take away from this is to build interest in science and see science from a different perspective that maybe they don’t see in school,” Murphy said.

Camp tuitions range in price. The summer camp programs sponsored by Syracuse parks are around $40 for a week of full-day sessions and $25 for a week of half-day sessions. Hill, of the Southwest Community Center, said that this year, due to recent budget cuts, the camp will charge $25 per student for the entire program.  Konu says that if needed, parents should inquire about “camperships,” scholarships for camp, to help finance tuition. Abbott said that while the city strives to keep its rates low, parents are welcome to contact the parks and recreation department’s main office for information about need-based assistance.

This summer, Mercy Works, a not-for-profit organization located at 1221 S. Salina St., is offering free, weeklong summer camp programs for students in third through sixth grades. Gina Rivers, the program director, says the weeklong workshops are concentrated on robotics and technology. Rivers says that grants from organizations like the Jim and Juli Boeheim Foundation have helped keep their camps free. To register for one of Mercy Works’ weeklong workshops, interested students must sign up at one of two events to be held this summer.  The first will be held at noon Saturday, July 2, at the Libba Cotton Grove Park near Castle and State streets. The second will be held Aug. 13, at the Spirit of Jubilee Park on South Avenue.

Abbott says that while many day camp options are geared toward students between ages eight and 13, the city has an array of summer activity options for all age groups.  This summer, between July 5 and Aug. 19 the city will host day and evening “drop in” recreation activities at city parks. At evening “drop ins” youth up to the age 19 can participate in supervised activities and games. The city offers free public swimming at all outdoor pools beginning at noon or 1 p.m.

The camps highlighted in this article are only a sampling of the summer activities that can be found in Syracuse. Whether a student decides to try Say Yes, soccer or any other camp, Abbott says he has one piece of advice for all campers: “come prepared for active fun, an open mind and a willingness to try something new.”