Donations help campers get the most out of summer camp

Close to 20 paper bumblebees, adorned in sparkles and all colors of the rainbow, hang from the ceiling of the arts and crafts room at the summer camp run by Greater New Testament Missionary Baptist Church. A table in the room is filled with markers, crayons, magazine cutouts and coloring books. 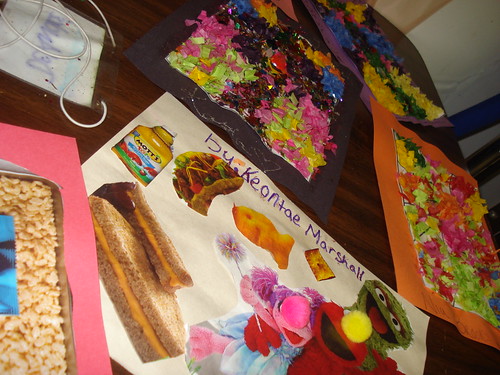 Campers have fun making collages and creating posters as part of the arts and crafts offered during camp at the Greater New Testament Missionary Baptist Church this summer.

Last year, campers had less to work with. The new supplies are possible because the church, at 1121 South Salina St., asked parents to donate for this year’s summer camp because the economy has made it more difficult to provide resources for activities and schedule field trips for the kids.

Asking for donations has had both positive and negative effects. The Rev. Andre Dowdell, 42, of Greater New Testament Missionary Baptist Church, estimates that close to 70 children attended last year’s summer program. This year, however, about 50 children, ages 5 to 14, attend the camp.
On the plus side, the additional funds have allowed for upgrades to the program. 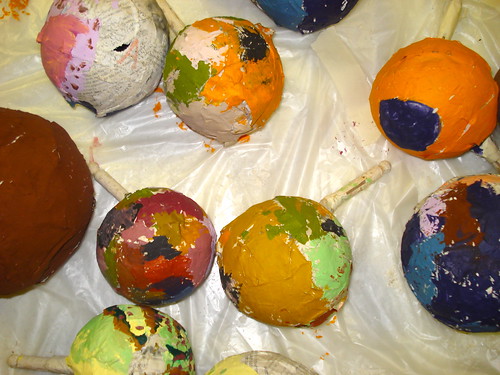 The arts and crafts table is covered in colorfully painted paper-mache balls, made by campers.

Cheryl Glover, 58, oversees the arts and crafts at Greater New Testament Missionary Baptist Church’s summer camp, doing crafts with the campers on Mondays, Tuesdays and Thursdays. Compared to last year, the camp has more craft supplies. In the past, Glover had to make copies of coloring book pages since there weren’t enough for all the children.

“When the children complete a project, they have a sense of accomplishment,” Glover said.

Greater New Testament Missionary Baptist Church is one of seven churches and community organizations that partnered up for Project SAFE, which stands for Safe Summer Activity and Fun-filled Experiences. 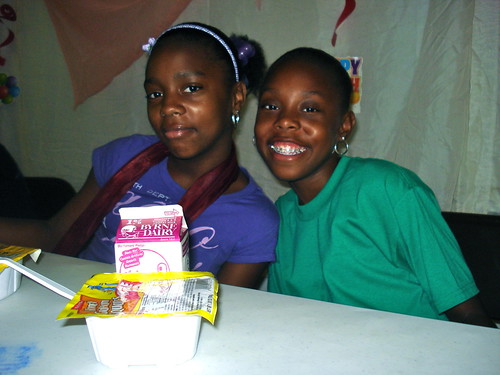 In addition to providing breakfast, lunch and snacks throughout the day, the camp teaches Biblical lessons, holds classroom activities, has recreational activities and goes on field trips. “The camp gets a hold of the children to keep them off violence and drugs,” said Charles Jackson, 52, a volunteer at Greater New Testament Missionary Baptist Church.

At a meeting held before the summer, Dowdell, coordinator for all summer campsites of Project SAFE, informed parents that the camp would ask parents to donate $100 per week for each child. “(The camp) is putting money back to the children,” Dowdell said, as he explained the various upgrades to the program.

For example, this year, the camp has contracted with a bus service to provide transportation two days of the week. The campsites are located in the city, with little green space for playing. The camp even took campers to places like Beaver Lake and Onondaga Lake.

Dowdell estimates that 65 percent of the parents are donating. Many are giving each week; some are making a down payment and paying later. “Parents were receptive to it,” Dowdell said. However, parents weren’t required to give money, he said.

Dowdell said that some parents immediately chose not to send their kid to camp once they heard the camp would be asking for donations. They were unaware that no child is turned down from the summer camp and that donations are not mandatory, he said.

Dowdell plans to ask parents to donate next year.

Vonsere Miles, 39, has a son and daughter who attends the camp.
“I believe we should be able to give,” Miles said. “The camp is important to the children because it’s different. … It sets them apart from things they could be doing that are not positive.”

Iris Clark, a retired VA Medical Center employee, has volunteered at the camp, doing administrative work for the past two years.

“(The camp) keeps the kids off the street,” Clark said. “We don’t know where they come from or what their story is. A lot of parents have to work and have no where to send the kids during the day.”

In addition to volunteers, the Greater New Testament Missionary Baptist Church has counselors who help. Hired by CNY Works, community youth, ages 14 to 24, have the opportunity to be counselors while getting paid minimum wage. The counselors serve as role models, Clark said.

Although Ashley Jackson, 18, volunteered at Greater New Testament Missionary Baptist Church last year, this year she was hired by CNY Works to be a counselor. Jackson, who is serving as an assistant teacher at the camp, helps kids work on lesson worksheets and plays games with the campers.

Jackson, who hopes to become a teacher, believes the experience is rewarding. 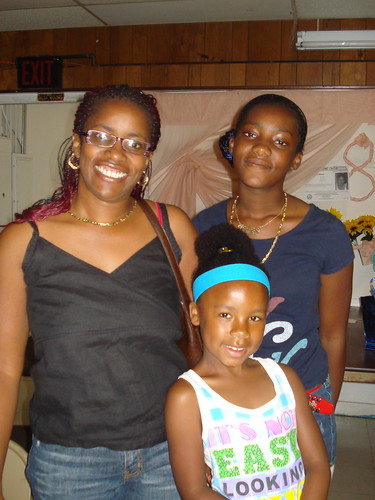 “Many of the kids are misunderstood,” Jackson said. “Here, we find a way to interact with them. … We don’t know what type of home they come from.”

When Wan’que Green, 18, another paid counselor, took care of twins at the camp last year, she heard stories about their home life. “It was good that they came, so we know they were taken care of during the day at least,” Green said.

Dowdell said he tries to keep the kids so busy at camp during the day that they’re worn out when they arrive home. “They have nothing left to do but go to sleep,” he said.

The camp at Greater New Testament Missionary Baptist Church is a six-week summer camp that started July 13 and ends Aug. 16. The camp is held five days a week from 8:30 a.m. to 4 p.m.

— Story and photos by Nicole Krestos, a Syracuse University graduate student in the S.I. Newhouse School of Public Communications