“Look at them, they look like they’re going some place,” said LKM President Linda Ervin as she presented awards. Carolyn Tyler Memorial Award recipient Majay Donzo says she will. A graduating senior at Fowler High School, Donzo will use the scholarship to study criminal justice at Marius College in the fall. Born in Liberia, Donzo moved to Syracuse in 2005. She now speaks English fluently, plays volleyball and volunteers her time in the community.

“Everywhere you go, there are obstacles you have to overcome to get you where you want to go,” Donzo said. “My parents and family have been my biggest motivator.” 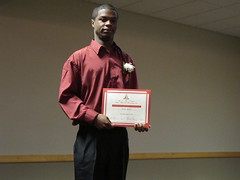 The Syracuse alumni chapter of the Kappa Alpha Psi Fraternity also presented their own scholarship awards at the event. Darris Marson, a Henninger High School senior, will use his scholarship to study biology and chemistry at New York University in the fall.

He says that part of scholarship’s message is leadership, which he hopes to accomplish while at school.

“I was honored to receive it,” he said.

When it comes to his education, Mason already has a goal in mind—studying treatment for HIV/AIDS.

“It’s getting out of control in these communities,” he said. “I want to be a pioneer for people to start paying attention to it in our community.”

After his college graduation, he said he hopes to return to Syracuse and help fight the HIV/AIDS epidemic in his hometown.

Thirty-two students in all were honored over a popular buffet of fried chicken, fish and salad at the Drumlins Country Club. 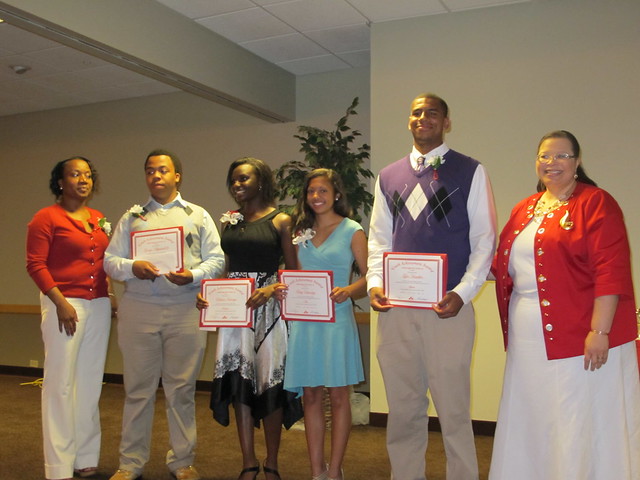 Former KAPsi Treasurer Marion Ervin couldn’t have been more proud. “I think it’s great to see students exceeding expectations, doing well and being recognized for it,” Ervin said. “It’s an opportunity to get away from the negative things in the media that you hear. We’ve got many more good kids than bad … overwhelmingly good.”

This is the 42nd year that LKM, a sorority for professional women, has organized the event.

“The purpose is to highlight youth the city through academic achievements, sports, community service, science and the arts,” said Kathy Hodge-Davis, the second vice president of LKM. She said the organization received more than 100 applications for the scholarship awards.