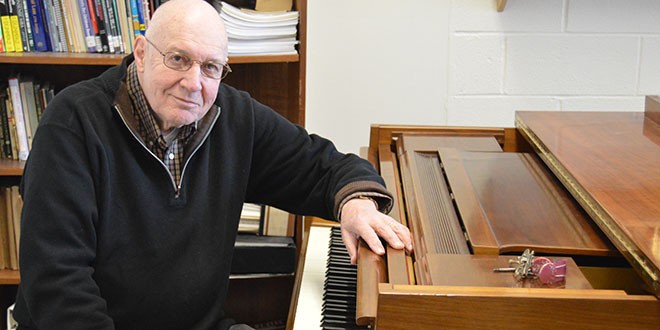 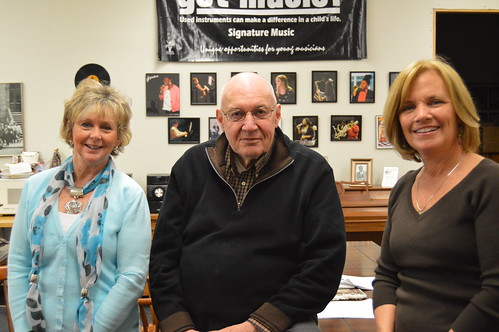 Dr. Richard W. Ford by most people’s standards would be described as a physically large man. He stands just over 6 feet tall and has hands that could probably span better than an octave on a Steinway grand piano. His voice comes across with authority and with clarity, without force or intimidation.

“Dick,” as he likes to be called, is a man who has something to say and can back it up. So he does.

He was born in 1937. The Great Depression had only recently begun to subside in some areas and many families were still struggling. It was the year that the Hindenburg exploded and Amelia Earhart disappeared over the Pacific Ocean never to be seen again. But there was an upside to the era: The music was good.

Count Basie’s “One O’clock Jump” and Duke Ellington’s “Caravan” were near the top of the charts, and Benny Goodman’s “Sing Sing Sing (With a Swing)” was No. 1. Ella Fitzgerald and Billie Holiday were also on the charts, as well as Bing Crosby and Tommy Dorsey.
All that good music must have rubbed off on Dick. He caught the music bug at a young age. 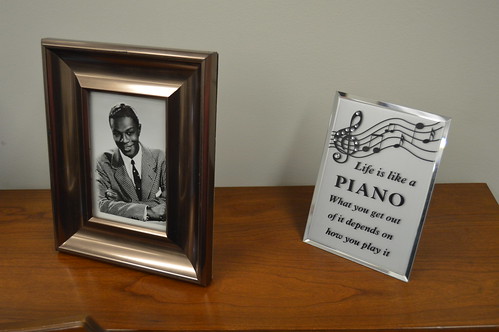 Dick was adopted by the Ford family of West Winfield, New York. West Winfield is a small village a little bit south of Utica. When I say small, well, the 2010 Census placed its population at only 826 people. The Fords allowed him to begin taking music lessons at a young age and gave him the opportunity to pursue his education. By the time he was in high school and then college, Dick was leading his own jazz bands and mimicking the sounds of the Duke and the Count.

Ultimately his educational path led him through two more colleges. Dick earned a master’s degree in administration from Colgate University, and in 1966, a doctorate of education at Syracuse University. It was those beginnings and achievements that set the foundation to back up the things he says and does now. 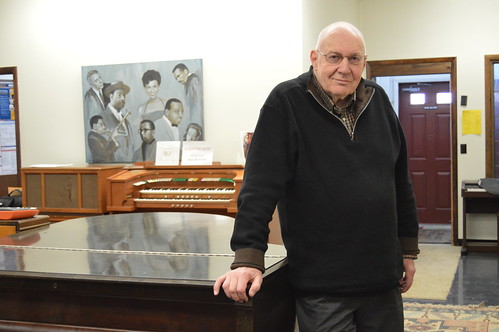 “Education is the key, and a career as a music educator is a fine choice,” he said.

He believes this is a way out of poverty for many kids of poor urban upbringing.

“Kids who are genuinely interested in music can learn to sight read, sing and play instruments regardless of their ethnicity and socio-economic status,” he said.

He knows that many kids with talent, particularly in urban settings, see pursuing a career as a big music star as their ticket. This can be the way for a few but he said that it can be “hit or miss.” And it’s mostly missed.

Having been a teacher and superintendent, he understands the inside dynamics related to being an educator. “A teacher’s entry-level salary in most public school systems today is about 45 to 50 thousand annually,” he said. “They work only about 180 days a year and get all major holidays off. They’re also off during winter, spring and summer breaks.” He went on to express, “Those base salaries don’t include the extra money that teachers can earn for providing after-school instructions, like directing band or coaching sports.” As well, “many of them also play in professional wedding bands sometimes earning thousands of dollars in extra cash.”

He didn’t finish there. “A teacher can retire after 20 years or so with their pensions and benefits and can begin new careers if they want while they’re still young.”

Becoming a music teacher, though, for many kids in urban settings may be just as much out of reach as becoming a “rock star.”

“To be accepted in most college music programs, kids have to pass an audition,” Dick explained. “To pass the audition, they will need to have had some type of formal one-on-one training which is not offered in the public schools. Most white kids from suburban schools have already had a few years of private lessons by the time they get to the college level. Many have played in the school band and have had opportunities to attend and perform at elite private functions. And a lot of their parents can afford to purchase or rent instruments for them to practice.”

Dick believes this gives those kids an advantage.

“There is a lot of ‘institutional racism’ in the public school systems,” he said. “The students are always represented in studies by race. The studies usually compare the achievements of white students against blacks, Latinos, Asians, Native American, Pacific Islanders and others. This matrix invariably shows non-white students underachieving in comparison to white students.”

Dick believes the disparities are not about race but about poverty versus privilege. “The results often dictate how funding is distributed and the focus of curriculum. Music and arts gets cut.”

Dick backs it up 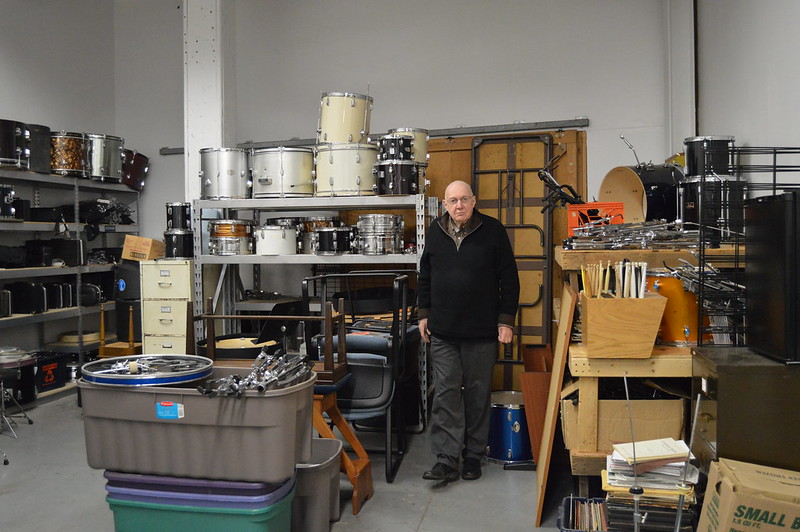 In 1993, Dick began Signature Music Camp, now known as Signature Music Summer Camp. The camp is held at his alma mater, Ithaca College. Music students from all over the United States and the world have attended, although most students are from New York state. The camp runs two sessions during the summer for middle and high school students. The kids stay in the dorms with 24/7 adult supervision. Some scholarships are available.

Signature Music Camp provides an opportunity for students to grow and network with others in their age and peer groups. But it doesn’t provide the regular one-on-one lesson and the other necessary supports that urban students need to compete.

In 2000, Dick formed Signature Syracuse, which provides just that for the Syracuse City School District.

Since its inception, it has provided free instruments, private lessons and mentoring to scores of students interested in music.

Dick’s music program is very well accepted within the community it serves, as is demonstrated by the support it gets from the slew of familiar institutions. Among them: Bethany Baptist Church, DeWitt Community Church, Hopps Memorial C.M.E. Church, Nojaim Brothers Supermarkets, the Syracuse Sunrise Rotary Club and many more.

Dick is an honorary member of the Syracuse Inner City Rotary Club. It consists of some prominent members of the community that his music program serves. He also has been awarded twice by the NAACP for his achievements in the community.

Dick is looking at a succession plan for his music program. This is not to indicate that he is prepared to retire. But he is realistic and knows that having a plan in place is good business. “Don’t just talk about it, be about it.” Dick not only talks the talk, but he walks the walk.