Jeff Houston on the Obstacle He Overcame

The JProject Band and His Vision to Use Music for Change

The JProject Band won’t be constricted to a genre but more so a feeling. “We play feel good songs; we’re just eclectic lovers of music,” said co-founder and guitarist Jeffery Houston. His band will perform Sunday, June 20, at the Southwest Showcase Sundays.

As a youth you could catch Jeff walking the streets of Syracuse with his guitar. He was inspired by a couple of local hometown favorites Bobby Green and Marcus Curry. In 1991, Jeff was diagnosed with Hodgkin’s Disease. The disease and the effects of the treatment had rendered him unable to play for a while. It was at that time Jeff said, that he realized his deepest connection with music.

In his own words he says: “Music heals the soul. The whole time I was sick all I wanted to do was get back to playing my guitar.” Jeff credits his love for music and the ability to play his instrument as an integral part of his recovery.”

Jeff, along with his brother and lead vocalist Mike Houston established the band in 1995. 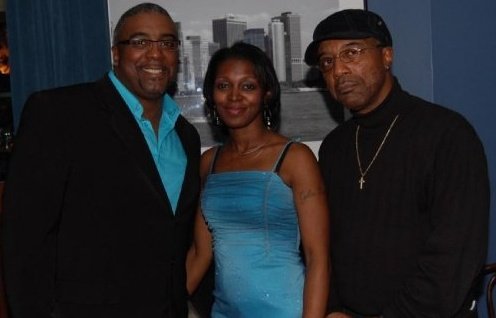 Members of The JProject Band include, from left to right, Mike Houston, Angela Washington and Jeff Houston.

Nineteen years later, healed and inspired Jeff and his JProject band have become a large part of Syracuse’s live music scene. The JProject band covers songs by greats such as Maze featuring: Frankie Beverly, Marvin Gaye and Anthony Hamilton. Jeff also shared with me that in the 15 years of the JProject’s existence many of Syracuse’s professional musicians have jammed with the band at one time or another. This is a fact that he cherishes.

Jeff is an advocate for the education of our youth and is “saddened” by the excessive violence that is happening in the Syracuse community. Jeff would like to use the platform of music to establish seminars for our youth. He would like to show the connections between all genres of music and how music can bring people together. He feels that by teaching youth about the ways in which all people can be connected through music can reveal to them ways in which it can be used to motivate people in more positive directions.

Jeff also wants us to know that “Just Jammin” is what the “J” stands for in the JProject Band.

— By Victoria Coit of Evoke Change

A Friendly Five is created and coordinated by Reggie Seigler. This regular column highlights the music and history of Syracuse’s South Side music scene. If you are a local musician and have an idea for A Friendly Five future column, contact Reggie at reggie@softspokenband.com or call (315) 479-9620. 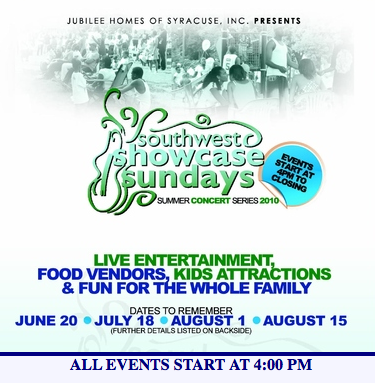