Thirteen-year-old Jaclyn Turner knows what it’s like to be bullied.

An aspiring poet with a love for the band Rise Against, Turner wears her curly hair cropped short. She says she can’t grow it out because of an autoimmune disease, and used to wear wigs to cover it up.

“I used to get bullied all the time,” Turner said. 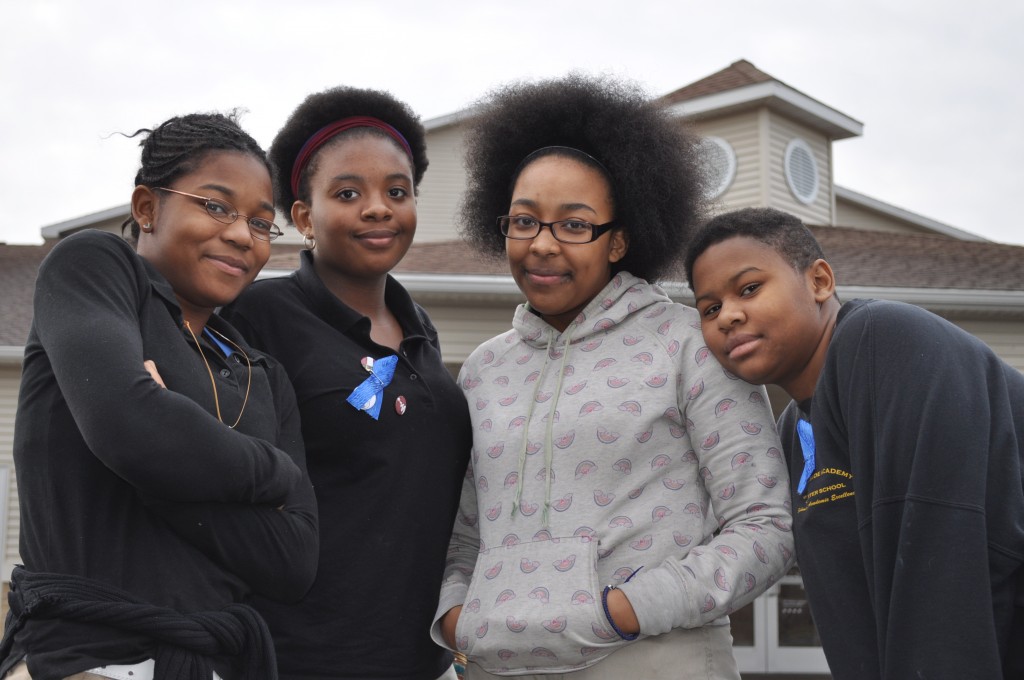 Her experiences inspired Turner to organize a bullying awareness event at her school, the Southside Academy Charter School. She enlisted the help of the student council — known as the Principal’s Advisory Committee, or PAC. Together, they planned events with the help of teachers and administrators and created Stamp Out Bullying Week.

Nearly 700 students in the K-8 charter school participated in class discussions, signed a “No Bullying Pledge,” and marched in an awareness walk along Onondaga Creek Boulevard and Atlantic Avenue.

“Anytime they can have a week and have ownership of it, as a principal, I just try to get myself out of the way and guide them through the process,” said principal Delvin Vick as he pinned blue ribbons to be sold during lunchtime. “I just love it.”

The proceeds from the ribbon sales will go towards Stand for the Silent, a national campaign to raise awareness and support victims of bullying.

“Everybody in our class has one,” said Briana Jett, a fifth-grade PAC member.

Eighth-grader Zacqueline Baldwin helped to organize a school-wide poetry contest so students could write about their own thoughts and experiences with bullying.

“Sometimes they can’t say it, but it’s easier for them to write it out,” Baldwin said.

For Jacklyn Turner, the week is something she hopes she can leave for younger students when she attends Corcoran High School next year.

“I think I inspired something,” Turner said. “Everybody has to help if they want something done.”