Sharon Contreras, 41, will take the reins as superintendent of the Syracuse City School District after a unanimous vote of approval by the school board March 16.

In her new role, Contreras will oversee a school district with 34 schools, roughly 20,000 students and 4,000 staff members. She will also inherit a district that has wrestled this spring with a $50 million budget gap and a plan to cut 584 staff members. The district’s 2011-12 budget of $331.7 million is 6.4 percent lower than last year’s, due to cuts in state aid. 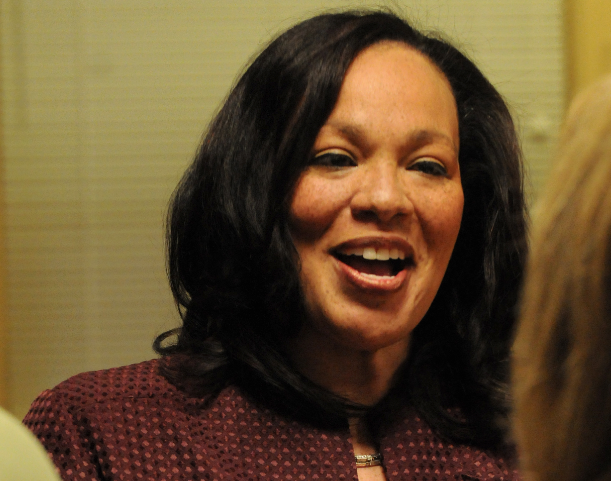 “The number one quality that Sharon has, in my perspective, is her expertise in helping urban districts improve student outcomes,” said Richard Strong, school board president. “She has had great success in Rhode Island and Illinois, and we’re hoping to have her do it here.”

Strong said he admires Contreras’ collaborative spirit in managing situations, which he said is preferable to a top-down style.

“Our hope is that Sharon Contreras will use her ability to build consensus, improve graduation rates and test scores, and in learning overall,” he said.

Contreras signed a three-year contract, specifying $204,000 as her starting salary. The contract offers a $10,000 bonus in the first year, and $15,000 in the second and third years if she meets goals set by the board. Current Superintendent Dan Lowengard’s salary was $199,000 last year and $207,000 this year. He will retire June 30. Strong said the board offered Contreras the salary to ward off competitive bids. “We weren’t her only suitor,” he said.

Contreras is the chief academic officer of Providence Public School District, a position she has held for four years. The district has 42 schools, 23,561 students and 3,236 staff positions. It shares similarities with the Syracuse City School District, with its high minority student population, low graduation rate and a budget crisis.

Born to a Latino father and African-American mother, Contreras will be the first woman from a racial minority background to serve as superintendent.

Bernard Taylor, the superintendent for the Grand Rapids Public Schools in Michigan, was the board’s other choice as final candidate until he withdrew. He said in a written statement he felt he belonged in Grand Rapids.

Strong said a consensus emerged among board members behind Contreras before Taylor dropped out. Speaking of Contreras, Strong added, “She will get up to speed on issues like the budget, layoffs, construction projects, improving the curriculum, building relationships with stakeholders like county executives and Say Yes.”

A native New Yorker, Contreras was born in Uniondale on Long Island and graduated from the State University of New York at Binghamton.