Place Your Bid for Mr. Habitat

Syracuse gentlemen will be sashaying down the catwalk in a man auction Nov. 4.

Syracuse Habitat for Humanity’s Women Build will be hosting what they call, “the most fun event of the entire year.” Men from the community will be auctioning off goods and services — not themselves — for bidding at the sassy event for a good cause: the Mr. Habitat Auction 2011.

Deraux Branch, president of Branch’s Driving School, is a first time participant in this year’s auction. He said he got involved when Suzanne Williams, Syracuse Habitat’s executive director, asked him to. 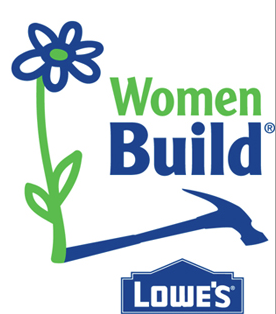 “When Suzanne asks, you just say yes,” Branch said with a laugh. “I haven’t even practiced how to walk; I’m just doing it.”

Each contestant will walk the runway to a song of his choosing and attendees will bid on the goods offered. Branch said he plans to strut to Right Said Fred’s “I’m too Sexy” — the Italian version — and will be auctioning off a Branch’s Driving School Experience Package, valued at $1,700.

Aside from funds raised at the auction, each contestant signed on to collect donations prior to the event. Most participants sign up to raise anywhere from $100 to $1,000. Branch decided he would go big and put himself down for a $5,000 fundraising goal.

So far, Branch has received 67 donations for a total of close to $2,500. With a little less than one week to go, Branch said he is confident he can reach his goal.

The gentleman with the high winning bid on auction night, plus the most donations from funds raised before the event, will be crowned “Mr. Habitat.” All funds raised will go toward supporting the Syracuse Habitat for Humanity’s Women Build House. According to Habitat’s donation site for the event, “the Women Build House is meant to empower women while eradicating substandard housing in Onondaga County.”

It is good to be doing something for a good cause, Branch said. “My cousins’ homes in South Carolina were built by Habitat, and I hadn’t even realized,” he said. “It’s a really good thing.”

The event will be held from 5 to 9 p.m. Friday, Nov. 4, at the Sheraton Syracuse University Hotel and Conference Center. Tickets to the event can be ordered here and donations can be made here.