Update: Organizers have postponed this event and, as of now, no new date is set

A South Side festival in late June will highlight local farms, community gardens and the importance of healthy eating habits. For organizer Mable Wilson, it’s the first time she has organized an event on a scale like this.

“It’s to show the warmth and beauty of the South Side, and that the South Side is progressive, where families live and enjoy each other,” she said.

When P&C Foods in the Valley Plaza closed in 2009, the neighborhood was left without a large supermarket. Victoria Coit, another festival organizer, says corner stores tried to fill the void by selling fresh produce, but the eating habits of South Side residents still suffered.

“Once you get used to eating certain things, it’s tough to break that habit,” Coit said. She says that healthy eating is one of the bigger factors in physical and mental health for a person’s well-being. 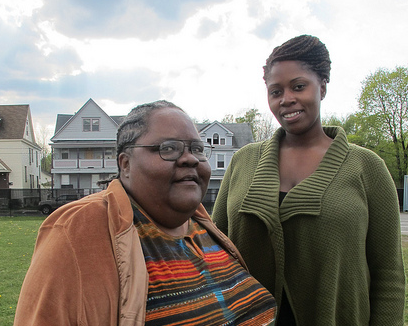 Organizers Mable Wilson and Victoria Coit stand at the future site of the South Side Grows Healthy Festival. -- Photo by Durrie Bouscaren

The South Side Grows Healthy Festival will kick off at 10 a.m. Saturday, June 23.

The festival will feature a farmers market to show- case locally grown foods. Electronic Benefit Transfer — EBT — will be accepted.

Organizers say it will be a time to learn, too. Workshops will teach participants how to can their own foods, and healthy cooking demonstrations will go on throughout the day. Bikes4Peace will offer bicycle repairs.

Activities for children and health screenings will also be available. At 12:30 p.m., a community awards ceremony will recognize South Side leaders.

Coit says another highlight of the festival will be a Community Cook-Off. Churches will have the opportunity to re-create a favorite dish in a healthy way to compete for a $1,000 first prize. Second- and third-place winners will receive $500 and $250, respectively. Participants will have until May 31 to enter.

Growing up, Coit lived on the South Side for many years. She says that her grandparents taught her to keep her diet full of fresh fruits and vegetables. A cooking hobby from childhood led to a brief stint as a chef in Washington, D.C. Ensuring access to healthy food has been a passion of hers ever since.

“Social conditions directly impact your mental health as well as your diet,” said Coit, referring to herself as an example. “I’m not as impactful as I can be when I’m not healthy.”

In Onondaga County, there are seven food desert areas: low-income communities where fresh, affordable produce is outside of accessible walking distance. Three of them are on the South Side. 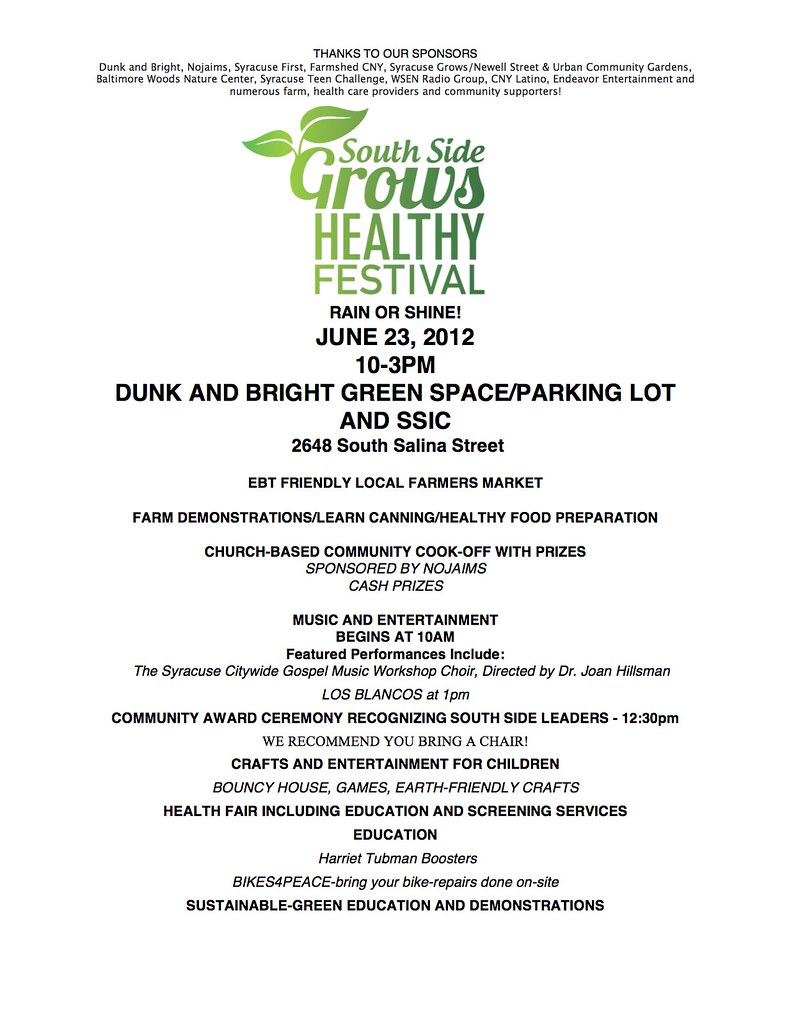 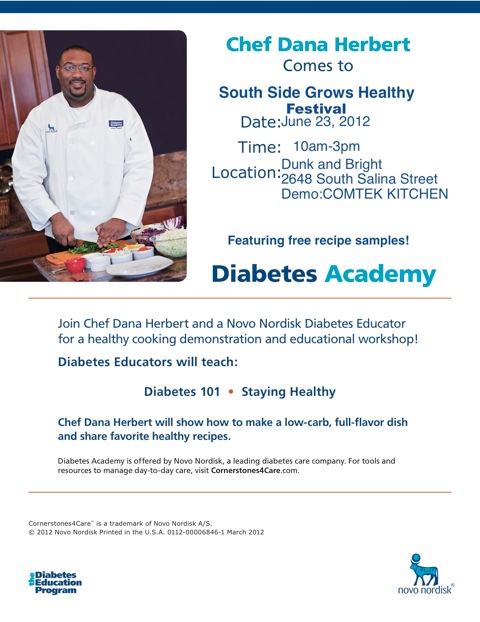