Census: Importance of Being Counted

Televisions across the country have been consumed with commercials urging Americans to fill out the 2010 Census. Numerous town hall meetings have been held to inform people about the census. And now the census forms have finally been mailed to residents. But is anyone filling them out?

Some people in the South Side still don’t see a reason to, but the ones who are filling it out have a specific reason as to why they are.
Nicolette Betts, 19, said she does not know what the census form is. “I’ve seen it on commercials, and I know it’s supposed to be better for the community,” said Betts, an employee of KFC. “I just don’t know what it is really.”

Federal and local officials have been coming to the South Side for months holding information sessions to help residents understand and learn about the Census. But now that the Census is finally in the community’s hands, only some know what filling out the 10-question form can do. 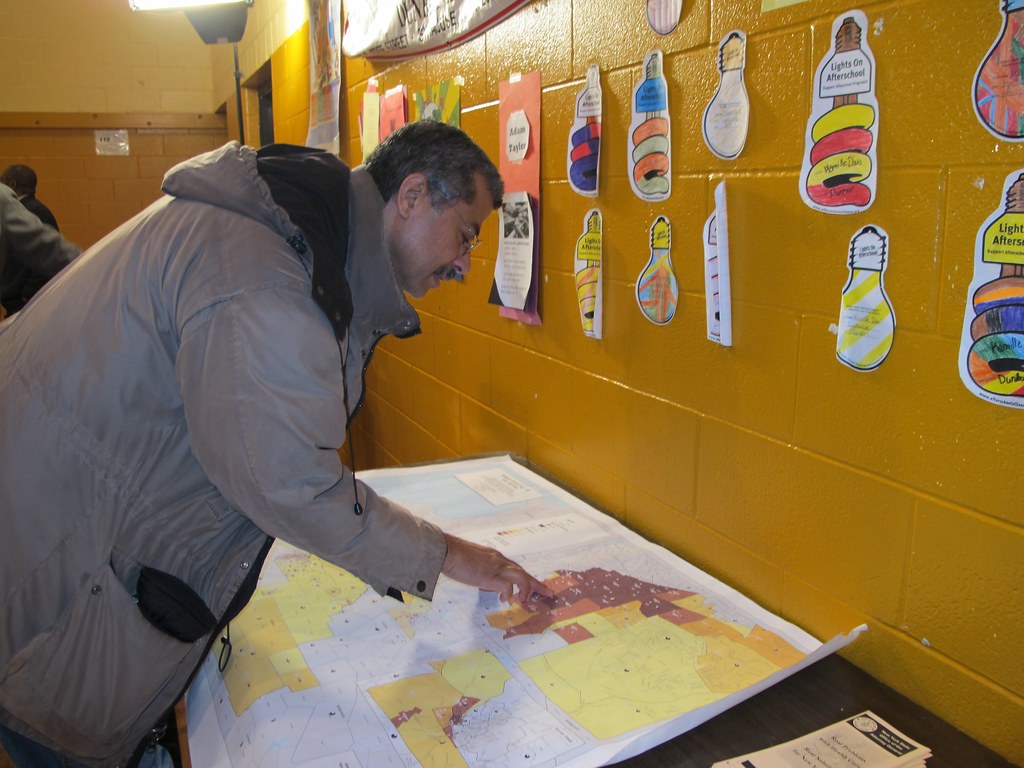 Curtis Harris, 34, while at a Census meeting held Feb. 10, is pointing to where he lives on a map of New York state. The map shows what locations need the most help in counting people, by having the area in dark brown. The South Side is one of them.

Kristen Kuhles, an official with the U.S. Census Bureau, said the amount of federal dollars given to Syracuse depends on the number of people counted through the Census form. If fewer people fill out the Census, Syracuse will receive less money because it will seem as if the population has decreased.

Calvin Givens, 48, was raised in the South Side and said he has never filled out a Census form before.  He said he knows the more people fill out the form and are counted will increase the amount of money given to his community.

“I will this time,” Givens said of filling out the form. Currently unemployed, Givens said he wants any money allocated to the South Side to be spent on “building up the community.”

His uncle Andrew Thomas said with the recent news of possible parks closing, the government needs to use money given to the community on building places for children to go after school.

Orlando Sullivan, employee of Blues Brothers Barber Shop, said this will be the first time he will fill out the form as well. Although he said he doesn’t feel very informed about what exactly the Census stands for, he still plans on filling it out.