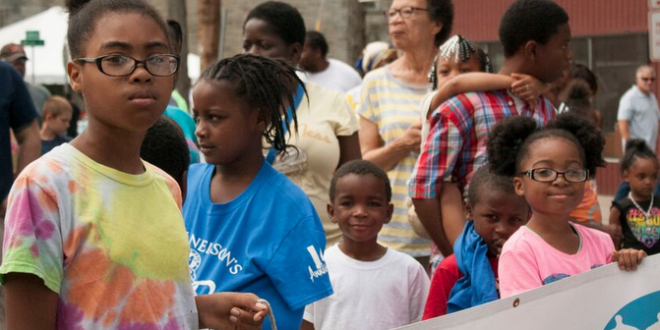 Back to School Giveaway Serves Thousands of Students

Thousands of Syracuse City School District students lined up in the hot sun on the corner of South Salina Street and Wood Avenue Saturday morning for one reason. The students were to receive backpacks and other school supplies from the 14th annual Mary Nelson Back to School Barbeque and School Supply Giveaway.

The event was presented by the Mary Nelson Youth Center and served local students from grades K-12. Organizers of the event expected 12,000 students by the end of the day.

The event began at 11 a.m. with a parade around the neighborhood led by the participating students. 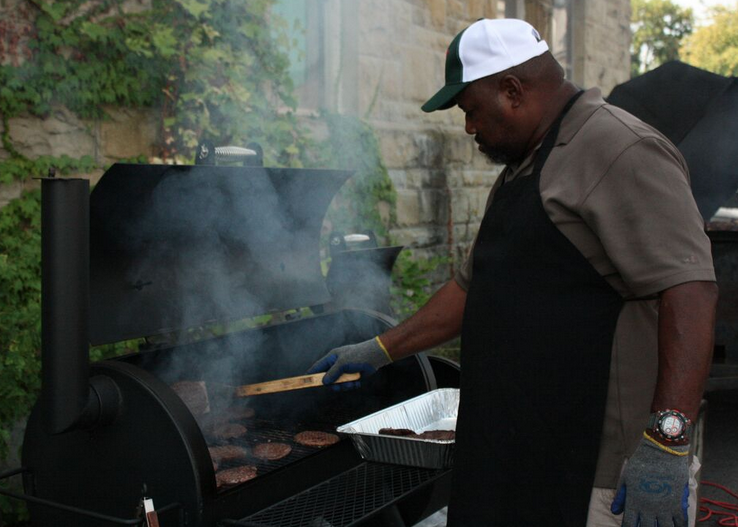 Following the parade, a barbecue provided hotdogs and hamburgers to attendees. Once everyone was served, Comedian Jay Real, a Syracuse native, kicked off the opening ceremony.

The ceremony began in prayer led by Pastor Robinson of the Southern Missionary Baptist Church. Nelson then took the stage to speak about the importance of youth in Syracuse.

“Kids are first. They are number ones in our lives,” Nelson said. “We are losing them each and every day.” 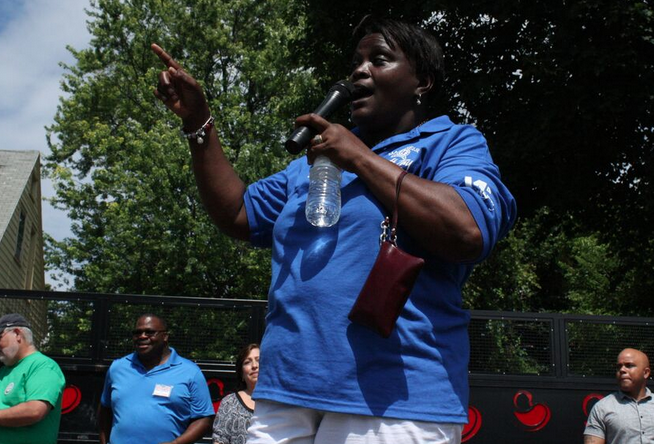 Nelson spoke directly to the parents in the audience.

“If they’re coming home to put money in your hand, something is wrong with that.” Nelson said. “Something is definitely wrong if your children are coming home paying your cable bill or your national grid.”

She spoke about losing her first-born nephew to gun violence 14 years ago and losing her brother this year.

“I wanted to give up. I didn’t want to do this anymore,” Nelson said. She used her own loss to encourage audience members to teach love to children in order to cause change.

While he is not a candidate for the upcoming elections Judge Michael Hanuszczak, family court judge, addressed the crowd as well.

“I can’t think of a better thing to do than get kids off to a good start in school,” Hanuszczak said.

When several scheduled acts were not in attendance, Real invited audience members to the stage and have their voice be heard. Participants in this open-mic style segment included Clifford Ryan, an “OG against Violence,” who performed a spoken word poem entitled “Because I Am.” 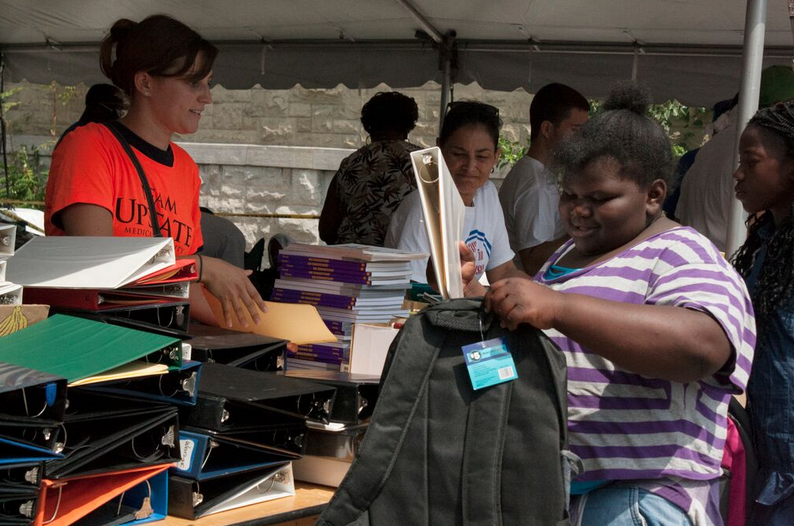 The distribution of backpacks and school supplies began at 1 p.m. Each child received a backpack, many decorated with colorful designs or Disney characters, including Anna and Elsa of “Frozen.” Students filled their backpacks with school supplies based on the grades they would enter in the fall.

“Mary takes a lot out of her pocket,” said Sheilia Miledge, a team leader at the event.

Throughout the event Real encouraged attendees to follow Nelson’s example and expressed the importance of giving back to the city.

— Article and photos by Maggie Gilroy, graduate student with the Goldring School of Arts Journalism at S.I. Newhouse School of Public Communications