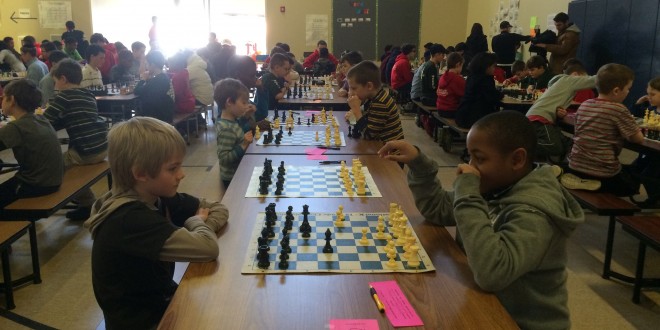 Last year there were 62 students in grades kindergarten through 12th that played in the county tournament, said Anton Ninno, a Southside Academy teacher who has organized and hosted the county championship for the past seven years. Typically, he sees 50 to 60 students coming to the tournaments. 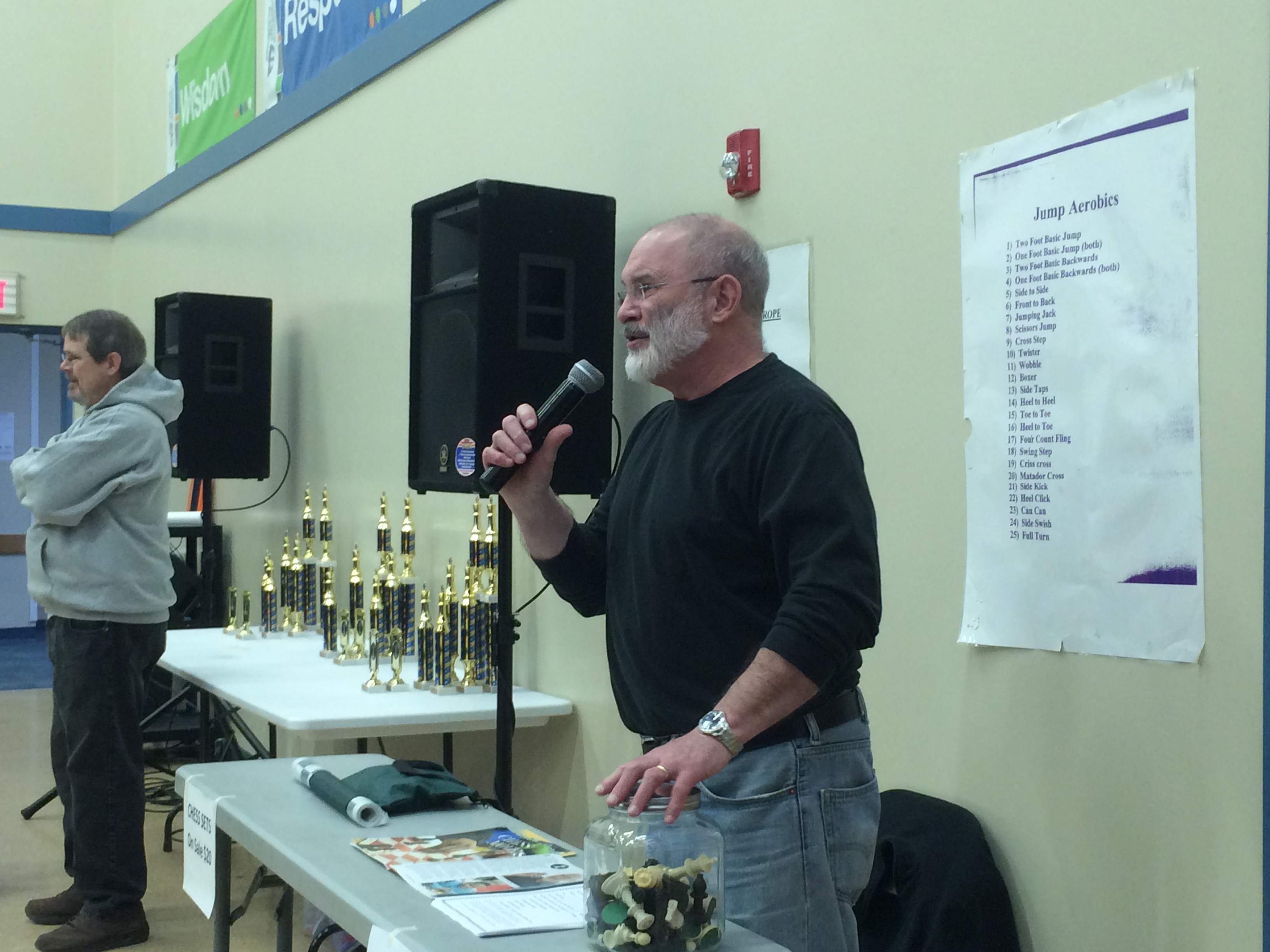 Anton Ninno, one of the 2016 Onondaga County Chess Championship’s organizers, speaks to students and parents in between rounds. Ninno has hosted the county championship for the past seven years and taught chess for the past 25 years.

Ninno said he was expecting to have more students this year, but he did not think that there would be more than 100 children playing. One possible reason for the larger turnout is that there were more teams and chess clubs attending the tournament.

Although the organizers and participants were pleased with the bigger crowds, they first had to deal with the unexpected shortage of chess sets. However, there were enough players that brought in their own equipment that they were able to have all participants play.

Each participant played four rounds of non-elimination chess. After each game, the two players filled out a results sheet to give to Bob Nasiff, the chess master for the championship. The organizers gave out trophies, medals and small prizes to all the players, depending on how well they played.

Chess is not about winning or losing, Ninno said. “The bigger picture is that chess is the great equalizer,” he said. Regardless of your gender, language, race and age, anyone can practice and compete. What matters is that players experience academic, social and emotional development, Ninno adds.

There has been both quantitative and anecdotal data showing that there is a correlation between playing chess and academic achievement. A 2000 study from the Open Journal of Social Sciences found that students who learned how to play chess were significantly more advanced in math, spatial analysis and non-verbal skills. Later studies have found similar results. 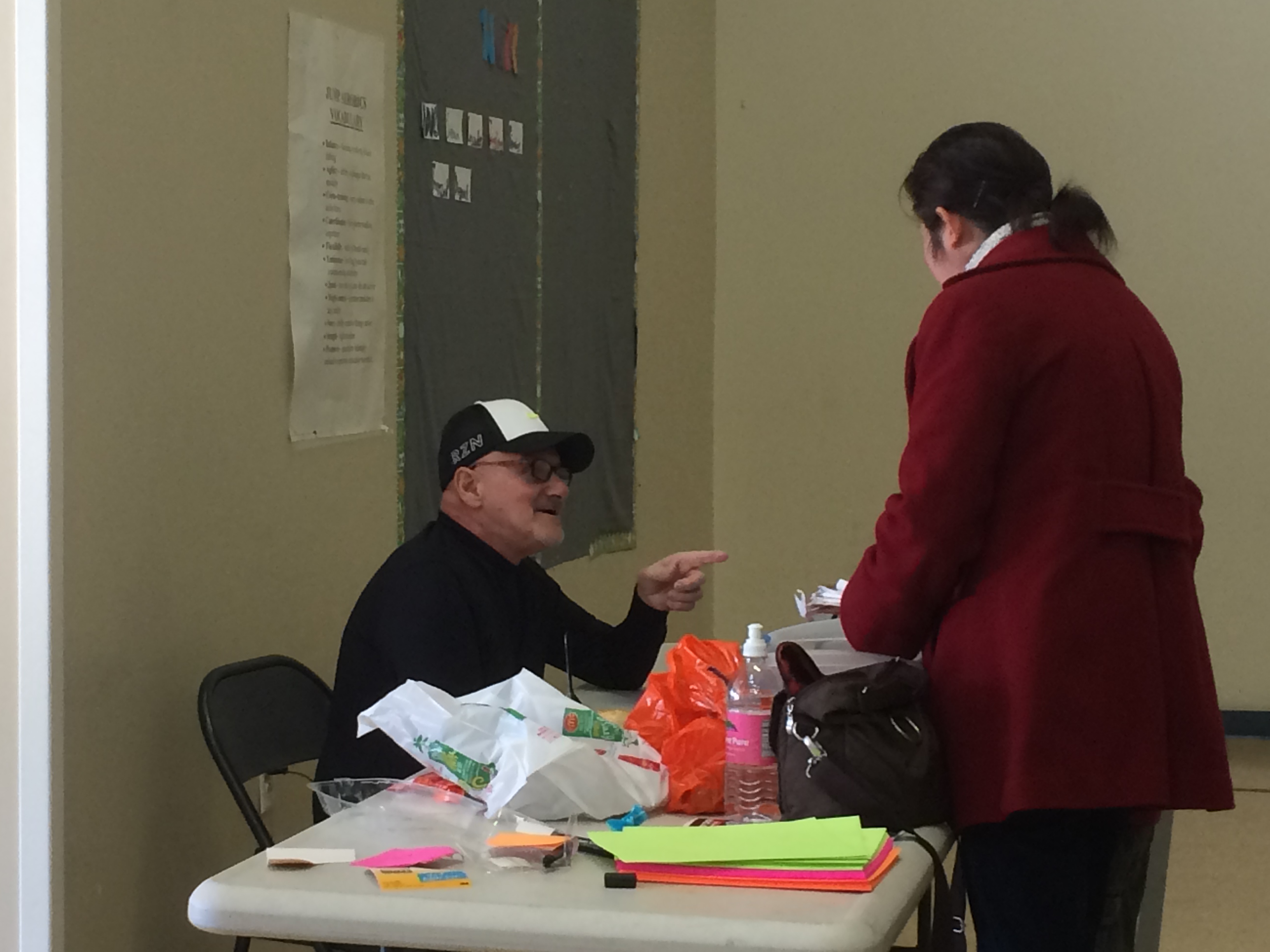 Bob Nasiff, the chess master for the 2016 Onondaga County Chess Championship, talks to a parent as she registers her child for the tournament.

“I’ve been teaching chess for 25 years, and nobody has told me to stop teaching chess,” Ninno said. “What principal would say ‘I don’t want a chess club at my school?’”

Coaches and parents at the county championship also said that chess has become a formative activity that has helped the kids develop skills while having fun. Michael McDuffie, a chess coach for the Golden Knights Chess Club of Lockport, New York, sees his players mature and become more confident as they continue to play chess.

For example, when a few of McDuffie’s elementary-school-aged players were at another tournament, they called him and told them they were scared. McDuffie asked them why and they told him what was scaring them: the big kids.

McDuffie told them that the big kids were probably more worried about losing to younger children than they were. By flipping the situation around, “a light bulb in their heads goes off” and they’re able to compete, McDuffie said.

“It gives the school exposure and lets people know that we’re involved,” said Ford, who helped Ninno and others set up for the tournament. “It lets everyone know that we are here.”

On a more light-hearted note, the tournaments are a way for children to have fun and for parents to see how the game works. Missy and Peter Sealy of Camillus brought in their daughter Delaney, a second-grader at Split Rock Elementary School, to participate in the tournament. Although she said she was scared but excited to play, Delaney Sealy walked away with a medal.

“She tries to teach me, but it confuses me,” Missy Sealy said.

“She has taught me how to lose,” Peter Sealy added with a laugh.