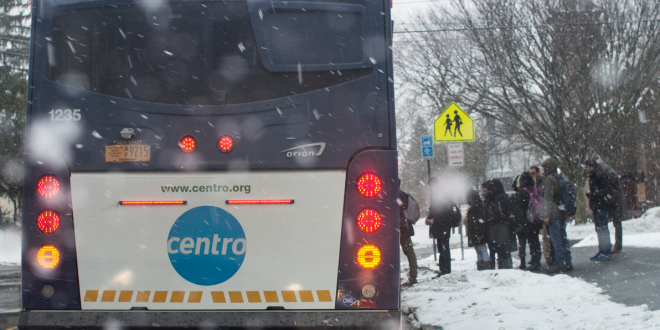 Syracuse public school students have won a small victory, having persuaded the city’s educational authorities to shorten the required distance from students’ homes to school in order for them to qualify to take a bus. 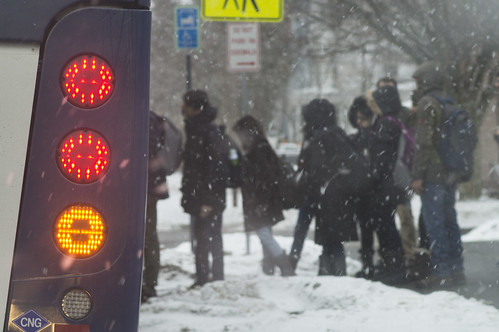 Syracuse public school students have won a small victory, having persuaded the city’s educational authorities to shorten the required distance from students’ homes to school in order for them to qualify to take a bus. Approximately 500 students will get bus passes to school starting Feb. 29, 2016. | Leonard Adams, Staff photo

The new rule followed complaints to the Syracuse City School District board by students and other local residents about the long walks for some students to get to school. The critics of the previous policy used the slogan, “Two miles is too far.” In December, the board said that students living more than 1.5 miles away would be issued Centro bus passes.

At a board meeting, Joyce Suslovic, a teacher at Henninger High School, said some students walking to and from school for 1.9 miles had to traverse neighborhoods in which they felt unsafe, if it were dark.

After the board announced its decision, Susan Fahey Glisson, president of Parents for Public Schools of Syracuse, thanked the school district and Centro for working together to create a way to provide bus passes for the 500 high school students living between 1.5 and 2 miles away from school. But she said there is still more to do, considering many nearby suburban neighborhoods provide transportation to every single student in their district.

“It is time for all parents, students, community members — and especially our elected officials — to value Syracuse children, and to figure out a way to provide a safe way to and from school for every child that needs it,” Glisson said. “As a co-worker said to me: ‘This seems like a no-brainer. Figure it out.’”

Kevin Ahern, president of the Syracuse Teacher’s Association, thanked everyone involved in allowing more students to get access to transportation. He encouraged students to keep advocating for their needs.

“I do encourage these kids to keep pushing for the smaller radius,” he said, adding that their work on the issue “certainly shows a great effort for people to advocate nationally about things they care about.”

Approximately 500 students will get bus passes to school starting Feb. 29.